Trump wants voters to believe he won the popular vote save for illegal immigrants. Then why object to a recount? 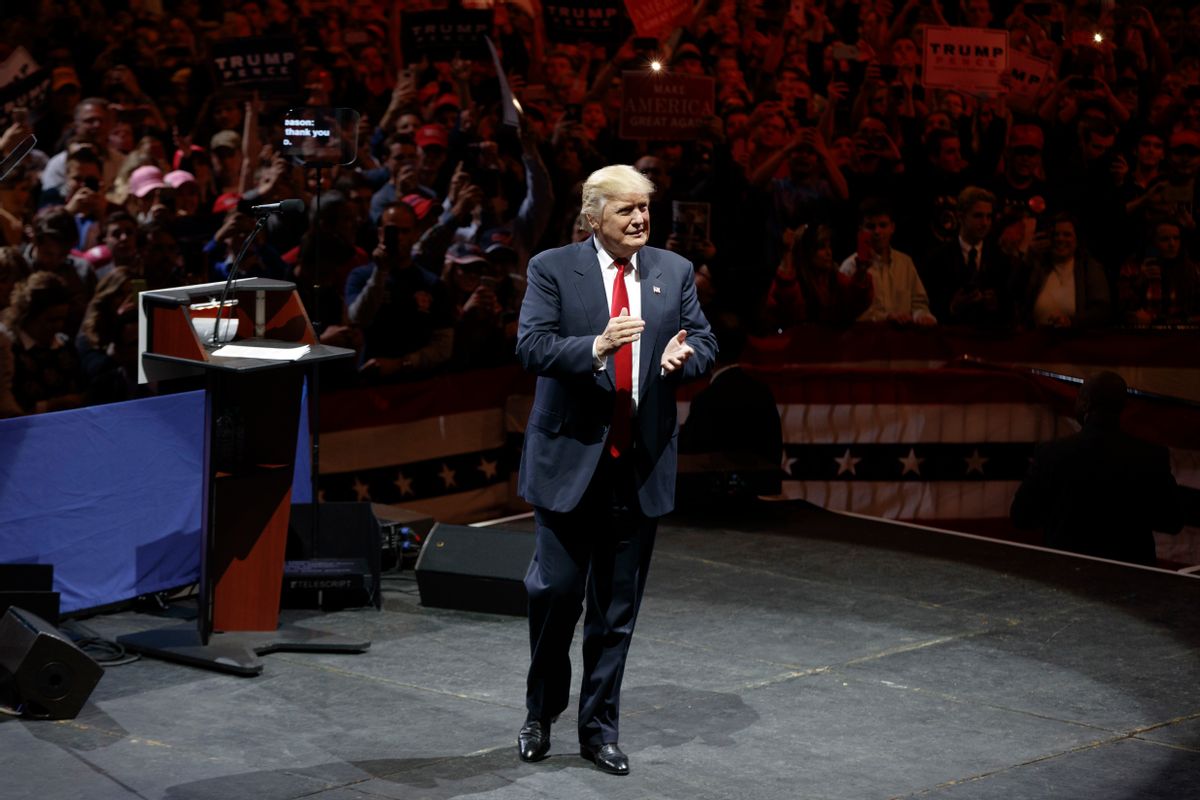 President-elect Donald Trump arrives to speak at an event to thank voters for electing him, Thursday, Dec. 1, 2016, in Cincinnati. (AP)
--

Last Sunday, President-elect Donald Trump began disseminating a bogus conspiracy theory that he would have won the popular vote had it not been for undocumented voters. This assertion, which was always based on nothing more than the wishful thinking of the bitterly racist right-wing fringe, was (perhaps unintentionally) contradicted by Trump's own legal team in their quest to stop Jill Stein's voter recount in Michigan.

As The Washington Post reported on Monday, the Trump campaign's filing in Michigan to stop the recount in that state based its case on the argument that there is no sound reason to believe any fraud occurred in the 2016 presidential election.

"On what basis does Stein seek to disenfranchise Michigan citizens?" the filing reads. "None really, save for speculation. All available evidence suggests that the 2016 general election was not tainted by fraud or mistake."

"The filing notes that both Michigan’s Republican governor and the White House articulated confidence in the results of the election," writes Rick Hasen, the Chancellor's Professor of Law at the University of California, Irvine School of Law, on his blog Election Law Blog. "The former refers solely to Michigan, of course, but the latter citation by Trump’s lawyers argues that there was no evidence of Russian interference at the national level."

In October, when it looked like Trump was going to lose the election, he repeatedly claimed that the contest was rigged against him and would only promise to accept the results "if I win." Now his legal team is arguing that the recount in Michigan is taking place because “Stein aims to sow doubts regarding the legitimacy of the presidential election.”