Huppert cherishes the work between actor and director, but not as one does a friendship; the movie's the thing 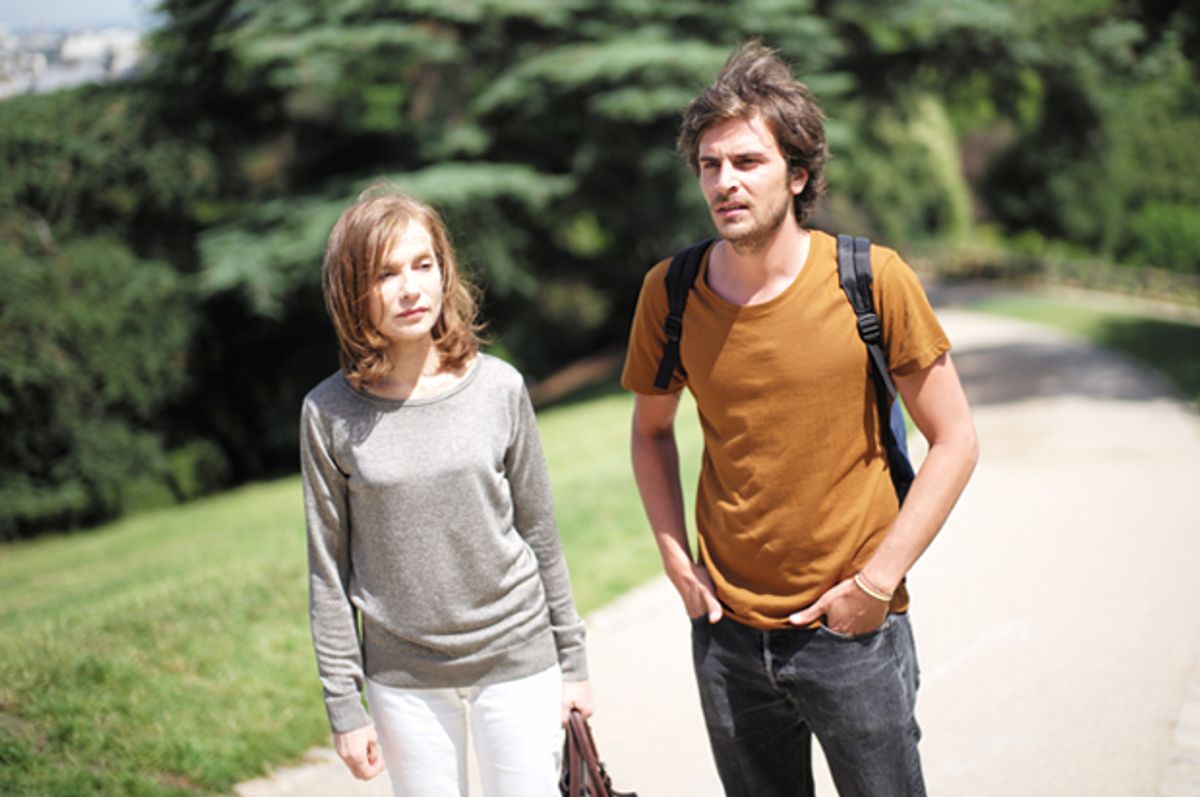 Isabelle Huppert, the fearless French actress, who last month delivered a dazzling portrayal of a rape victim avenger in “Elle,” plays a far more subdued character in “Things to Come.” In Mia Hanson-Løve’s lovely, perceptive drama, Huppert is Nathalie, a philosophy professor whose life changes considerably over the course of a year.

Her mother (Edith Scob) demands constant attention is put in a home. Her husband (André Marcon) chooses his girlfriend over his wife, prompting Nathalie’s separation and subsequent divorce, and her favorite student, Fabien (Roman Kolinka), is giving up on academia to go live in the mountains with anarchists.

Huppert excels at creating no-nonsense women who cope with the pressures of everyday life. Just watch how she reacts to a man who makes a pass at her in a cinema — and then follows her out of the theater when she rebuffs him. When Nathalie is on a bus, she goes from crying to laughing in seconds when she sees something out the window that surprises her.

What makes Huppert’s performance so tremendous is that viewers can glean her every emotion, even when she is just sitting on the couch, exhausted after another demanding day. Nathalie undergoes considerable change over the course of “Things to Come,” but she is rarely self-pitying, displaying an admirable grace as life knocks her down again and again. Salon spoke with the remarkable actress about her philosophy about her career and life in general.

There is a question Nathalie reads in the opening moments of the film, “Can we put ourselves the place of others?” This is what you do as an actress. What made you choose this career? Why is acting so essential to you?

I don't know. It's as natural to me as breathing. I forget reality. Acting is not difficult for me. Why do I like doing it? The value I get comes from the artistic encounters, which are priceless, and the relationships I have with directors, which are essential. My work relies on the directors. I like to work with certain kinds of directors. Michael Haneke, Claude Chabrol, and I love Curtis Hanson [who directed the 1987 film “The Bedroom Window” I was in]. These are not friendships but special relationships devoted to the making of the film.

Would you ever want to direct?

I would not direct. I'm too lazy to do it. I don't have the energy, courage, or determination. I'd do it out of curiosity but not to "say" something. I am privileged to act. It gives sense to my life. I get to do something I like the way I like — not that you don't have fights.

You are known for playing fearless women, from “Abuse of Weakness” and “Ma Mère” to “The Piano Teacher” and “Elle.” The character of Nathalie is less risky a role. Can you talk about Nathalie and what appealed to you about playing her?

All the characters I play are different, difficult and not difficult for me. What is appealing about Nathalie is that she is an intellectual. She's a smart person. Thinking is her main thing. In her reflection, she finds the answers to what she confronts as she loses everything. She teaches philosophy, but that doesn't mean she suffers. She is at the right place in her emotions, she is not a victim or an avenger. She copes as intelligently as she can. The irony in the film is that it's not too heavy or sentimental. Like [Michael] Haneke [who directed me in “The Piano Teacher”] said, “To drive emotion, take out the sentimentality.”

Nathalie fights against making the book she is writing more marketable; she is “against modernity.” You tend to take projects that may not be commercial. Can you discuss that aspect of your career?

I don't know what a commercial role or film is. Sometimes I make commercial films, but I never think about the role being commercial. It's the director. Even as a spectator, I think this. There's a large spectrum of cinema. I don't like the prison of genres. There are films made for large and small audiences.

Nathalie has a somewhat comfortable home life, with her husband and two children. Later in the film, Nathalie visits her student Fabien, who lives in the mountains with an anarchist group. Are you comfortable in the country or do you need the creature comforts of a city, like Paris?

I am more of an urban person. I'm sensitive to beauty and landscape. I wouldn't like to live in the country. Nathalie goes to the country because it's important for her to visit. Fabien [and his friends] made a political choice in their ideals. It's read [that they are] anarchists but they are more radical. She shows the contradictions of that. But then she loved her [ex-husband’s country] home in Brittany.

Yes, Nathalie laments that her soon-to-be ex-husband’s house in Brittany once meant so much to her. The film deals with letting go. How do you handle changes in life, be it transitioning from work or a move or a relationship?

I don't have a recipe for coping. You just cope or collapse or go to the hospital. She does not resent her situation. She is hurt, but she knows you have to go on. She is in constant movement. She is always walking, moving forward. She never stops.

Nathalie copes with many situations not of her own making from her mother’s dependence to her husband’s adultery and her issues with her publisher. You tend to play no-nonsense characters. How do you cope with the ups and downs of life?

In life, I am both strong and fragile. But when it comes to playing strong women in films, I follow the lines in the script. Distance is created by the irony. It spills down on the whole film. Irony helps Nathalie keep distance [from] all of the events. It’s closer to reality, the deep textures of life, and the film is a mix of drama and lightness.

Do you ever have doubts?

Yes and no. I'm not afraid. But I'm shy in certain circumstances.