President-elect Trump may have drastically altered America's relationship with China 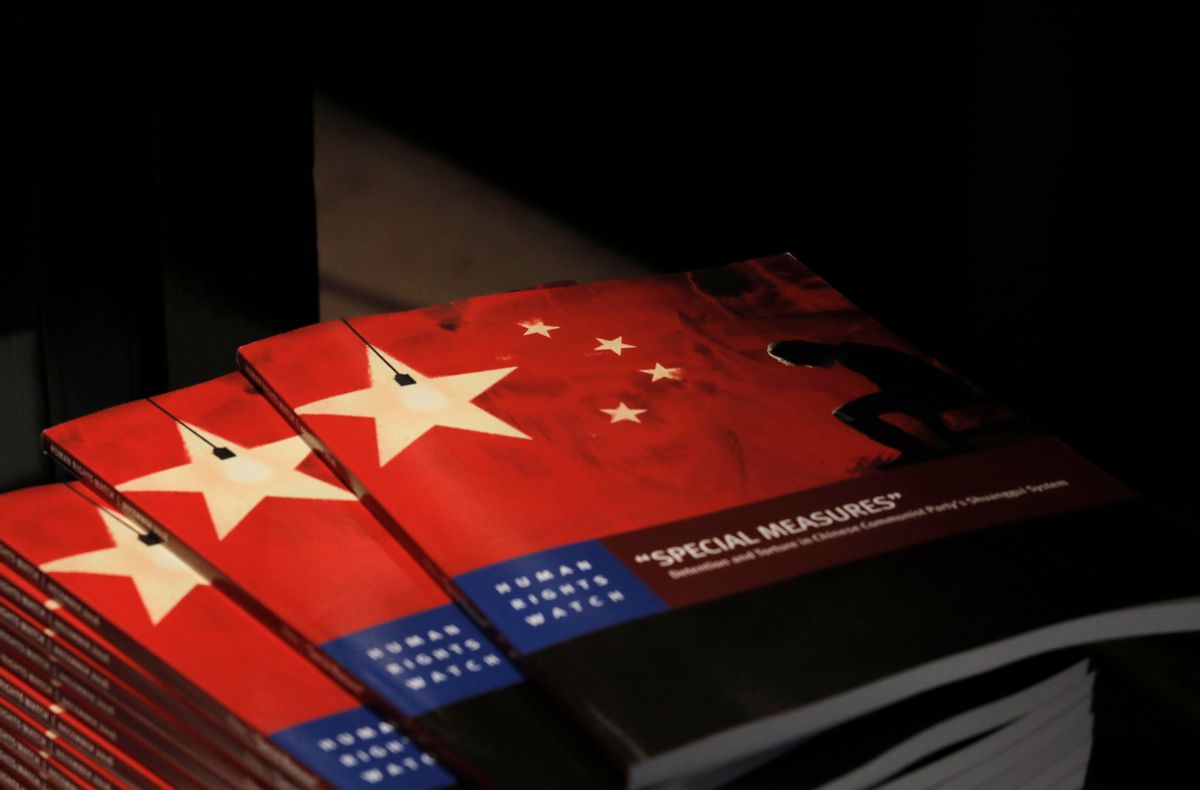 Copies of the new report by Human Rights Watch are seen at The Foreign Correspondents' Club in Hong Kong, Tuesday, Dec. 6, 2016. (AP)
--

Team Trump's thoughts on China's dismay at the president-elect conversing with the Taiwanese president by phone can be summed up in two words: Screw 'em.

"Taiwan is our ally," said Stephen Moore, a former economic adviser to President-elect Donald Trump, during a radio interview with WLS-AM on Monday. "That is a country that we have backed because they believe in freedom. We oughta back our ally, and if China doesn't like it, screw 'em."

Moore later added, "We gotta stand by Taiwan, we see what's happening in China the way they're sabre rattling out there in the East, it's about time we do what Reagan did, we stand up to these bullies, we say we're not gonna let you do this, and we're gonna stand with our allies. I love the fact that Trump did that. Too many mamby-pamby people in the foreign policy shop are saying, 'oh my gosh we can't do this, we might insult the Chinese.' I don't care if we insult the Chinese!"

Moore's comment about Ronald Reagan ignores the fact that Trump's phone call to Taiwanese president Tsai Ing-wen was the first formal communication between the leaders of the two countries since 1979 — meaning that Reagan, whose presidency lasted from 1981 to 1989, was among the many presidents who recognized this protocol.

Although Trump's upcoming chief of staff Reince Priebus said on Monday that Moore in not an adviser for Trump's transition, Moore was listed as one of Trump's advisers during the presidential campaign.

As The Wall Street Journal reported on Monday, China is starting to make known its ire toward Team Trump for its phone call to Taiwan.

“Trump and his transition team ought to recognize that creating trouble for China-U.S. relations is just creating trouble for the U.S. itself," writes The People's Daily, the Communist Party's leading newspaper, in its overseas editions on Monday. It disputed Trump's assertion that the phone call “was not a big deal," prompting questions about how a Trump administration would alter the delicate bilateral relationship that America has forged with China since the 1970s.

Listen to the audio below, via CNN.