The divide between Trump's New York and Washington transition teams could lead to administrative chaos. 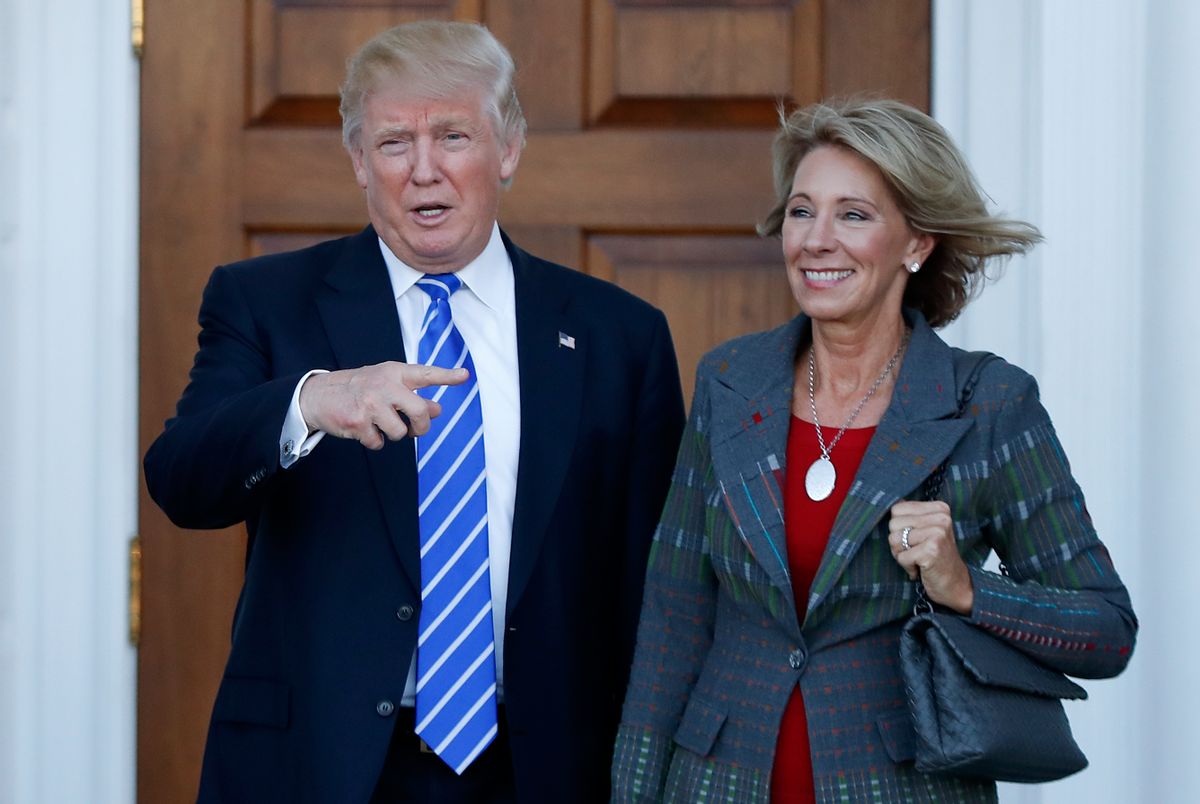 President-elect Donald Trump seems to have two transition teams: the one centered at Trump Tower in New York City, where he meets with important people and decides how he will staff his administration, and the one in Washington DC, where the less glamorous work of trying to craft a policy agenda is being performed.

The lack of adequate communication between the two groups is starting to become problematic, as Politico reported on Tuesday.

According to those reports, Trump and his inner circle have focused more on the advice of the politicians and financial bigwigs who visit them in New York than heed their Washington transition staff, even though the latter contains people with better insight into how to make government actually work. This has caused many political experts to express concern that the Trump administration, once it begins, will not be well-managed.

“It is hard to get the government to do things. It’s not like you flip a switch,” Lisa Brown, a former top official for the Obama transition, told Politico. “Even reversing regulations, as Trump has said he wants to do, is a long process.”

Whether Trump realizes it or not, they will be responsible for assembling the teams that will run federal agencies during the several months spanning from Trump's inauguration on Jan. 20 to the time when his various nominees are confirmed by the Senate. Because those staffers are reportedly only able to contact Trump's inner circle through Vice President-elect Mike Pence and his aides, it has reportedly become very difficult for the Washington team to stay on the same page as their New York counterparts. Making matters worse, many of the transition staff in D.C. have been told not to expect jobs in the Trump administration, Politico reported, despite the fact that quite a few have the direct government experience that Trump and many of his closest advisers (such as Jared Kushner, Steve Bannon and Trump's family) sorely lack.

The end result is that, more so than for most presidents, the Cabinet and other high-ranking personnel picks that Trump has will have disproportionate sway over policymaking.

"Personnel is so important in this administration because they don’t have a clear roadmap for policy," a Republican official involved in past transitions told Politico. "Whoever they pick at Education or as the domestic policy chief will be writing a lot of it."

So, although Trump vowed to protect Medicare while he was campaigning, the future of health care may fall to his future secretary of health and human services is Rep. Tom Price, R-Georgia, who had advocated replacing Medicare with a mix of private insurance and vouchers.

And, even though education did not factor heavily into Trump's campaign themes, his choice of billionaire school voucher advocate Betsy DeVos to lead the education department makes it very likely that defunding public schools will be a cornerstone of the Trump administration's education policy.