Before they fired Michael Flynn Jr. over Pizzagate conspiracy theory, Donald Trump's transition team wanted to give him security clearance

Michael G. Flynn was willing to lie about Pizzagate — and the Trump transition team is now lying about Flynn. 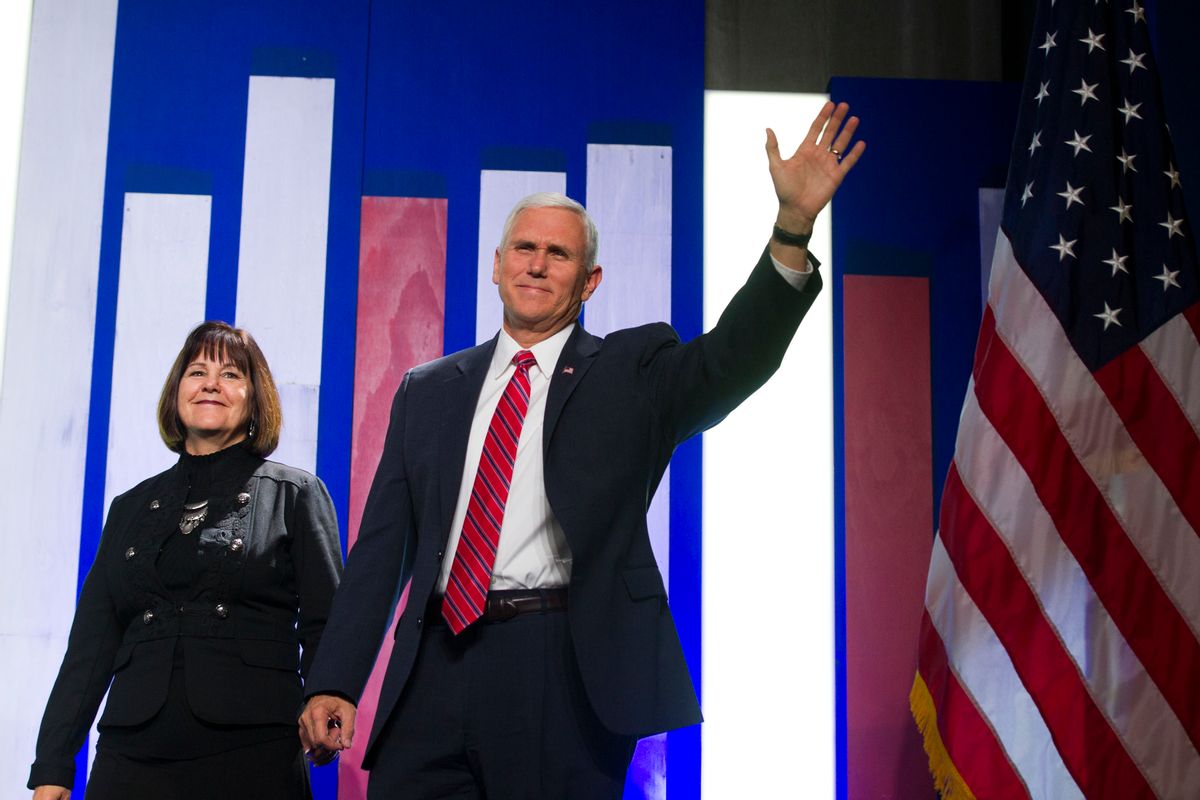 President-elect Donald Trump's transition team may not want you to think Michael G. Flynn had any influence — but that transition team requested a security clearance for him before he was fired.

Flynn, whose father retired Lt. Gen. Michael T. Flynn is Trump's pick for national security adviser, was the subject of a request for a security clearance, according to a report by CNN on Tuesday.

When Vice President-elect Mike Pence was asked eight times about the attempts to gain a security clearance for Flynn on CNN's "The Lead" on Tuesday, he repeatedly dodged the question and instead tried to downplay Flynn's role in the administration, claiming that he merely helped his father with scheduling and administrative matters before being fired.

The closest Pence came to acknowledging that Flynn did actually play a role in the Trump transition process was when he admitted to Jake Tapper that "whatever the appropriate paperwork was to assist him in that regard, Jake, I'm sure was taking place. But that's no longer the case."

Afterward, however, Pence reiterated that "Mike Flynn Jr. is no longer associated with Gen. Flynn's efforts or the transition team, and we're focused eyes forward."

Michael G. Flynn became the source of controversy when it was discovered that he had promulgated a false conspiracy theory known as Pizzagate using his Twitter account on Sunday. After a gunman opened fire at a pizza restaurant in Washington on Monday based on the conspiracy theories (though not necessarily through Flynn's own account), Flynn became the locus of controversy due to his own involvement in spreading that particular lie.