He was certainly the most influential person this year 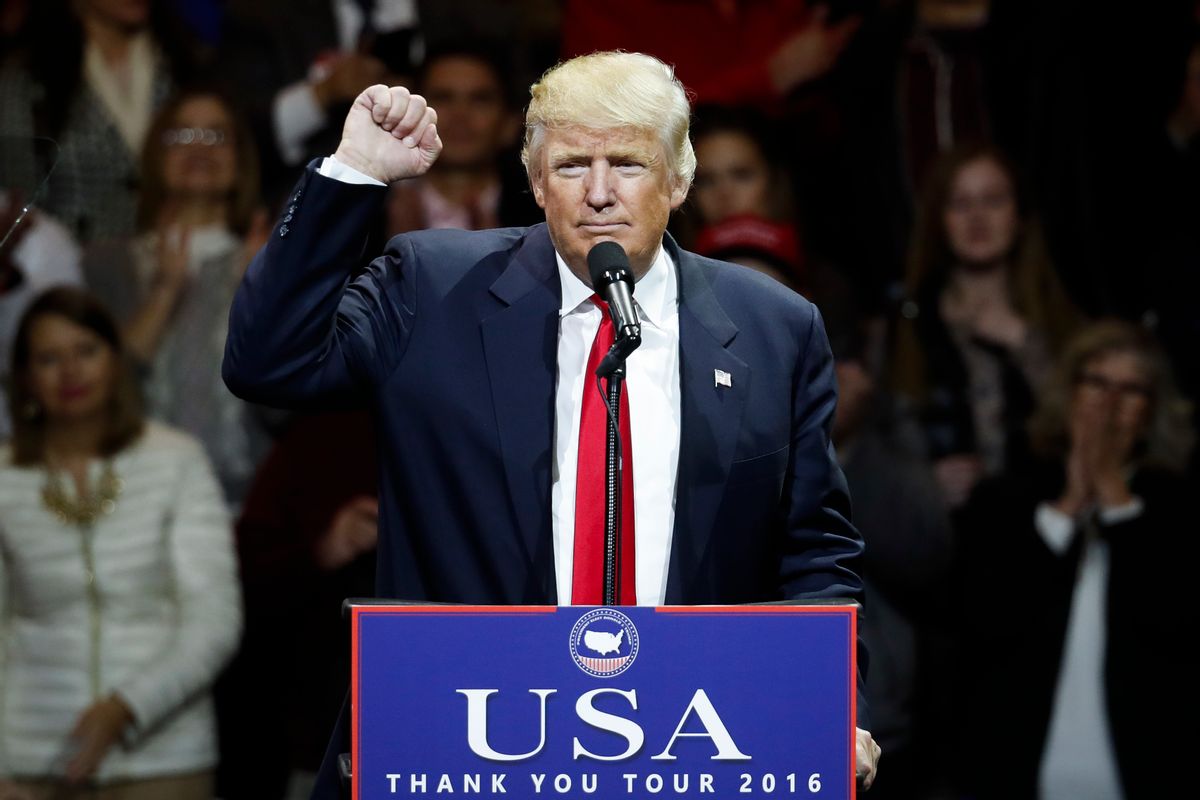 President-elect Donald Trump raises his fist as he speaks during the first stop of his post-election tour, Thursday, Dec. 1, 2016, in Cincinnati. (AP Photo/John Minchillo) (AP)
--

Time Magazine has named President-elect Donald Trump as its 2016 Person of the Year.

"For all of Trump’s public life, tastemakers and intellectuals have dismissed him as a vulgarian and carnival barker, a showman with big flash and little substance," writes Michael Scherer of Time Magazine on Wednesday.

But what those critics never understood was that their disdain gave him strength. For years, he fed off the disrespect and used it to grab more tabloid headlines, to connect to common people. Now he has upended the leadership of both major political parties and effectively shifted the political direction of the international order. He will soon command history’s most lethal military, along with economic levers that can change the lives of billions. And the people he has to thank are those he calls "the forgotten," millions of American voters who get paid by the hour in shoes that will never touch these carpets—working folk, regular Janes and Joes, the dots in the distance.

But as anyone with a good memory can recall, Trump has not reacted well in previous years when Time magazine named its Person of the Year — and it wasn't him.

This was last year when Trump didn't win POTY. https://t.co/RtkXvAAhwv

In his interview on The Today Show with Matt Lauer on Wednesday, Trump praised Time as "a very important magazine" and said he considers this "a very, very great honor."