Man-made climate change is a fact. Saying it isn't real is an opinion — an inaccurate one. The two are not equal 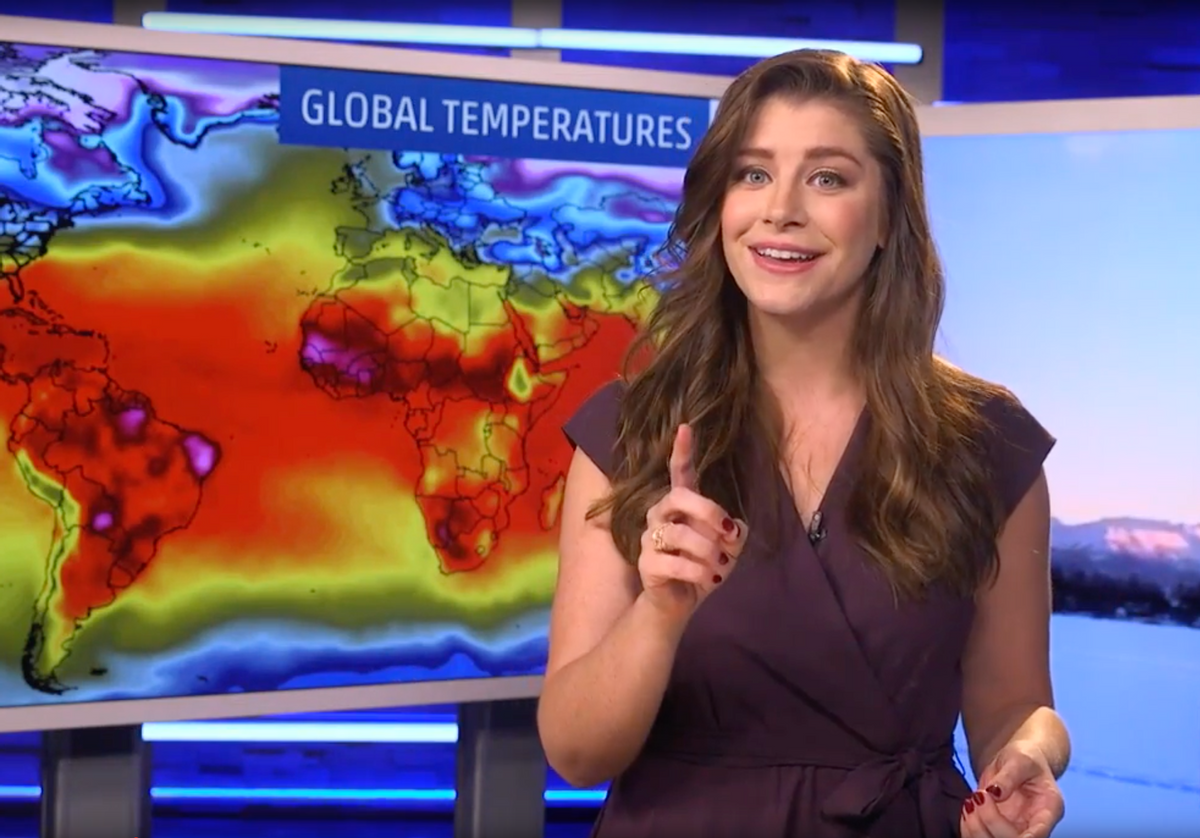 Breitbart is going to need some aloe for the sick burn that The Weather Channel just gave them.

Kait Parker of The Weather Channel offered a scathing rebuttal on Tuesday to a pseudoscientific piece posted by Breitbart last Wednesday entitled "Global temperatures plunge. Icy silence from climate alarmists." It was written by James Delingpole, whose determination to deny the overwhelming scientific consensus that global warming is real and man-made has even caused him to compare advocates of wind farming to pedophiles. In the article that Parker identifies, he employed a tactic somewhat less despicable if no less intellectually dishonest — namely, he used a video of Parker discussing La Nina out of context in order to argue that global temperatures were falling instead of rising.

"Here's the thing: Science doesn't care about your opinion," Parker said. "Cherry-picking and twisting the facts will not change the future, nor the fact — note fact, not opinion — that the Earth is warming."

Parker goes on to rebut Delingpole's propaganda point-by-point. First she identifies his article's claim that global land temperatures have fallen by 1 degree Celsius. Parker points out that this is (a) based on only one satellite estimate on global land temperatures rather than a consensus and (b) the earth is 70 percent water, which is where it stores most of its heat energy, and when you incorporate that data into the total, you get record highs for November 2016.

Next Parker turns to Delingpole's assertion that El Nino is responsible for the rise in heat from 2014 to 2016, observing that when you normalize the data (that is, take out the El Nino spike), 2015 and 2016 were still the warmest years on record.

Finally, she responds to Delingpole's claim that 2017 will be cooler than previous years. Parker points out that while it's typical for temperatures to drop after El Nino, it's not to record lows, and if that were true we would have had global record lows throughout the twentieth century. Instead the last time we fell below the 20th century average was in 1976 — which, not coincidentally, was after the 1974-1975 El Nino.

"So next time you're thinking about publishing a cherry-picked article, try consulting a scientist first," Parker concludes. "And to all my fellow scientists out there, let's make the facts louder than the opinions."

The only thing missing from Parker's video was a literal mic drop. What Breitbart is missing, on the other hand, is an open-mindedness toward scientific fact that even their champion Donald Trump has shown some willingness to display.