Paula Broadwell, who got classified information from David Petraeus, is shocked that he's under consideration for secretary of state

Petraeus was able to move on from the scandal. Broadwell, not so much 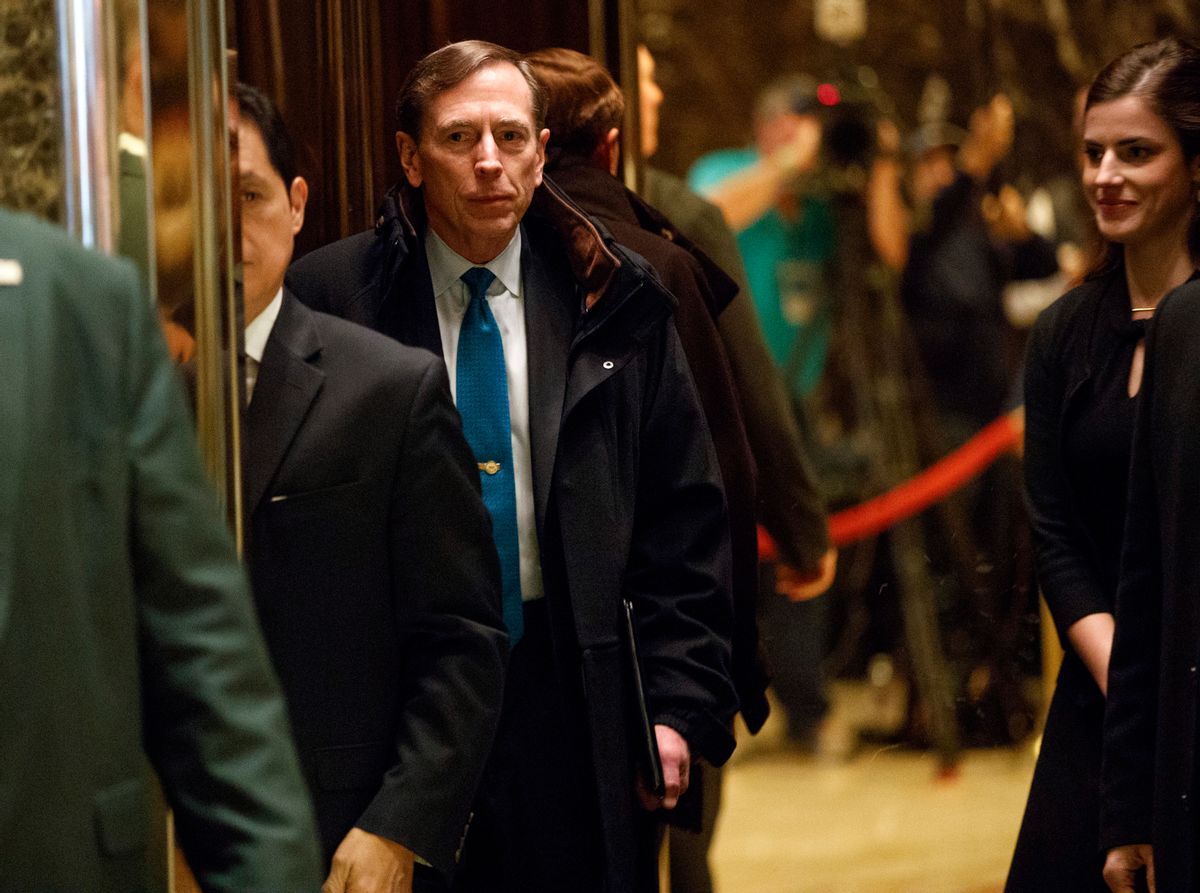 Paula Broadwell, the journalist whose affair with then-CIA Director David Petraeus led to revelations that he had shared classified information with her, is now shocked that he's being seriously considered by President-elect Donald Trump for secretary of state.

"As I woke up to the news, you know, it was a bit of a shocker that he was being considered for a Cabinet position and I was shocked that I'm still in this tenuous position," Broadwell told Norah O'Donnell on CBS This Morning on Thursday.

While Broadwell admitted that she was "happy because I think [Petraeus] should be able to go on with his life," she also said that "it begged the question of, 'Why shouldn't I be able to go on?'"

As Broadwell discussed with O'Donnell, her association with the Petraeus scandal has made it very difficult for her to find employment or move past that phase in her life, even though no criminal charges were pursued against her in the incident. Petraeus, on the other hand, pleaded guilty in 2015 to a misdemeanor of "unauthorized removal and retention of classified documents," was fined $100,000, and was put on probation.

The gendered double-standard here doesn't merely work against Broadwell. Ever since Petraeus's name was first floated as a secretary of state candidate, many observers have been appalled at the fact that a man who was convicted of mishandling classified information could be elevated to power by Trump even though one of his main campaign points against Hillary Clinton was that she mishandled classified information — and she, like Broadwell and unlike Petraeus, was never convicted of a crime.

“The very consideration of Petraeus for a senior position reveals that the Trump campaign’s rhetoric regarding Hillary Clinton was totally bogus,” said Steven Aftergood, a specialist on government classification at the Federation of American Scientists, in an interview with Politico in November. “Candidate Trump was generating hysteria over Clinton’s handling or mishandling of classified information that he likely never believed or took seriously himself.

Aftergood also added, “Petraeus admitted lying to the FBI, which distinguished his case from Clinton’s and made his case a good deal worse. I think once again President-elect Trump is revealed as a rather hypocritical figure.”