See no evil, hear no evil: Donald Trump is turning away his intelligence briefings

The president-elect, who once said he knows more than the generals, won't listen to his intelligence briefings. 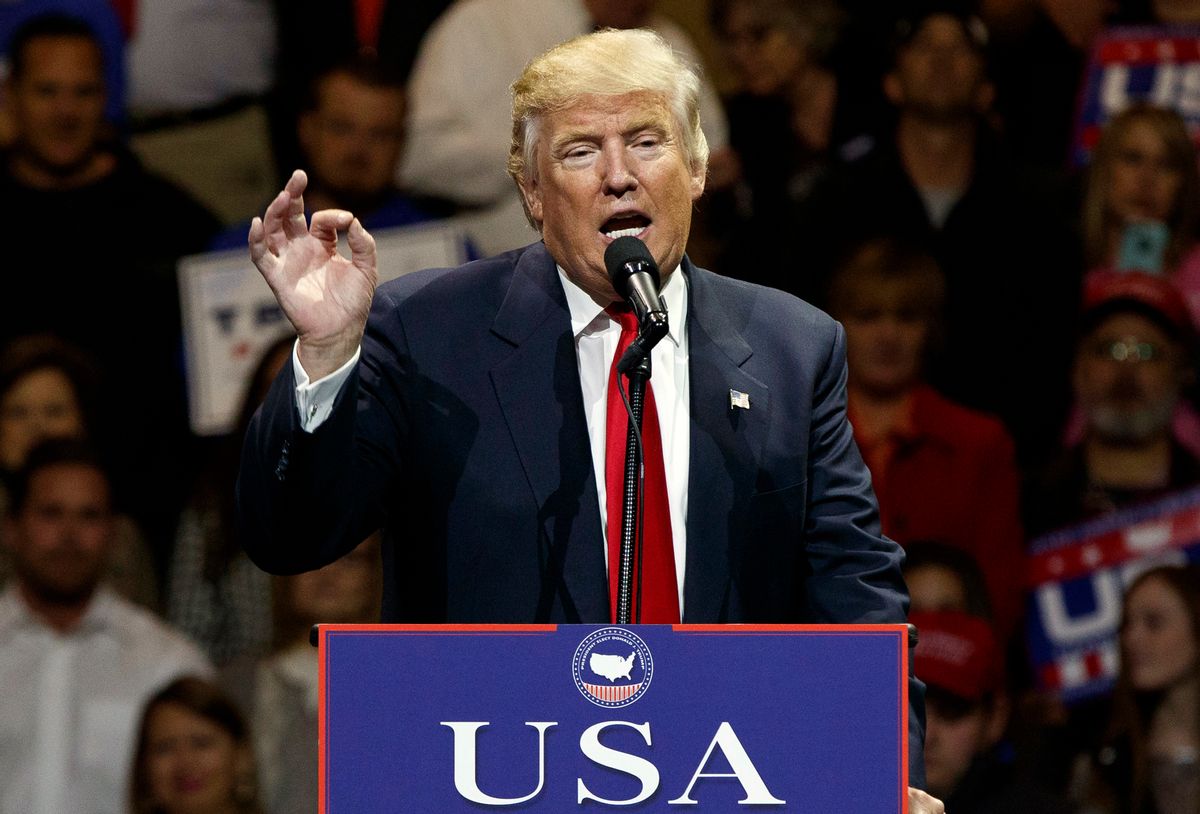 FILE - In this Dec. 1, 2016, photo, President-elect Donald Trump gestures as he speaks during a "USA Thank You" tour event in Cincinnati. Russia’s government staunchly denies reports that it tampered in the U.S. election or supported either candidate, but once the results were in, members of President Vladimir Putin’s United Russia party didn’t hold back. (AP Photo/Evan Vucci) (AP)
--

President-elect Donald Trump has a disturbing habit of declining his daily intelligence briefings, and that's causing politicians to be concerned.

"We find it particularly troubling that President-elect Trump has mostly declined to take the daily intelligence briefing," wrote Sens. Ben Cardin of Maryland and Dianne Feinstein of California, both Democrats, in an editorial for USA Today on Thursday. "Presidents and presidents-elect going back decades have begun their day this way — understanding national security threats and opportunities, asking probing questions, and making tough decisions."

The senators continue, "The information and analysis that our intelligence community provides to decision-makers is invaluable for developing a full and nuanced picture of the world."

Cardin's and Feinstein's concern is also shared by former CIA Director Leon Panetta, who discussed them on CBS's "Face the Nation" on Sunday.

“Frankly, one of the concerns I have right now is that this president is not getting his intelligence briefings,” Panetta said. “He’s taken a few of them, but he’s not getting them every day."

Panetta continued, "If you’re president of the United States, you better be in touch on a daily basis with your intelligence briefers,” Panetta went on, “so that you have an understanding as to what’s — what’s happening in the world, what are the crises you have to pay attention to, and what steps do you have to take in order to deal with those crises?"

Although initial reports that Trump wasn't accepting all of his daily intelligence briefings first appeared in The Washington Post in November, the story is not entirely surprising. When Tony Schwartz, who ghostwrote Trump's bestselling book "The Art of the Deal," was interviewed by The New Yorker in July, he predicted that Trump's mental limitations may lead to precisely this type of problem.

“Trump has been written about a thousand ways from Sunday, but this fundamental aspect of who he is doesn’t seem to be fully understood,” Schwartz said. “It’s implicit in a lot of what people write, but it’s never explicit — or, at least, I haven’t seen it. And that is that it’s impossible to keep him focused on any topic, other than his own self-aggrandizement, for more than a few minutes, and even then . . . ”

After trailing off, Schwartz continued that "if he had to be briefed on a crisis in the Situation Room, it’s impossible to imagine him paying attention over a long period of time,” he said.