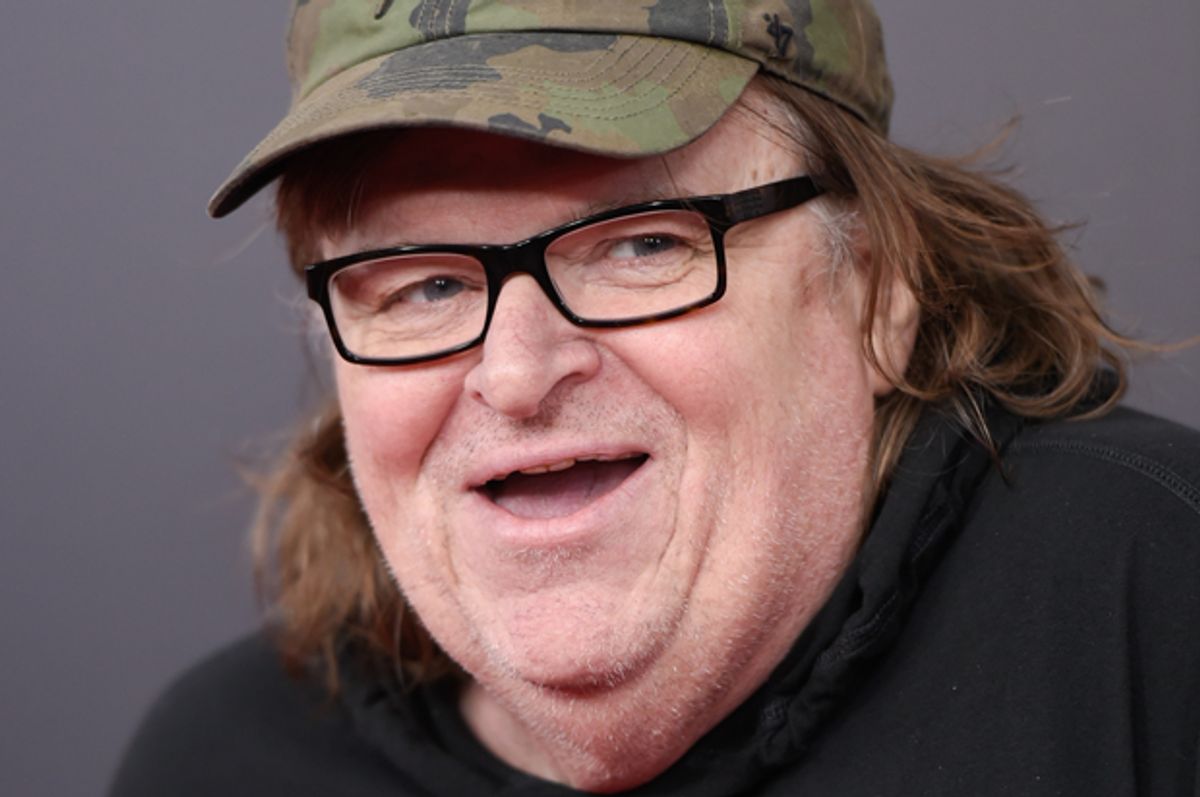 Michael Moore hopes that the Electoral College will have what he describes as a "Profiles in Courage moment" and deny Donald Trump the White House.

After saying that Bush was "asleep at the wheel the month before 9/11," Moore claimed that now "we have a president-elect who doesn't even want to get behind the wheel. This is actually worse. He's putting all of us in danger," during his interview with MSNBC's Lawrence O'Donnell on Tuesday.

Moore, who took Trump seriously often, also expressed concern that Trump could "take away our constitutional rights" should some crisis break out early in his administration.

"I want my fellow Americans, regardless of if they're Democrats, Republicans, whatever you are, we have to come together and say, 'This man cannot be at the helm of this ship,'" Moore urged his fellow Americans in the event that that happened.

He also urged the electors convening at the Electoral College on Dec. 19 to vote using reason.

"Don't do this to us," Moore said. "It's too dangerous, and your fellow Americans will thank you if you don't appoint him as president this coming Monday."

Moore gained media attention last month when a May prediction he made about Donald Trump's eventual election victory wound up coming to pass almost exactly as he had predicted.

"I know that they [the Trump campaign] are planning to focus on Michigan, Ohio, Pennsylvania, and Wisconsin. That's how he can win the election," Moore said to Business Insider in May. "If he can get those upper kind of Midwestern-type states, then he can pull it off."