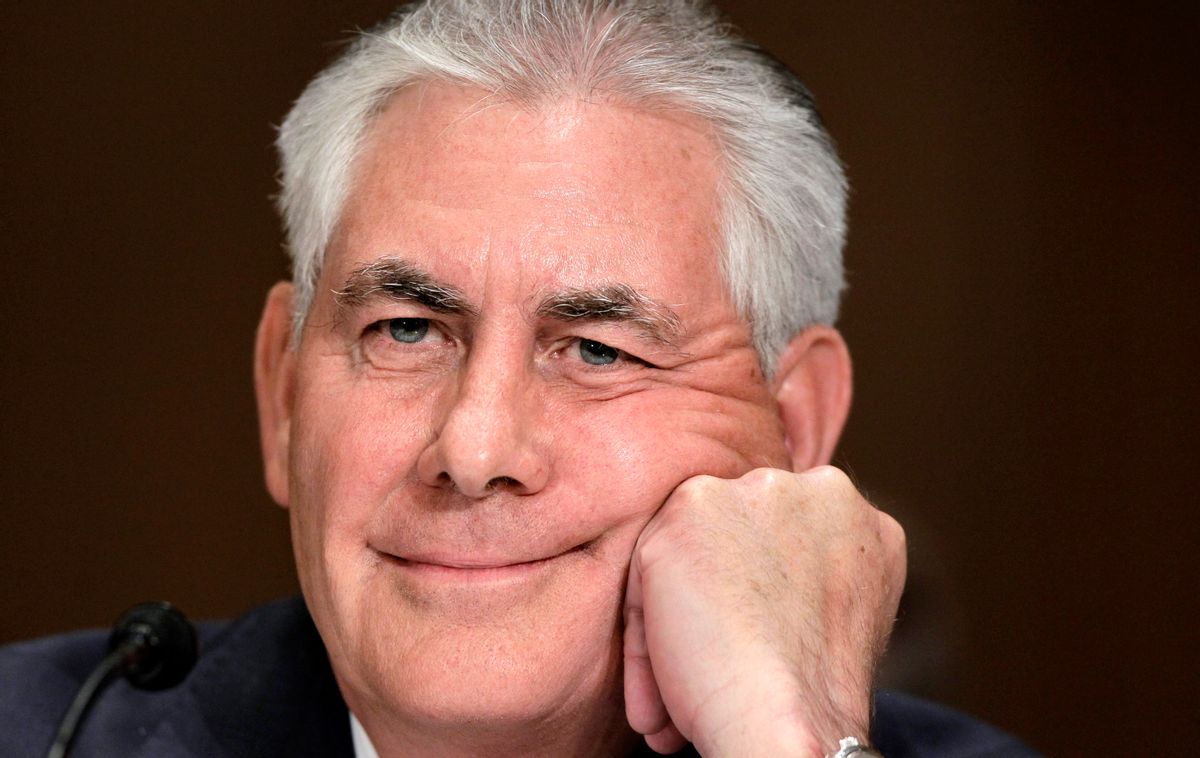 When President-elect Donald Trump selected Rex Tillerson to be his secretary of state, he consulted members of the Republican Party elite who have done business with ExxonMobil in the past.

Condoleezza Rice, Robert Gates, and Stephen Hadley were all instrumental in convincing Trump to choose Tillerson — the head of ExxonMobil, a client of their consulting firm RiceHadleyGates — according to a CNN report on Tuesday. A few weeks ago Vice President-elect Mike Pence contacted Rice and Hadley, who had served as George W. Bush's national security adviser, to suggest candidates for the role.

The pair, along with former defense secretary Robert Gates (who had served under both Bush and Barack Obama), decided that Trump needed someone from outside the foreign policy establishment, and because Rice and Hadley had personally worked with Tillerson when he was CEO of ExxonMobil, they thought his international business experience and knowledge of Middle Eastern geopolitics recommended him for the job.

The moment of truth came when Gates met with Trump earlier in December, according to a report by The Washington Post on Tuesday. Team Trump was fiercely divided between supporters of Rudolph Giuliani, Mitt Romney, Bob Corker, and retired Gen. David Petraeus, and Trump himself apparently had doubts about all of them. When it came time for Gates to meet with Trump, a source tells The Washington Post that it seemed like Trump was "looking for a way out" and asked Gates if there were any other options.

“I recommend Rex,” Gates allegedly told Trump. Although Gates said in a subsequent interview that he had not gone to the meeting with the intention of proposing Tillerson, he never proposed anyone else. He described Trump as being "intrigued" by the suggestion.