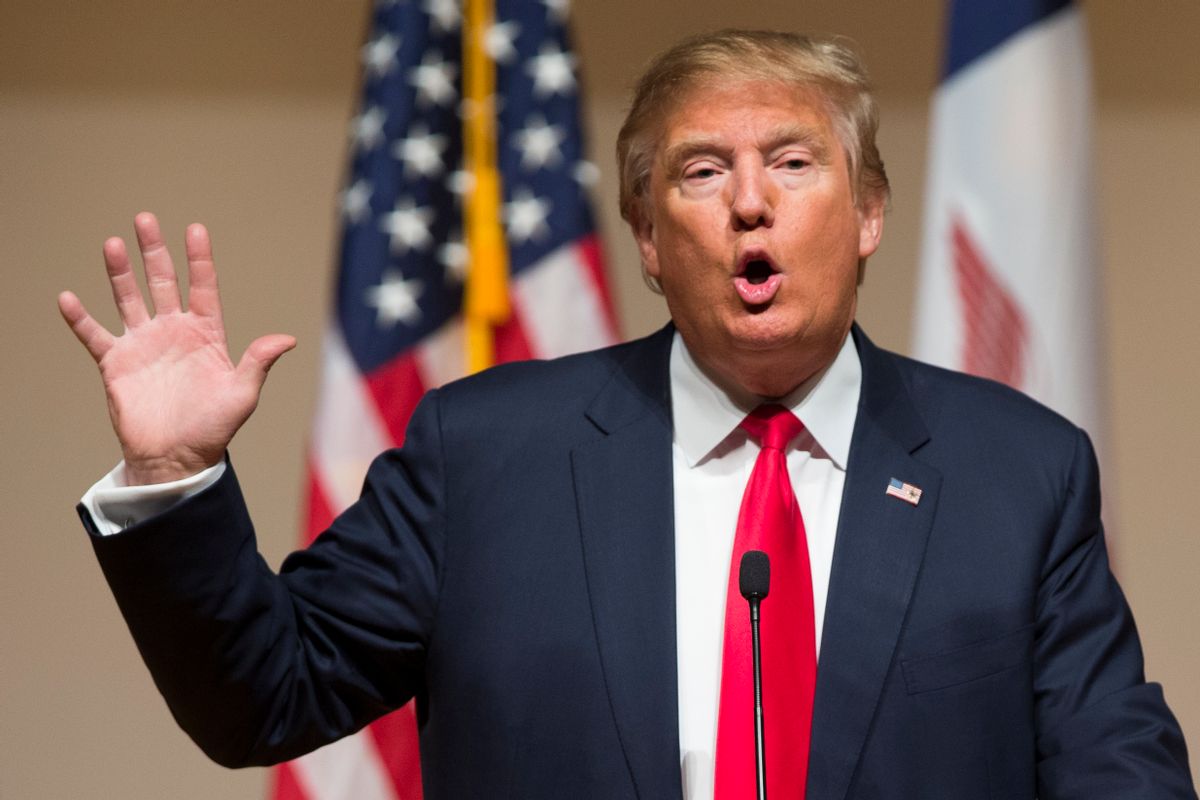 File - In this Jan. 23, 2016 file photo Republican presidential candidate Donald Trump speaks during a campaign rally at Dordt College in Sioux Center, Iowa. Trump’s boast on the campaign trail that he could “shoot somebody” and not lose any voters tops a Yale Law School librarian’s list of the most notable quotes of 2016. (AP Photo/Evan Vucci, File) (AP)
--

A dark cloud of illegitimacy hangs over the pending presidency of Donald Trump. Consider:

2. Trump has close business ties to Russian oligarchs, friends of Putin, who have financed his projects and, presumably, also lent billions of dollars to Trump’s enterprises — which may explain why Trump won’t disclose his tax returns, which would show evidence of these deals.

3. Several of Trump’s key campaign aides have close ties to Putin — including his former campaign manager, Paul Manafort. Manafort was a longtime consultant to Viktor Yanukovich, the Russian-backed president of Ukraine who was overthrown in 2014 and who has done multi-million-dollar business deals with Russian oligarchs. Between 2007 and 2012, Manafort received some $12.7 million in cash payments from a pro-Russian political party in Ukraine. Trump’s foreign policy advisor, Michael Flynn, flew to Moscow last year to attend a gala banquet celebrating Russia Today, the Kremlin’s propaganda channel, and was seated at the head table near Putin.

4. During the campaign, Trump said he admired Putin, questioned whether the United States should continue to support NATO and argued that Putin was justified in moving into Crimea.

5. Trump has picked for Secretary of State Rex Tillerson, CEO of ExxonMobil, who is also close to Putin. In 2013, Putin awarded Tillerson the Order of Friendship, one of the highest honors Russia gives to foreign citizens. Tillerson came up through the ranks at Exxon by managing the company’s Russia account. After becoming CEO, Exxon bet billions on Russia’s vast oil resources through a partnership with Russian oil giant Rosneft, owned partly by the Kremlin. Putin himself attended the 2011 signing ceremony for the deal. Russia has already indicated it would welcome Tillerson being named America’s top diplomat.

6. Trump was defeated in the actual voting by a startling — and still growing — 2,676,670 votes. Clinton’s popular vote victory margin is now 2 percent, thus handing Trump the largest defeat suffered by a candidate elevated to the presidency by the Electoral College in modern history.

The dark cloud of illegitimacy continues to grow darker.

Before the Electors submit their ballots for president next week, Trump must release his tax returns and the CIA must make public its report on Russia’s intervention in the U.S. elections in support of Trump.