If the Trump campaign is threatening political reprisals against Republican defectors, they're breaking the law 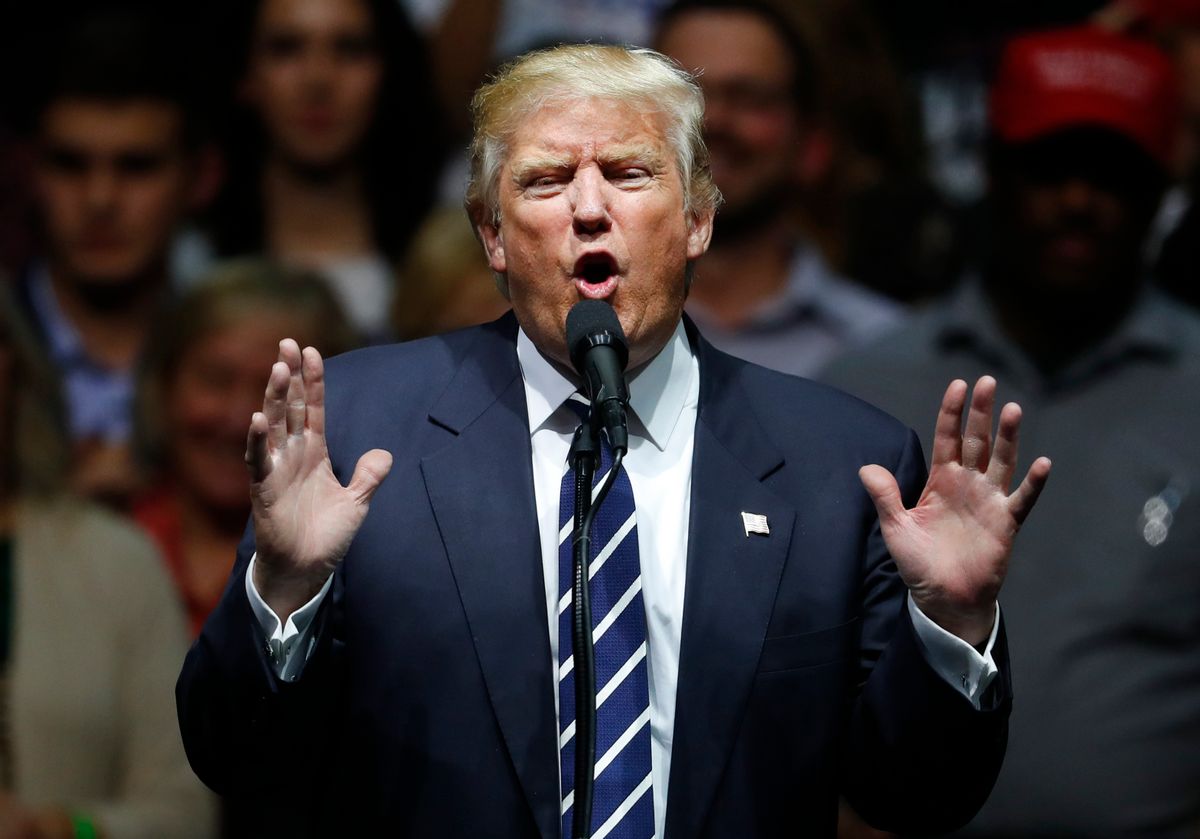 In this Dec. 9, 2016, photo, President-elect Donald Trump speaks to supporters during a rally, in Grand Rapids, Mich. In claiming that he scored “a massive landslide victory” in last month’s presidential election, Trump turned history upside down. In fact, his winning margin in the Electoral College is on the other end of the historical spectrum, far closer to the narrowest win in history than to the widest. (AP Photo/Paul Sancya) (AP)
--

Donald Trump's reported threats against Hamilton Electors who are hoping to take the White House away from the man who lost the popular vote may be illegal, according to lawyers familiar with the situation.

On Thursday, Salon asked an anonymous member of the Electoral College whether the threats of political reprisal that the Hamilton Electors have had reported to them from possible Republican defectors violated 18 U.S. Code 594:

"Whoever intimidates, threatens, coerces, or attempts to intimidate, threaten, or coerce, any other person for the purpose of interfering with the right of such other person to vote or to vote as he may choose, or of causing such other person to vote for, or not to vote for, any candidate for the office of President, Vice President, Presidential elector, Member of the Senate, Member of the House of Representatives, Delegate from the District of Columbia, or Resident Commissioner, at any election held solely or in part for the purpose of electing such candidate, shall be fined under this title or imprisoned not more than one year, or both."

The elector replied as follows:

"Anonymously, I believe the descriptions I have received from Republican Electors may very well fall under that description. However, I did not hear the pressure myself and I am not a lawyer."

There are lawyers who have weighed in on the matter, however.

"What Donald Trump is not recognizing is that electors are people vested with a constitutional privilege to make a judgment and it is a crime to threaten someone with that privilege with penalties for making a judgment one way or the other," said Harvard law professor Lawrence Lessig during a conference call on Thursday.

"Those allegations, if proven, would constitute a crime, and if coordinated could constitute conspiracy," said Jessica Marlies, a member of the Hamilton Defenders and an attorney with 16 years of experience in the executive branch of state government.

"In order for the electoral college votes to be considered certifiable and reliable it has to be taken without undue influence, including intimidation. I would call on Donald Trump and his campaign to immediately do a thorough transparent internal review to determine the truth of those allegations and to come forward publicly and immediately to let electors know that he and his campaign support their constitutional right to exercise independent judgment as electors, as the founding fathers contemplated."