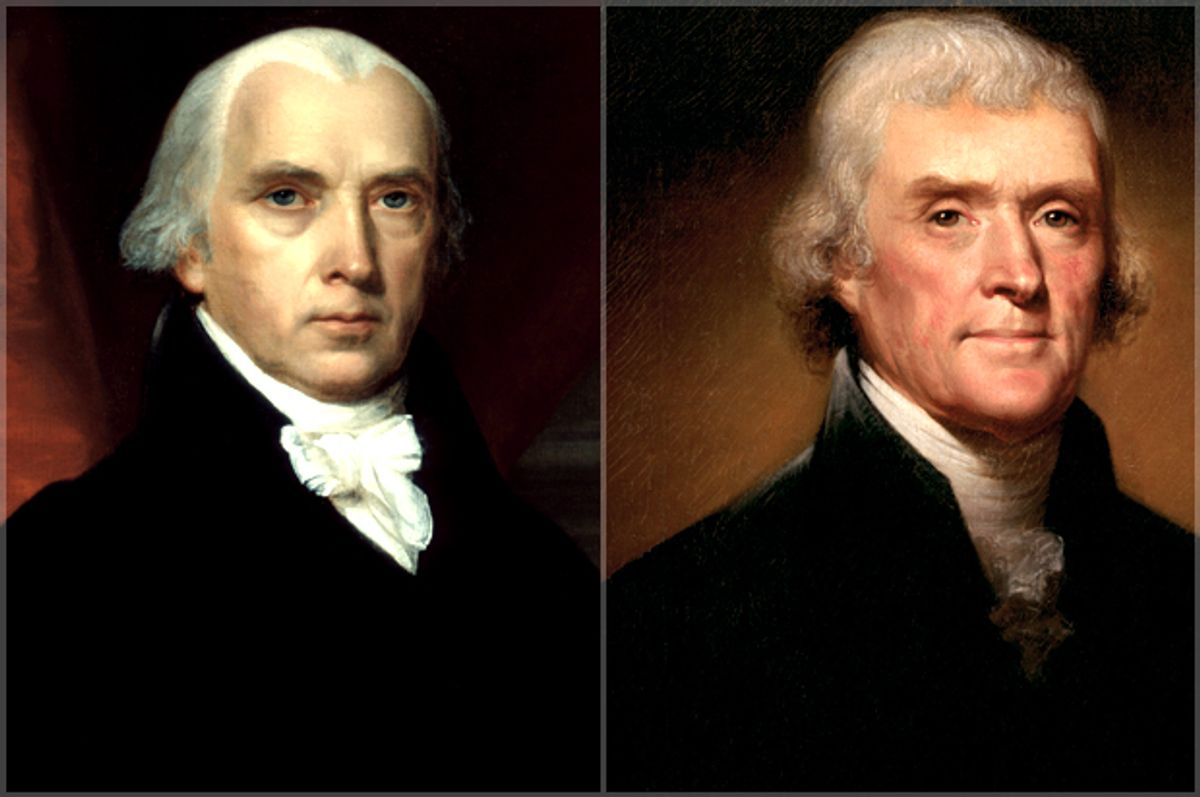 An idiot clicked on a number of bogus news stories floating around the Internet. That same idiot walks into a Washington, D.C. pizzeria with a loaded gun and bucks off a shot. That idiot was dumb enough to believe that Hillary Clinton, arguably the most powerful woman on the planet, was running a child sex ring inside of the restaurant. Even dumber was his belief that he and his trusty rifle were capable of stopping Hillary “quarter-million-dollars-a-speech” Clinton — who could easily afford to have trained killers on her payroll — by himself without an army.

Fake news is a problem that we should all be taking seriously, as it has played a key role in both the political rise of Donald Trump, whose supporters love to read conspiracy theories on Alex Jones' InfoWars and Macedonian teen scammers, and the devilish actions of monsters like Dylann Roof, whose racist views were informed by America's long tradition of maligning African Americans in the media.

America mainstream media has played a key role in the explosion of these fake-reporting agencies. Pressure to constantly keep up with constant content demands, failure to accurately represent all people and pandering to advertisers have helped erode the public's trust. The flip side is that a bunch amazing reporters and alternative news agencies emerged to challenge the system and bring truth to the masses, but is it really worth it? We can’t have great anti-establishment news without the fake trash that’s poisoning the people like the pizza store idiot who can't tell the difference?

The wild card for me comes with being black. African Americans have always been victims of fake news. Take a look back at through history:

“Blacks smell bad and were physically unattractive, required less sleep, were dumb, cowardly and incapable of feeling grief, advance it therefore as a suspicion only, that blacks, whether originally a distinct race, or made distinct by time and circumstances, are inferior to the whites, in the endowments of body and mind.” — Thomas Jefferson (1743-1826)

“Blacks are inhabitants, but as debased by servitude below the equal level of free inhabitants; which regards the slave as divested of two-fifths of the man.” — James Madison (1751-1836)

The way black people entered this country through the institution of slavery, and the fact that our nation's earliest leaders made racism systemic, led to black stereotypes created during slavery remaining sadly relevant today — they have lasted as long as Thomas Jefferson’s legacy.

This is what America's long tradition of fake news has done for black people: you're slapped with the late-night munchies so you hit the store for some chips, only to be confronted with a 1,000 different options, and as you ponder between the chili or BBQ Fritos, the clerk eyes you with hate and 911 on speed dial. Or you're pulled over and getting a ticket for driving 35 MPH in a 35 MPH speed zone. The worst is not getting called for a job interview because your name is Keyon or Tarsha. See, fake news allows potential employers to see those names and think "stupid" and "lazy," just like Thomas Jefferson did.

I had a book event at a church near Central Park a little over a month ago. I’m not a New Yorker, so I was lost like a non-New Yorker, and the address was posted on the side, not the front, of the building. Dressed like a regular writer in a faded crew neck shirt and dark jeans, I asked a white women directions. She ran. Fake news led her to believe that I was an evil person looking to harm her, as if I have the time. The funny thing is that I bumped into her at the event that I was being paid to attend. We spoke, she explained herself by saying, “I wasn’t running from you, Mr. Watkins, I was just late for this event” that we both arrived a half-hour early for. I just replied, “I’m used to it,” and kept it moving. The situation was embarrassing for her, but just a part of my reality.

Black stereotypes pushed by the media — something we should’ve been calling fake news all along — have long been a normalized thing in America. They're a reason why a lot of black people just don’t watch the news, too — look at clips like Sweet Brown or the Hide Your Kids, Hide Your Wife guy that go viral. TV reporters always find the goofiest or most disconnected black person to talk to on camera, and only they get the opportunity to represent the race, which solidifies the trash ideas that fake news promotes. For years I’ve been frustrated by this every time it happens.

But there is hope. I visited a school in West Baltimore on Friday. The bulk of the kids were young black eighth graders who love writing and storytelling. Many of the group have already been published in a Baltimore youth literary journal called "Charm." It’s full of brilliant poems, essays and cartoons. Those children give me hope because they are from the city and have more than proximity to social issues — they live them. They will be the new storytellers, responsible for controlling the narrative and destroying the fake news which promotes the stereotypes that prohibit the success that we all deserve.