What a shock! Yet another Trump appointee is way too close with the Russian government 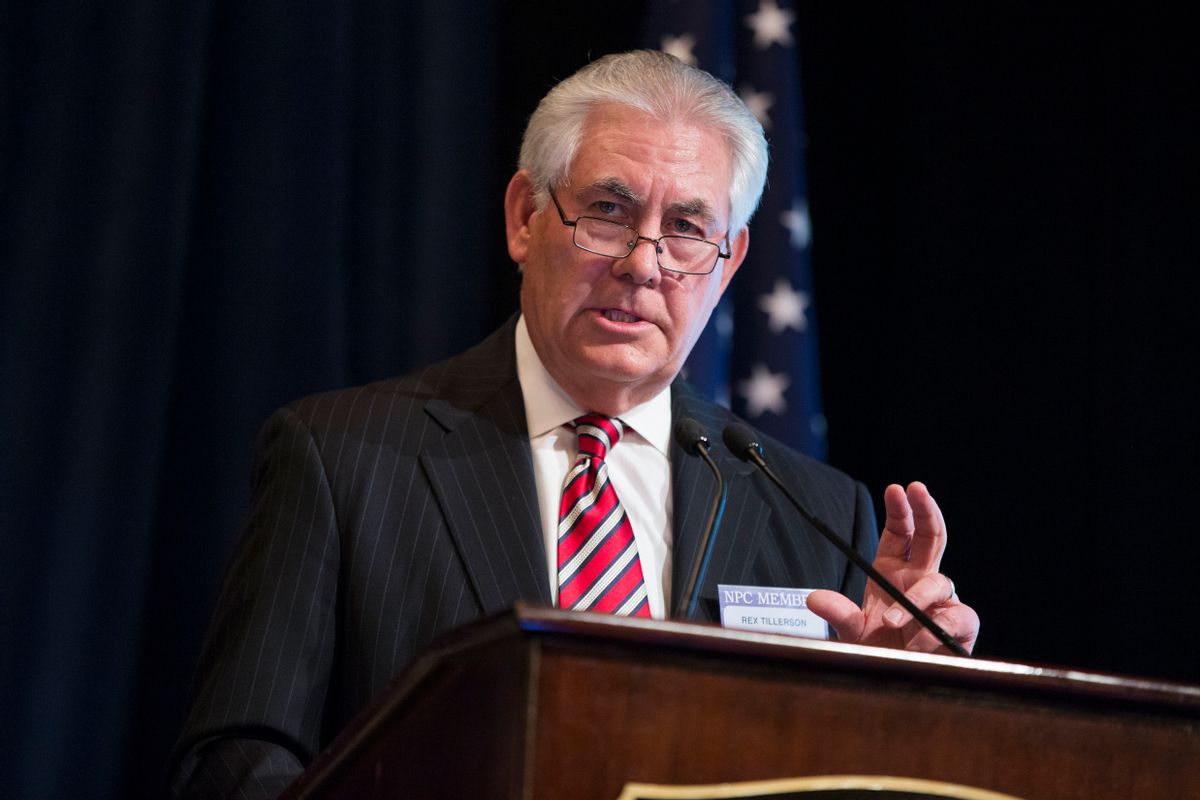 Rex Tillerson, who if Donald Trump has his way will be America's next secretary of state, was for a long time the director of an American-Russian oil firm located in the tax haven of the Bahamas.

While there is nothing illegal or even unethical about Tillerson's involvement in Exxon Neftegas, it had not been reported prior to The Guardian's story.

The report adds to a number of reports suggesting that Tillerson has an all-too-cozy relationship with Russian business interests. During his tenure as CEO of ExxonMobil, Tillerson formed a partnership with the Russian oil company Rosneft, which is majority-owned by the Russian government. Russian dictator Vladimir Putin personally attended the signing of the deal in 2011.

Tillerson was also awarded the Russian Order of Friendship by Vladimir Putin in 2013 and has a close relationship to Igor Sechin, who is the head of Rosneft and widely considered to be the second most powerful figure in the Putin regime. The ExxonMobil-Rosneft deal was put on hold in 2014 after the Obama administration imposed sanctions on Russia for it's invasions of the Crimea and eastern Ukraine.