Yes, there is a worldwide fascist movement, and both Trump and Putin are playing their part in Austria 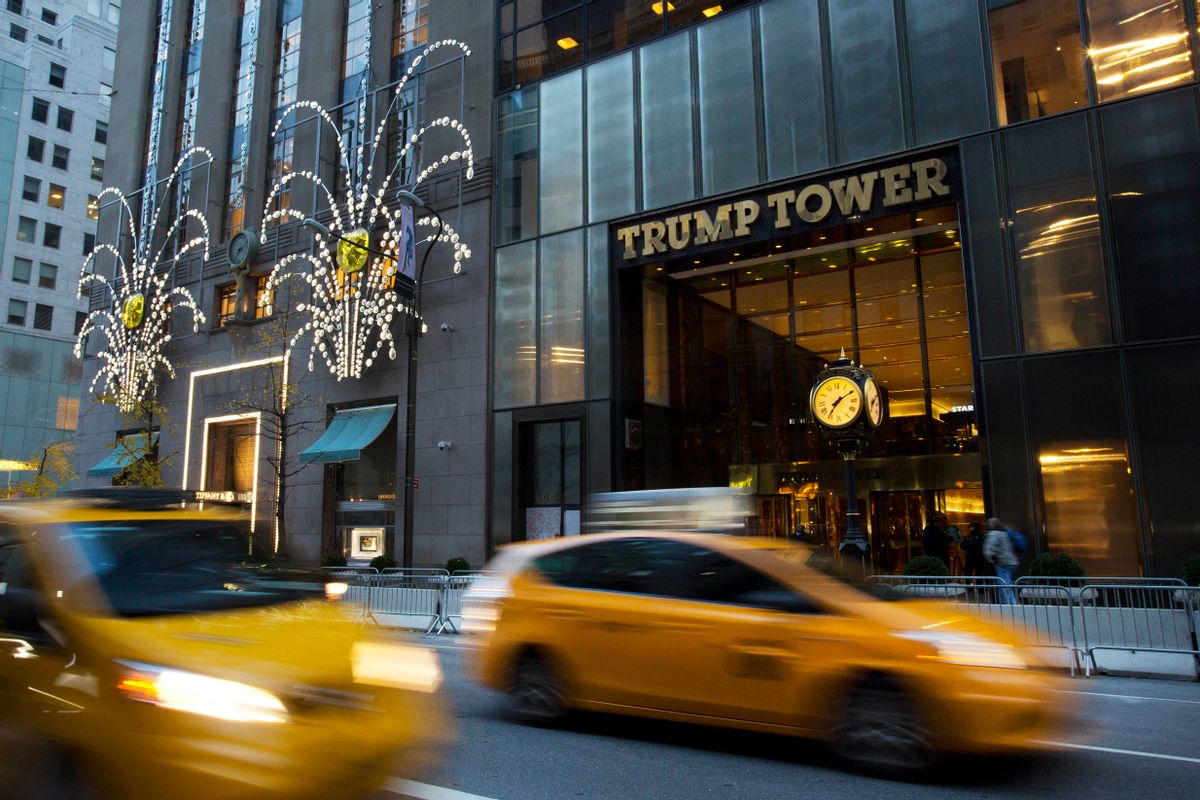 The leader of Austria's Nazi-founded Freedom Party has signed a cooperation agreement with Russia's ruling party — only weeks after meeting with Lt. Gen. Michael T. Flynn, who will soon be national security adviser to President-elect Donald Trump. This muddies the waters as to the United States' place in a geopolitical world that could be dominated by Russia in the near term.

Heinz-Christian Strache, the leader of the Freedom Party, announced that he had signed the agreement with Putin's own United Russia party on his Facebook page, The New York Times reported on Monday. The announcement also mentioned that Strache had visited Flynn a few weeks earlier in Trump Tower. The cooperation agreement itself includes plans for collaboration between United Russia and the Freedom Party on economic, business, and political projects over the next five years.

Founded in the 1950s by former Nazis, the Freedom Party nearly captured the Austrian presidency (which is largely ceremonial) in May but lost a runoff election on Dec. 4. It nevertheless remains a potent force in Austrian politics, where it leads all opinions polls ahead of the two mainstream parties, and is best known for its hardline stance against immigration and its defensiveness toward Russia. Indeed, Russia's signatory Sergei Zheleznyak identified Europe's "migration crisis" as one of the key areas where the two parties could work together.

Not surprisingly, the Freedom Party has opposed the economic sanctions imposed against Russia for its imperialist activities in the Crimea and Ukraine.

The Freedom Party's stance on Russia deserves particular attention for what it implies about the future not only of Russia and Austria, but the entire world of liberal democratic nations. According to the doctrine of Alexander Dugin, a Russian fascist intellectual whose 1997 book "Foundations of Geopolitics" and 2009 book "The Fourth Political Theory" provide an ideological template for both Putin and Russia's military and political elite. Dubbing his theory "Eurasianism," Dugin argued that Russia is an exceptional civilization due to being a hybrid of both Europe and Asia culturally and geographically, but insists that liberalism, democracy, and pluralism must be purged from Russian culture — and, notably, that Russia needs to become the world's premiere superpower by reviving the Soviet empire and controlling other nations by proxy through sympathetic far right politicians.

"We must create strategic alliances to overthrow the present order of things," Dugin writes in "The fourth political theory," "of which the core could be described as human rights, anti-hierarchy, and political correctness – everything that is the face of the Beast, the anti-Christ."

Dugin's ideology is for Putin what Communism was for Stalin — a justification for invading other countries and meddling in their political affairs. In Putin's case, this includes the invasion of Georgia in 2008 and Ukraine in 2014 as well as providing funding and/or publicity to sympathetic political figures in nations like the United Kingdom, France, and Germany. It explains why the Russian government threw its two cents into the Brexit debate in the United Kingdom, to say nothing of why Putin has repeatedly expressed such fondness for Trump.

Finally, it raises concerns about the underlying thrust of American foreign policy under the incoming Trump administration. In addition to surrounding himself with foreign policy advisers with pro-Russia biases like Flynn (who has appeared on Russia's state-owned television network and sat near Putin during a state dinner in that country) and his secretary of state nominee Rex Tillerson, Trump has already started crafting a foreign policy that is disturbingly pro-Russia. When the Republican National Committee met in July, the Trump camp's one change to the party platform was to overhaul a plank that criticized Russia's invasion of Ukraine (Trump's campaign manager at the time, Paul Manafort, had previously worked as a lobbyist for Russian-backed former Ukrainian president Viktor Yanukovych), and Trump's isolationist statements on issues like NATO and Ukraine have naturally pleased a Kremlin that wants nothing more than for America to recede as a major player on the geopolitical stage.