The first battle of the "war on Christmas" has begun 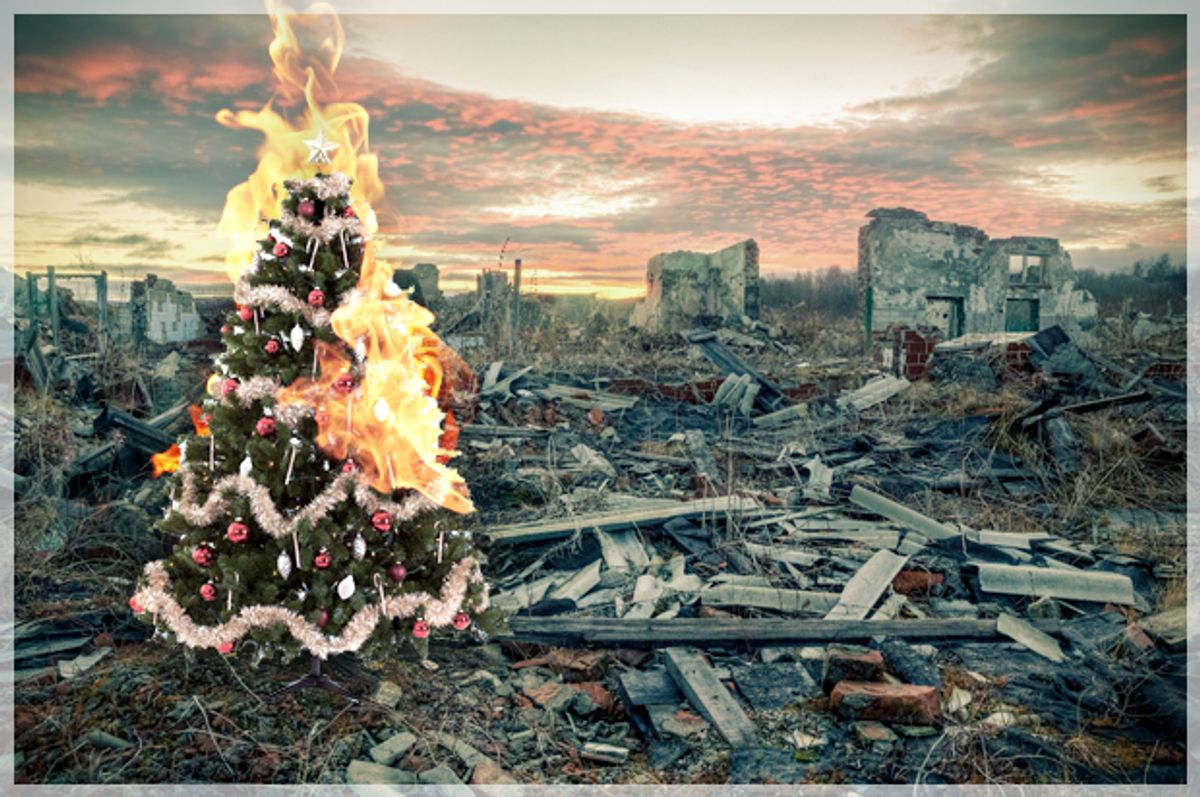 This piece was originally published on Right Wing Watch.

The conservative writers at WorldNetDaily are tired of people mocking conservatives’ obsession with the supposed “war on Christmas.”

Now, WorldNetDaily claims to have proof that there is a literal war on Christmas taking place in America, making the case in an article with no byline titled “No War on Christmas? Now Decorators Assaulted.”

The New York Times in a recent article chided Donald Trump and others who insist there is a war on Christmas in America.

While physical assault on Christmas decorators may not be what defenders of public celebration of the holiday have in mind, there were two such incidents recently.

And, more to the point, the dispute over the meaning of “Congress shall make no law establishing a religion” is certainly alive in schools, on government land and in other areas of public accommodation.

In Decatur, Illinois, 43-year-old Gregory Seitz allegedly battered a woman when she asked him to help hang Christmas decorations.

And three men in Philadelphia were hanging Christmas lights when they were shot after getting into an argument with a passing motorist, police said.

The battering charges in Decatur, according to reports, were not the result of anger over Christmas, as WND implied, but occurred after a man who drank “about 10 alcoholic beverages” said he didn’t want to help a woman hang decorations because “he had a hard night at work.”

The incident in Philadelphia in which three men were shot while hanging Christmas lights also appears to have nothing to do with anti-Christmas hostility. NBC reports:

Three men suffered numerous gunshot wounds Wednesday night outside a house in the Juniata section of Philadelphia when a driver of a car pulled up and opened fire, police said.

The victims told police they were outside hanging Christmas lights on a house in the 4000 block of Howland Street. Shortly before 11 p.m., a driver slowly drove by them before stopping a short distance away. That’s when the driver asked if any of the victims had struck his car at some point earlier, police said.

An argument ensued, according to the victims, and the driver pulled a gun. He opened fire on the victims before driving off.

Nonetheless, WorldNetDaily believes that Donald Trump and other Christmas crusaders have been vindicated in their fears about a War on Christmas.