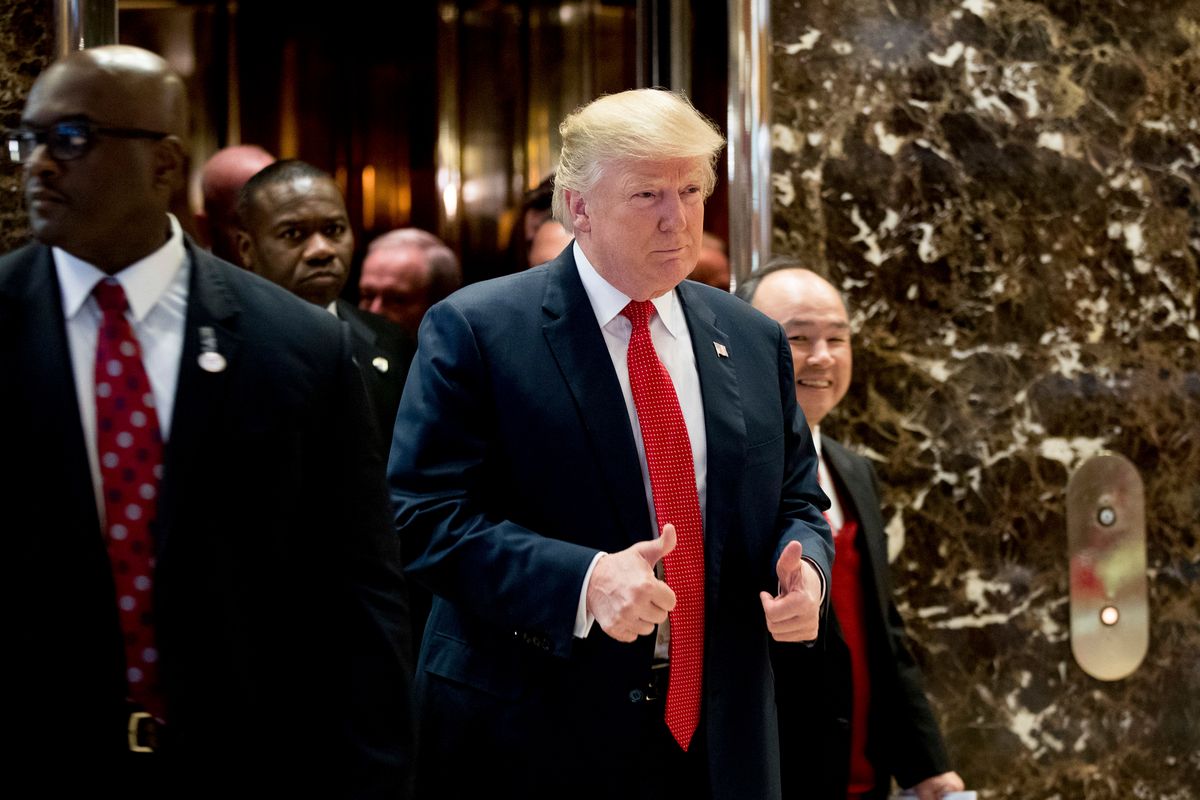 President-elect Donald Trump’s doctor of 35 years is showing why he — like his famous patient — is at the top of his field.

"If something happens to him, then it happens to him. It’s like all the rest of us, no? That’s why we have a vice president and a speaker of the House and a whole line of people. They can just keep dying," Dr. Harold Bornstein told medical website STAT in an interview published Wednesday, adding, "It never occurred to me that he was the oldest president, not for a second,"

Bornstein did not have the same lackadaisical attitude toward the health of Trump's former opponent. Even though Bornstein insisted that Trump isn’t "an old man the way my grandfather was an old man," he couldn't help but thinking differently about the woman who's a year younger Trump.

Bornstein also took a jab at one of the Republican Party's most revered presidents, Ronald Reagan, by commenting that Reagan (who until this year was America's oldest elected president) "had pre-senile dementia. I mean, seriously, did they share that one with you, or did Nancy just cover it up?"

He also seemed to share Trump's political views, at least on the issue of health care reform.

“Everybody got punished: the rates went up, the services went down, the deductibles went way up," Bornstein said, pining for an era in which health insurance depended on employment.

"Trump was elected, really, by people that are used to paying, the center of the country. The center of this country is the old Protestant ethic. You work, you get paid," Bornstein said.

Despite this seeming callousness toward the indigent, the article makes it clear that Bornstein has a reputation as a dedicated and caring doctor who makes both house calls and reverse house calls (that is, inviting patients to his home in Scarsdale), quoting him as saying that "there’s no barrier where the patients end and our personal lives begin."

The article also noted that, after being interviewed, Bornstein suddenly changed his mind and angrily demanded that neither the article nor the photographs of him be published. At one point he even threatened to "make sure you don’t ever work again if you do this" and name-dropped the Sulzberger family, which owns The New York Times.

In August, Bornstein raised eyebrows by publishing a letter that vouched for Trump's health in terms some critics felt were over-the-top.

"If elected, Mr. Trump, I can state unequivocally, will be the healthiest individual ever elected to the presidency," Bornstein wrote in a letter that he later admitted was composed in five minutes while a limo waited outside.