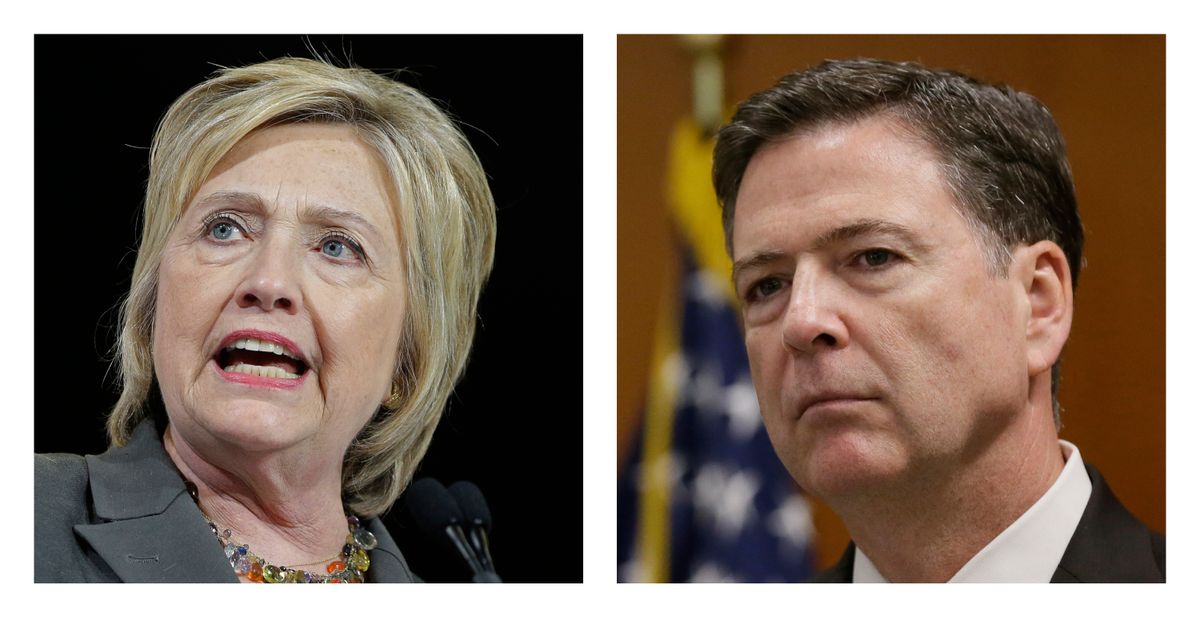 A Freedom of Information Act request by a Los Angeles attorney has revealed that the FBI warrant which helped derail Hillary Clinton's 2016 election campaign was about "nothing at all."

Lawyer Randy Schoenberg wanted to determine what if any probable cause the FBI had to believe that material on former Rep. Anthony Weiner's computer might somehow relate to the Hillary Clinton email probe, according to USA Today. Although the FBI's request argued that there was "probable cause to believe" that Weiner's laptop had "evidence, contraband, fruits and/or items illegally possessed," Schoenberg said the documents obtained through his FOIA request only revealed information that was previously known to exist on email chains between Clinton and her aide Huma Abedin, who was also Weiner's wife.

"I see nothing at all in the search warrant application that would give rise to probable cause, nothing that would make anyone suspect that there was anything on the laptop beyond what the FBI had already searched and determined not to be evidence of a crime, nothing to suggest that there would be anything other than routine correspondence," Schoenberg told USA Today by email.

Schoenberg added that he could not understand why the FBI believed "they thought they might find evidence of a crime, why they felt it necessary to inform Congress, and why they even sought this search warrant. I am appalled."

On day when new election data freshly suggests decisive impact of Comey letter, it is salt in the wound to see FBI rationale was this flimsy

Whenever Comey departs FBI, this episode will be in first graf of any assessment of his tenure. It is stain on his personal legacy & on FBI

And yes, campaign made errors - esp in Wisc & Mich. But Comey must account for his actions too, given how unsupported we now see they were

Nate Silver, the statistician who runs FiveThirtyEight.com, has cited polling evidence to argue that "late-deciding voters broke strongly against Clinton in swing states, enough to cost her MI/WI/PA" and that "Comey had a large, measurable impact on the race." Despite concluding in July that "no reasonable prosecutor" would bring a case against Clinton based on her email scandal, Comey publicly told Congress less than two weeks before election day that they were revisiting the investigation. If Schoenberg is correct and Weiner's laptop did not contain probable cause for the FBI to conclude that they needed to inform Congress, it will raise serious questions about Comey's motives for acting as he did.

It also raises questions as to why the FBI, despite seeming to know about Russia's attempts to hack the election in order to swing it to Trump, did not reveal this information before election day while reviving a dead charge against Clinton.

In November, The Guardian reported that many in the FBI had a pro-Trump and anti-Clinton bias, and there were warnings in advance that the FBI might have had a partisan agenda. Two days before Comey released his letter, former New York City mayor and Trump adviser Rudy Giuliani — who has close connections to the FBI — told Fox to expect "a surprise or two that you’re going to hear about in the next few days. I mean, I’m talking about some pretty big surprises."