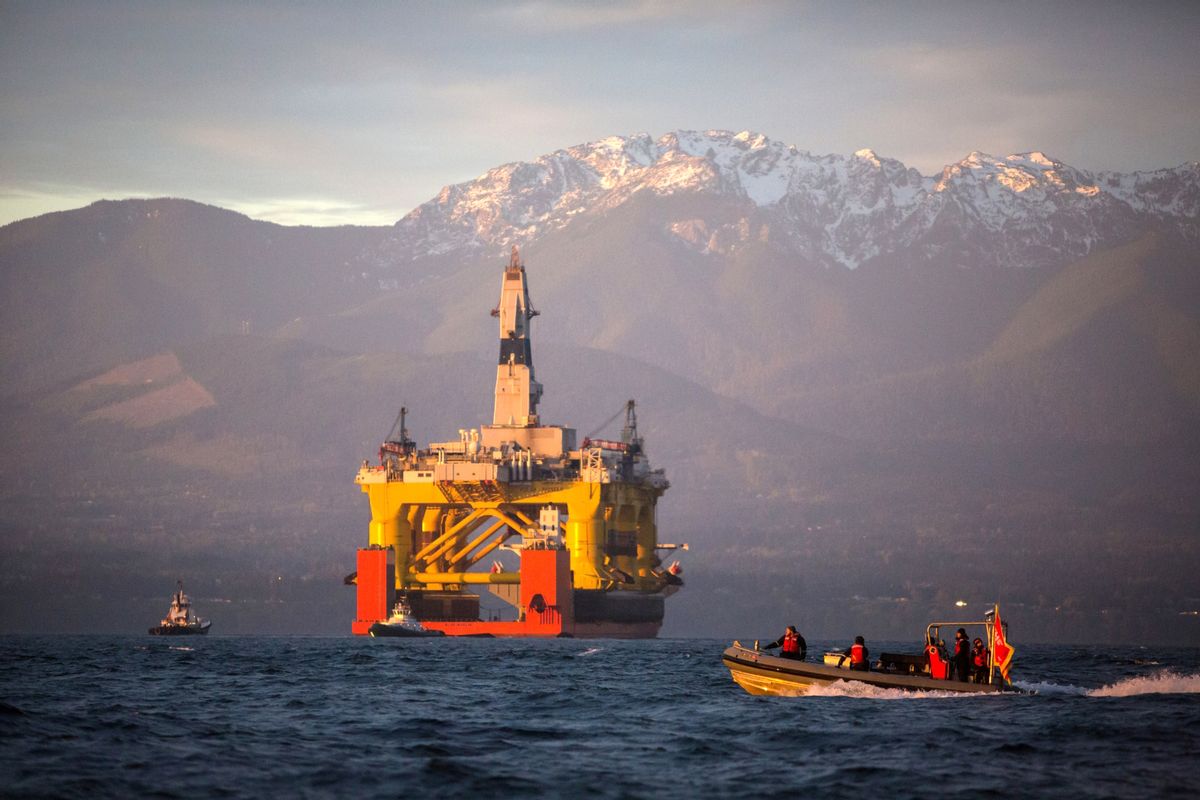 FILE - In this April 17, 2015 file photo, with the Olympic Mountains in the background, a small boat crosses in front of an oil drilling rig as it arrives in Port Angeles, Wash., aboard a transport ship after traveling across the Pacific. (AP)
--

President-elect Donald Trump may be staffing his administration with anti-environmentalists, but that isn't stopping President Barack Obama from using his final weeks in office to protect the planet.

The president is invoking a provision in a 1953 law known as the Outer Continental Shelf Lands Act in order to indefinitely block drilling in large sections of the Arctic and Atlantic, according to CNBC on Tuesday. This will include most of the Beaufort and Chukchi seas in the Arctic and 31 underwater canyons in the Atlantic.

Obama's decision occurred on the same day that Canada imposed a five-year ban on all oil and gas drilling in the Canadian Arctic. Both the United States and Canada said they will work together to find shipping lines through connected Arctic waters that are sustainable.

Provision 12(a) of the law allows presidents to "withdraw from disposition any of the unleased lands of the outer Continental Shelf." Because the law doesn't contain any provisions allowing subsequent presidents to repeal their predecessors' decisions, it is not clear how easily or even if Trump can reverse Obama's decision without outright changing the law. Although the provision has been used in the past to protect smaller portions of the Outer Continental Shelf for limited periods, no president has ever used it to cover as much area or to do so indefinitely.

One of Trump's major campaign promises was to open more federal land for oil and natural gas drilling, and cabinet appointments from Rex Tillerson as secretary of state to Scott Pruitt as head of the Environmental Protection Agency suggest that he plans on pursuing an anti-environmentalist agenda. Obama's invocation of the 1953 law will at the very least make the offshore drilling aspect of this agenda much more difficult for Trump to effectively implement.

"Our national security depends on our ability to produce oil and natural gas here in the United States," said Erik Milito, upstream director at the American Petroleum Institute, in a statement published by CNBC. "This proposal would take us in the wrong direction just as we have become world leader in production and refining of oil and natural gas and in reduction of carbon emissions."

The API also insisted that Obama's action can be overturned, although it remains to be seen whether that is indeed the case.