Rex Tillerson, Donald Trump's secretary of state pick, once bragged about his "close relationship" with Putin

The president-elect may not want people to think he's a Russian puppet, but his choice of Tillerson is troubling 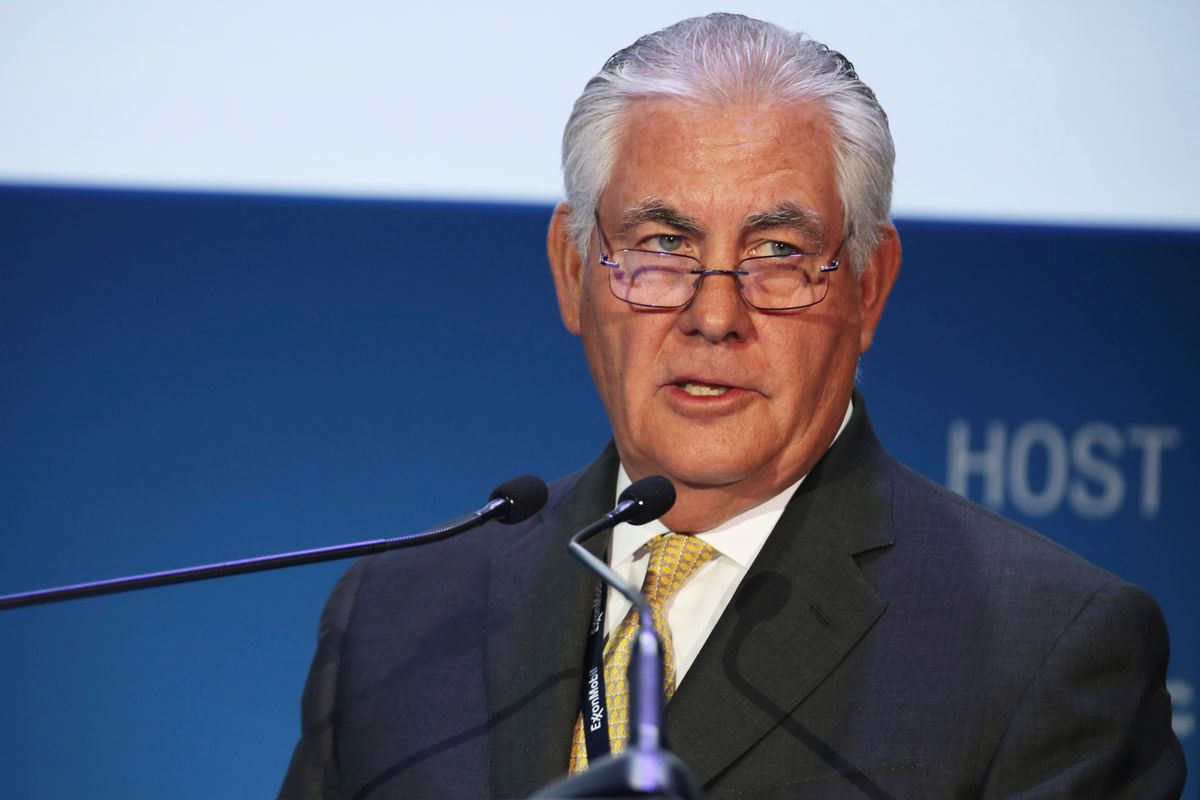 FILE - In this Nov. 7, 2016, file photo, ExxonMobil CEO and chairman Rex W. Tillerson gives a speech at the annual Abu Dhabi International Petroleum Exhibition & Conference in Abu Dhabi, United Arab Emirates. Throughout the presidential campaign, the Bush family and many of its Republican allies turned their backs on Donald Trump. Now, they’re finding common cause with Trump over his pick to lead the State Department: Tillerson, who has long orbited their same political, philanthropic and business circles. (AP Photo/Jon Gambrell, File) (AP)
--

Donald Trump is adamant that he's not close to Russia, but as we learn more and more about the administration, these connections appear out of the woodwork.

Take Trump's pick for secretary of state, Rex Tillerson. In 2008, Tillerson was critical of Russia, saying the country needed to "improve the functioning of its judicial system and its judiciary."

But eight years later, in February, he bragged to students at the University of Texas that he had "a very close relationship" with Putin, according to The New York Times on Tuesday.

Tillerson had strong financial incentives to alter his perception of Putin. In order for ExxonMobil to have access to Russia's oil resources, it was necessary for Tillerson to cozy up to Russia's business oligarchs, who are in turn closely tied to the Putin regime. Tillerson succeeded in doing this, as reflected in the $500 billion joint venture he struck in 2011 with Rosneft, a company that is majority-owned by the Russian government. Because Western sanctions against Russia due to its invasion of Crimea and Ukraine put a kibash on the deal, Tillerson's potential appointment as secretary of state calls into question his objectivity in assessing American foreign policy with regard to Russia.

"This was a man who was deeply skeptical of Russia, and a person who gave every appearance of being unwilling to commit his firm’s famous reputation for sharp investment decisions and careful financial management to the risks of dealing in an anarchic environment," said Bernard Sucher, a former Russia director of Merrill Lynch, in an interview with The New York Times.

Sucher added, "Tillerson had done a 180 on what I understood his views to be."

The defenses of Tillerson's relationship with the Putin regime are remarkably similar to those used for Trump himself. Last week Trump campaign manager Kellyanne Conway told Good Morning America, "It’s not like he’s pounding down vodka with Vladimir Putin at the local bar, but he’s dealt with him in a business context." Similarly, when confronted during the second presidential debate of being a puppet for Putin, Trump replied, "No puppet. No puppet. You're the puppet. No, you're the puppet."

Trump also claimed during the debate, "I don't know Putin. He has said nice things about me."