Anthony Bourdain's wake-up call for liberals calling for revolution: "Whose heads are gonna be on the pike first? Us"

In a new interview, the famously outspoken chef and TV host doesn't mince words about Trump and America 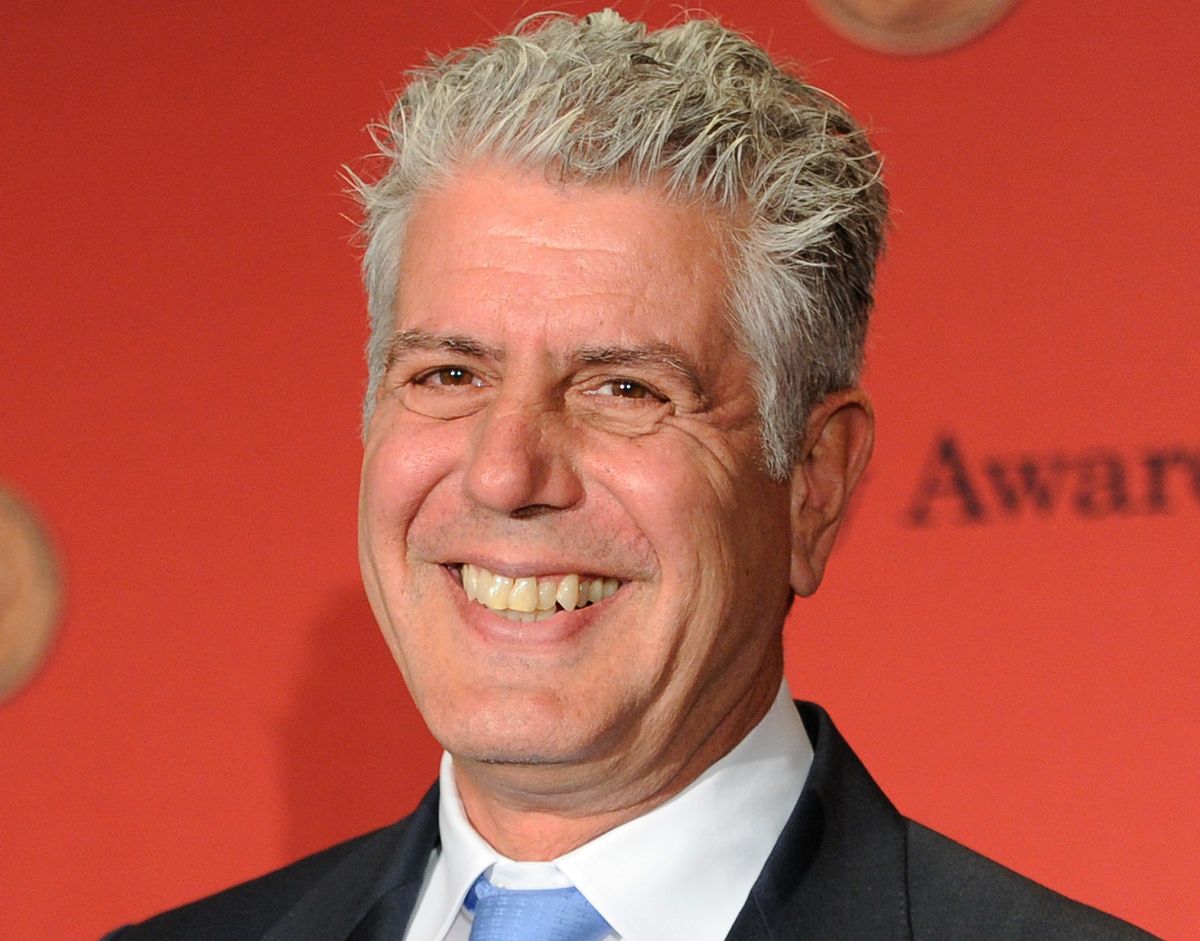 Like many Americans, Anthony Bourdain is deeply worried about what the future of this country will be under President-elect Donald Trump.

"No fan of the Clintons am I, by a long shot," Bourdain told Eater in an interview published on Wednesday. "But I’m a New Yorker, Donald Trump is a New Yorker. And the New Yorkers I know, we’ve lived with this guy for 30 years. I’ve seen Donald Trump say things one day, and then I saw what he did the next."

He added, "I’m not saying I know the guy personally, not like I’d hug him, but I’m saying that as a New Yorker, we pretty much are neighbors. And my many years of living in his orbit have not left me with a favorable impression, let’s put it that way."

After taking a shot at Trump's anti-Mexican rhetoric (Bourdain is a longtime champion of Mexican restaurant workers) by commenting that Trump's Virginia vineyard probably employs Mexican immigrants, Bourdain went on to explain why he believes Red State Americans cast their ballots for Trump.

He added, "We are a violent nation, from the beginning. I’m not arguing for current gun policy, but I think it’s worth acknowledging that this is a country founded in violence, a country that has always worshipped outlaws, loners, cowboys, and people who got the things they got by the gun. We glorify it, we created an entertainment industry that does little but glorify solving complex problems with simple violence."

He was also critical of the left.

"But I think to mock constantly, as so much of the left has done — to demonize, to ridicule, to treat with abject contempt people who live in a very different America than they live in — is both ugly and counterproductive," Bourdain said. "There are a lot of people who are pissed off, they’re tired of being talked to like that."

Bourdain also pointed out that, while he is no fan of political correctness, he doesn't believe the political arena is the appropriate place for Trump's inflammatory language.

"I’m a guy who’d like to blow up every safe space, every trigger warning," Bourdain said. "I would like to unleash every comedian to say 'c**t' as many times as they like, or any other word they care to use. But the threshold of acceptable rhetoric right now, the threshold of hate and animus that’s being shown at this point — this really naked hatred of every flavor, racists, sexists, pure misogyny, class hatred, hatred of the educated — this is something I’ve never seen before. And it’s now acceptable! It’s more acceptable in public at political rallies than it is at universities, which is where people should be saying offensive shit."

He also had harsh words for liberals who believe Trump's election will lead to such a disaster that it will cause a left-wing revolution.

"I think it was Lenin who said one of my favorite lines: 'On the train of the revolution, we will lose the liberals at the first turn,'" Bourdain said. "It’s always worth remembering: In any revolution, whose heads are gonna be on the pike first? Us. And shortly after that, the originators and founders of the revolution."

Bourdain also declared that he will "never eat" in the new branch of Sushi Nakazawa that Alessandro Borgognone announced he would open in Trump's Washington D.C. hotel shortly after the Republican won the presidential election.

During an interview with Grub Street in November, Borgonone characterized his decision to open a restaurant in Trump International Hotel thusly: