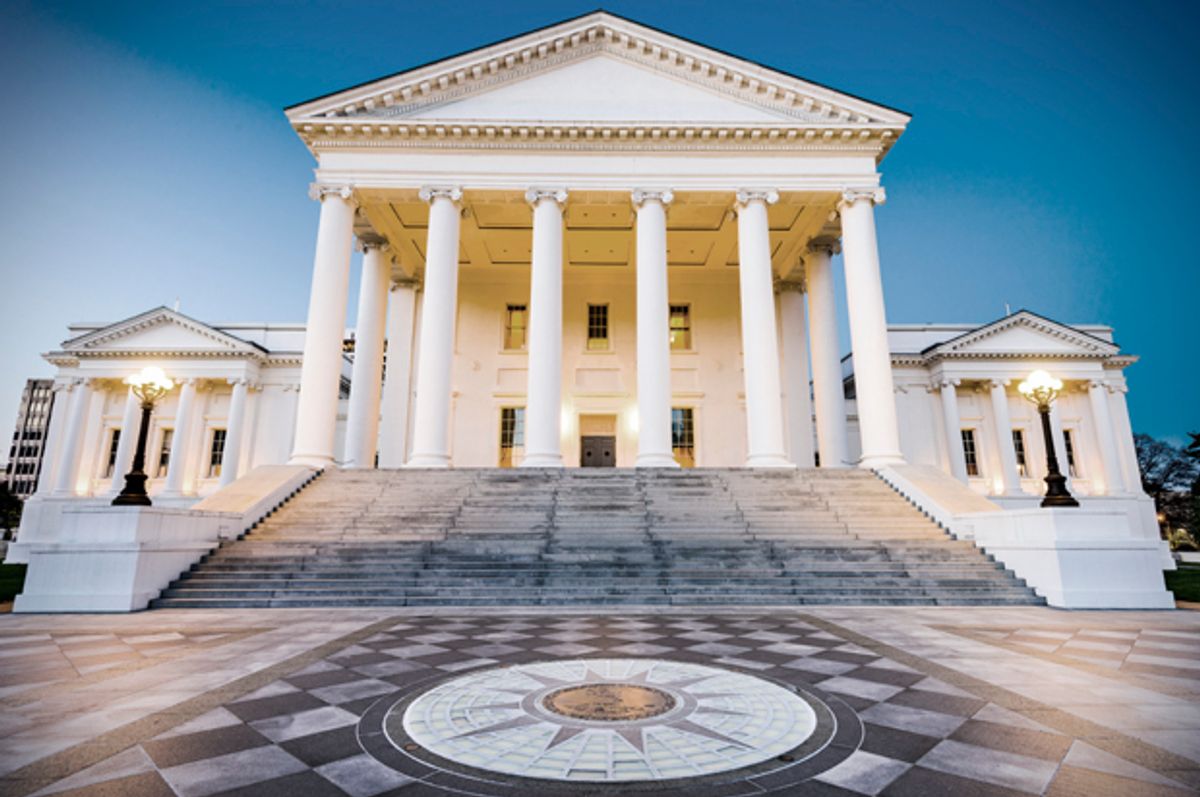 Virginia delegate David LaRock has pre-filed a bill known as HB1473, or the Pain-Capable Unborn Child Act, in order to ban abortions in the state after 20 weeks, Mother Jones reported on Wednesday. When LaRock did this last week, it was actually the third time he had introduced legislation with the goal of banning late-term abortions; he made similar efforts during the last two legislative sessions in the state as well.

If passed, HB1473 would prohibit abortions from an earlier point than the standard of "fetal viability" established by Roe v. Wade in 1973. Although opponents of abortion justify doing this by claiming that fetuses can feel pain after 20 weeks, that assertion has not been scientifically proved. Nevertheless, the bill would only allow pregnancies to be terminated after 20 weeks if the mother's life is at risk or the pregnancy presents a "serious risk of substantial and irreversible physical impairment of a major bodily function." It would also require late-term abortions to be performed in such a way "that that would provide the unborn child the best opportunity to survive." The bill also classifies performing a late-term abortion as a Class 4 felony subject to imprisonment and a fine of up to $100,000 and allows "civil remedies" for parents of a fetus that was terminated after 20 weeks.

HB1473 is only the latest effort in the war against reproductive rights being waged by social conservatives. Virginia already mandates that women receive information discouraging abortion before terminating their pregnancies, requires them to receive an ultrasound before undergoing an abortion, prohibits minors from receiving an abortion without parental consent, and offers only limited health plans covering abortion through their state's exchange as provided by the Affordable Care Act.

Meanwhile, the crusade to ban abortions after 20 weeks has been successful in 18 states, most recently in Ohio, where Gov. John Kasich signed one of those bans into law earlier this month. In a similar vein, Texas state health officials have passed rules requiring the equivalent of funeral arrangements whenever a woman terminates or loses a pregnancy outside of her home and denying Medicaid funds to Planned Parenthood.