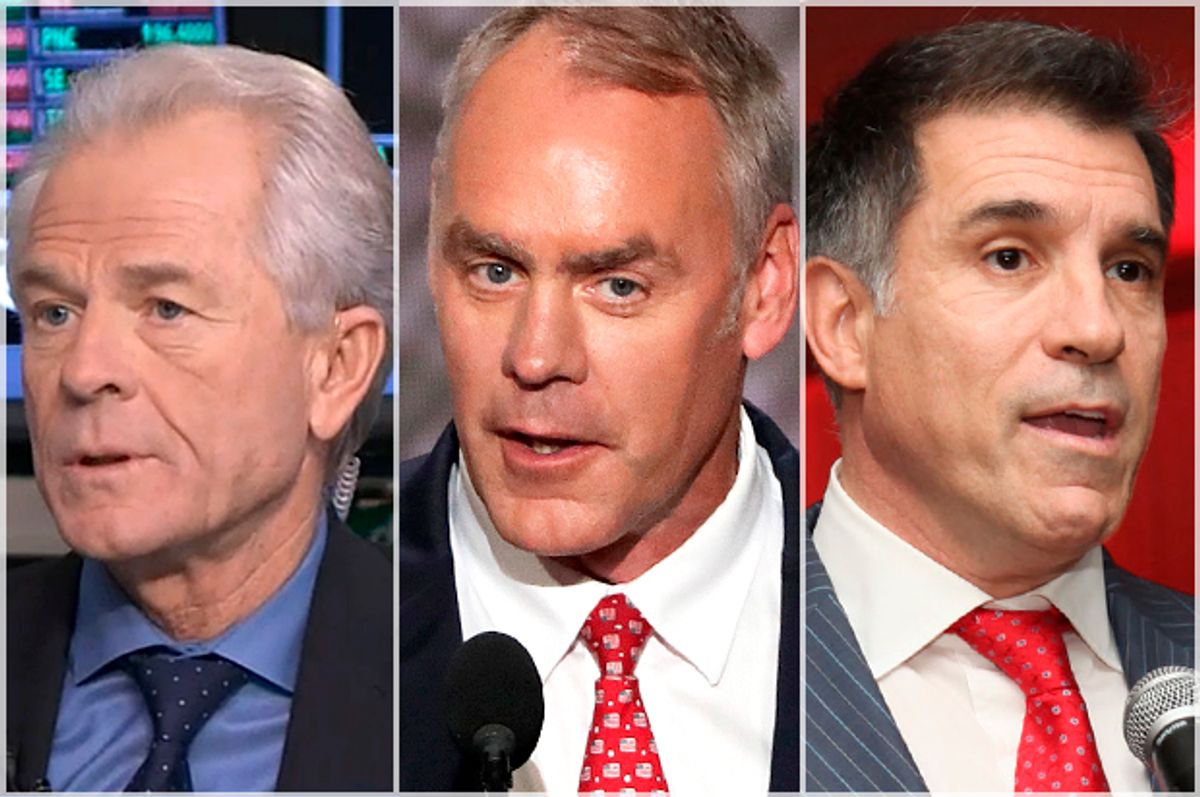 Here's what we've learned about who will be joining Donald Trump's government next month, and helping to shape the government.

Vincent Viola for secretary of the Army

In a cabinet that has no shortage of billionaires, the president-elect has added yet another 10-figure name to his administration. Army secretary pick Vincent Viola earned his billions by founding Virtu Financial, a high-frequency electronic trading firm. He also served as chairman of the New York Mercantile Exchange from March 2001 to March 2004 and purchased the Florida Panthers in 2013. The Trump campaign chartered a Boeing 737 from Viola to fly Mike Pence around.

It was bold enough for Trump to announce the creation of a new National Trade Council on Wednesday, but his choice of economist Peter Navarro certainly raised eyebrows, as The Wall Street Journal wrote on Wednesday.

Although Navarro is the first economist to be appointed to a senior position in the Trump White House, he has also taken positions on China that could further the tensions Trump has already managed to cultivate despite not being president yet. Navarro's books include "The coming China wars" in 2008 and "Death by China: Confronting the dragon -- A global call to action" in 2011.

"What we share in common is a deeper understanding of the key structural problem facing the U.S. economy, and it’s the trade issue," said Mr. Navarro in an interview with The Wall Street Journal prior to the election.

Rep. Ryan Zinke of Montana, who Trump tapped to run the interior department last week, has some serious baggage that could interfere with his confirmation.

Three former unit leaders and a military consultant allege that Zinke was guilty of travel fraud back when he served in Navy SEAL Team 6, according to The Intercept on Tuesday.

They allege that Zinke traveled to renovate his home in Whitefish, Montana, multiple times in 1998 and 1999 despite claiming in his travel vouchers that he was engaged in official duties. Because he continued this practice even after he was caught and reprimanded, he was released from the SEALs after his last assignment with them.