Donald Trump will take credit for the economy, no matter what actually happens

He hasn't even become president yet, but Donald Trump really wants you to think he's helping the economy 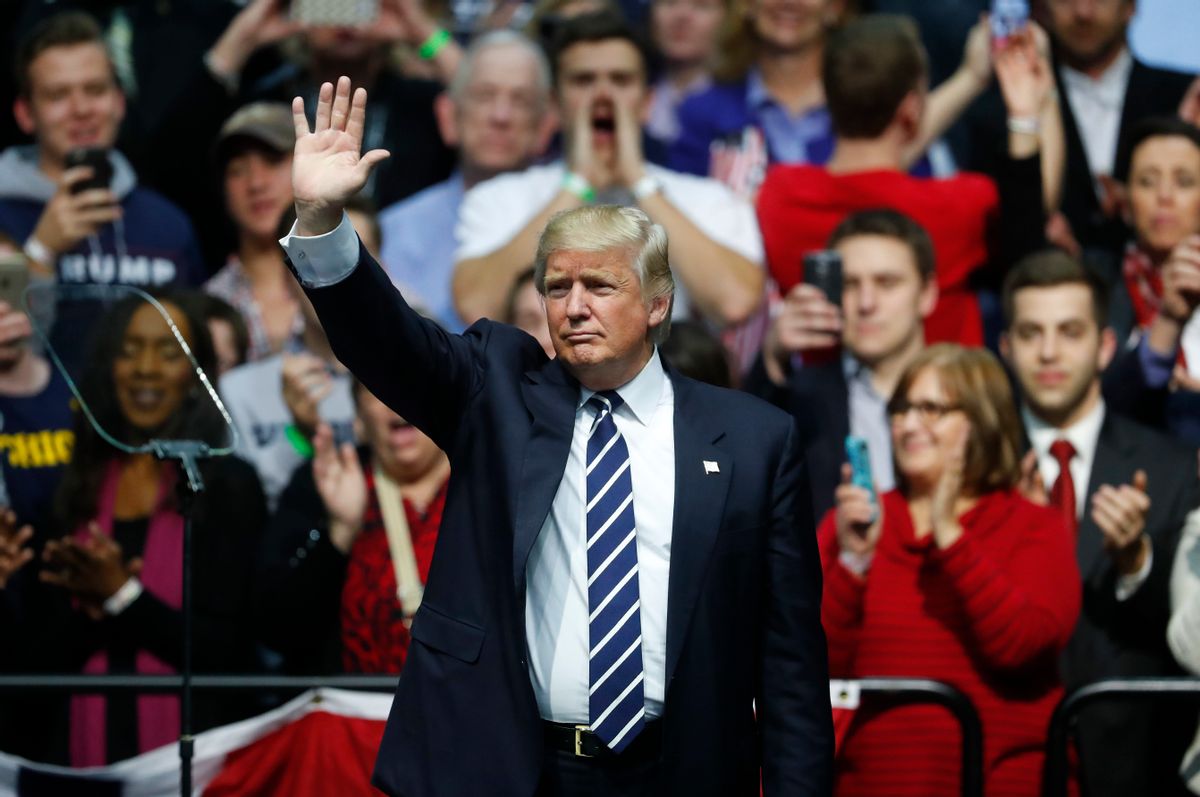 President-elect Donald Trump has been taking to Twitter to brag about how much he has improved the economy — even though he hasn't taken office yet.

The world was gloomy before I won - there was no hope. Now the market is up nearly 10% and Christmas spending is over a trillion dollars!

The U.S. Consumer Confidence Index for December surged nearly four points to 113.7, THE HIGHEST LEVEL IN MORE THAN 15 YEARS! Thanks Donald!

There are many ways of measuring whether our economy is doing well, so it's likely that Trump will be able to spend the next four years touting his economic achievements regardless of whether ordinary Americans are actually benefiting from them.

Unemployment is currently at a nine-year low of 4.6 percent and our economic growth exceeds 3 percent annually, but Trump has in the past dismissed numbers like the unemployment rate as "total fiction," as Politico reported on Tuesday. Instead, he is more likely to choose economic metrics that fit into the narrative woven by his campaign.

"Some of the traditional measures of economic success like the top-line unemployment rate aren’t really very meaningful anymore," Stephen Moore, a Heritage Foundation scholar who served as an economic policy adviser to the Trump campaign, told Politico. "Trump will be measured on how well he does bringing economic development to areas that never felt the recovery, and that means Michigan, Pennsylvania, Ohio, Wisconsin and more rural areas in places like Virginia and the Southeastern states. That’s how he won and he has to deliver for those people."

It is also possible that Trump will focus on America's trade deficit, which was another major point he brought up during his campaign. A Politico source said that Trump "may look at the trade deficit as a measure of his success . . . I would argue that if the pro-growth elements of the program work, then the trade deficit is going to get larger, probably quite a bit larger."

Even Trump's reference to the Consumer Confidence Index is misleading.

"The increase in economic confidence mostly stems from Republicans' more positive views after Republican Donald Trump won the election," said Gallup in their report on the index and its significance. "Gallup has previously noted that Americans view the economy through a political lens. Republicans have had a dismal view of the economy — especially of its future direction — during Democratic President Barack Obama's two terms."

In other words, the only thing we can predict with certainty at this point is that President-elect Donald Trump will brag endlessly about how he has made the economy great — even if, in the eyes of the Americans who aren't already predisposed to support him, this isn't actually the case.