President Obama has struck back at the alleged Russian hackers. 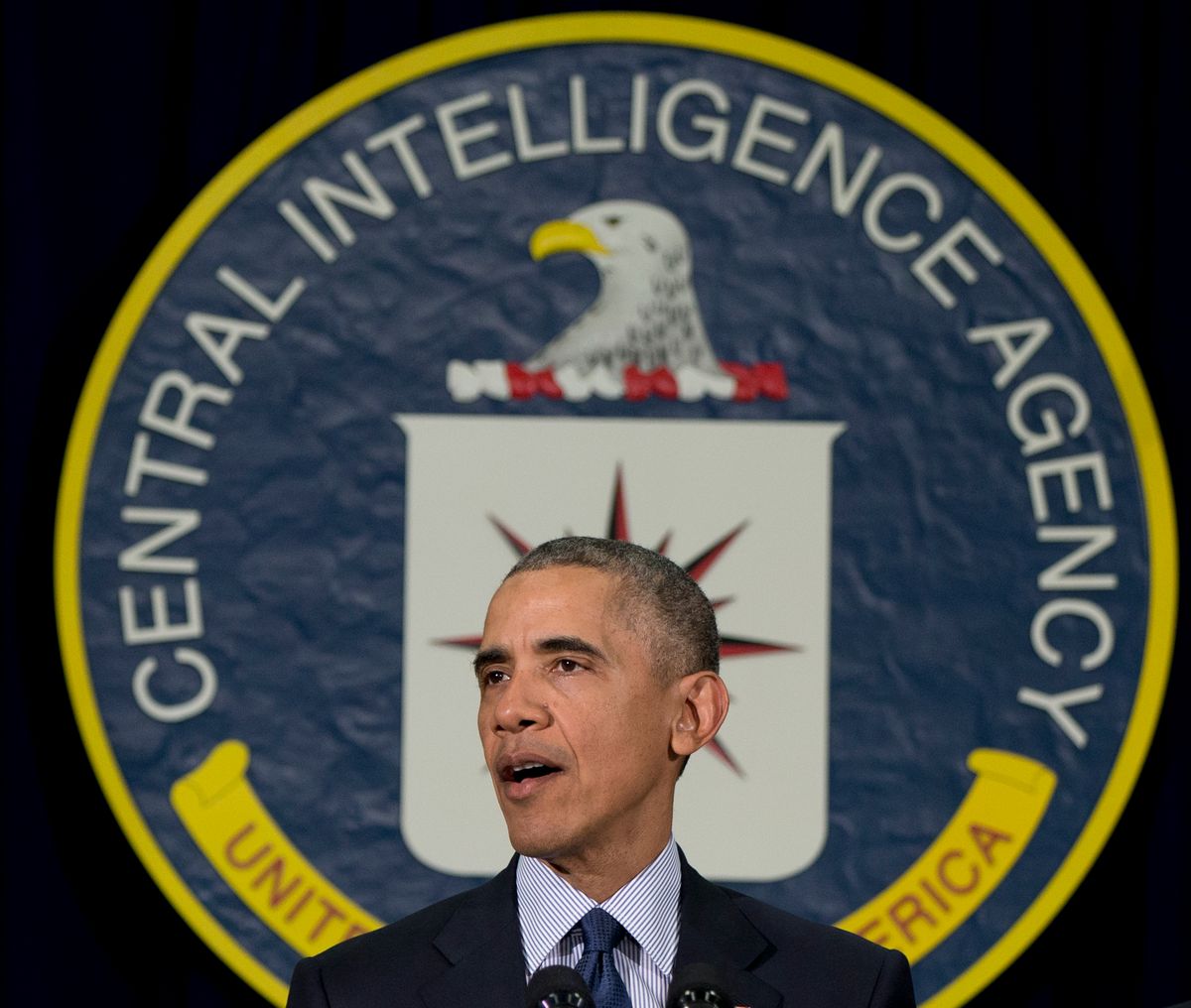 FILE - In this April 13, 2016, file photo, President Barack Obama speaks at the CIA Headquarters in Langley, Va. Obama's foreign policy legacy may be defined as much by what he didn't do as what he did. (AP Photo/Carolyn Kaster, File) (AP)
--

President Barack Obama has struck back at Russia for its alleged meddling in the 2016 presidential election.

The president issued an executive order on Thursday, punishing Russia for its alleged hacking of the 2016 presidential election by imposing new sanctions and calling out some of the people alleged to have ordered the hack by name. He also ordered the State Department to eject 35 Russian diplomats from the embassy in Washington and consulate in San Francisco, with the instruction that they and their families have 72 hours to leave the United States for acting in a "manner inconsistent with their diplomatic status."

The president has also closed two Russian compounds in New York and Maryland in response to alleged Russian harassment of American diplomats.

Obama's new executive order on Thursday is actually an amendment to an existing executive order issued in April 2015 in response to North Korea's alleged hacking of Sony. Among other things, it gave Obama the power to issue travel bans and asset freezes against foreign powers who were "determined to be responsible for or complicit in malicious cyber-enabled activities that result in enumerated harms that are reasonably likely to result in, or have materially contributed to, a significant threat to the national security, foreign policy, or economic health or financial stability of the United States."

Thursday's update of that executive order uses those powers to immediately sanction a quartet of Russian intelligence officials: Igor Valentinovich Korobov, the chief of a military intelligence agency known as the G.R.U., and three of his deputy chiefs — Sergey Aleksandrovich Gizunov, Igor Olegovich Kostyukov, and Vladimir Stepanovich Alekseyev. It also imposed sanctions on three companies and organizations that it accused of supporting the hack on the Democratic National Committee, including the Special Technologies Center in St. Petersburg, a firm known as either Zor Security or Esage Lab, and a group that provided specialized training for hackers known as the “Autonomous Non-commercial Organization Professional Association of Designers of Data Processing Systems."

When asked about the possibility of sanctions on Wednesday night, President-elect Trump said: "I think we ought to get on with our lives. I think that computers have complicated lives very greatly. The whole age of computer has made it where nobody knows exactly what is going on. We have speed, we have a lot of other things, but I’m not sure we have the kind, the security we need."

Although Trump could reverse the executive order upon becoming president, doing so would immediately distance himself from the intelligence agencies that produced the evidence about the Russian hacks (some of which Obama is expected to publicize either on Thursday or at a later date). Even worse, it would increase suspicions among critics — including some within his own party — that he is too close to the Russian dictator and his regime.