Which Americans are disposable? What "Space Traders" can teach us about the rise of Donald Trump 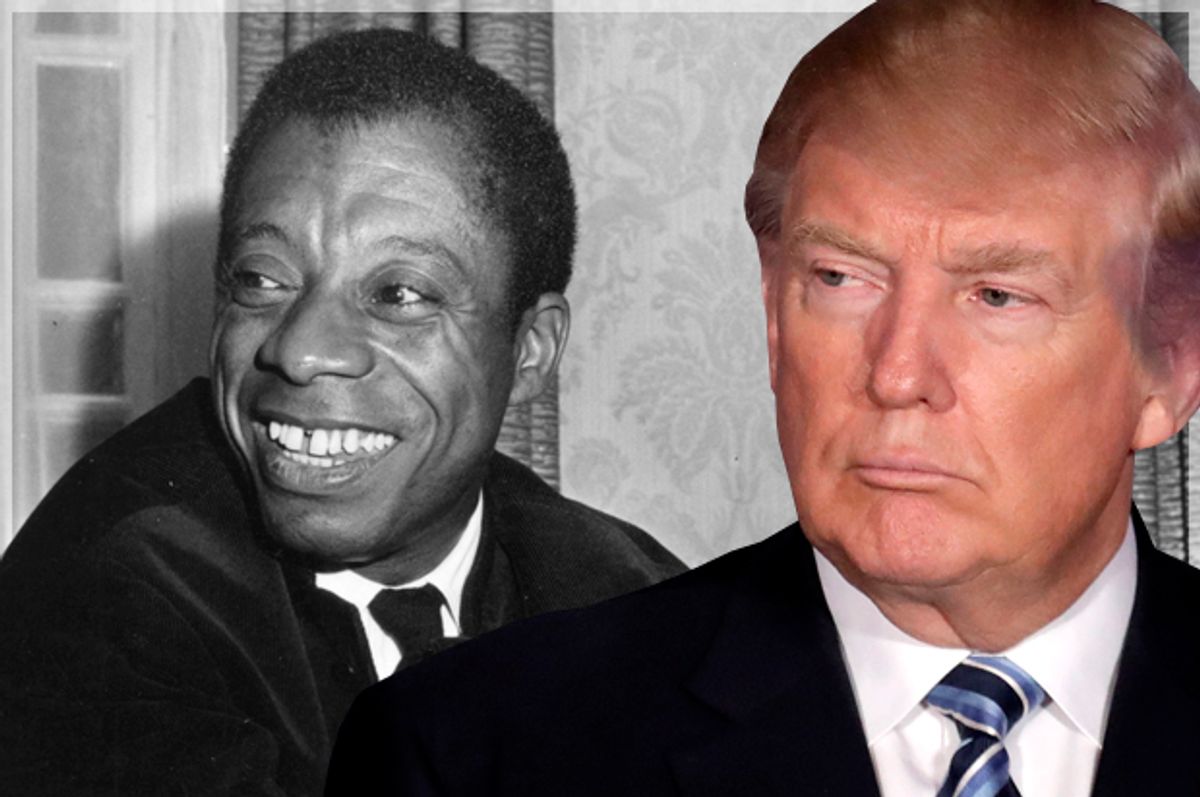 How best to describe the interminable, exhausting year that was 2016? It was the year that stole away Muhammad Ali, David Bowie, George Michael, Leonard Cohen, Maurice White, Carrie Fisher, Debbie Reynolds and Prince. 2016 saw tens of millions of Americans engage in a national tempter tantrum and nihilistic fit as they discarded America's moral leadership in the world by electing an authoritarian leader and fascist as president.

2016 was the year of the big payback. The United States has meddled in the elections of other countries and overthrown democratically elected governments around the world. Russian President apparently Vladimir Putin did the same thing to America as he and his agents helped Donald Trump defeat Hillary Clinton. 2016 was the past-as-present along the color line: In keeping with their historic origins as slave patrollers and enforcers of American apartheid, America's police continue to harass, kill, and abuse black and brown people with (relative) impunity. There was resistance from groups such as Black Lives Matter and the stalwart members of the Standing Rock Sioux Tribe who stood up against injustice, prejudice, racism, corruption and bigotry.

But in searching for the words to describe 2016 and what the American people can expect in 2017, First Lady Michelle Obama said it best when she recently told Oprah Winfrey that, "We feel the difference now. See, now, we are feeling what not having hope feels like ..." In that moment, Michelle Obama demonstrated, once again, how she is a role model of class, dignity, intelligence, and black respectability. She and her husband are national treasures. Their leadership will be truly missed.

The ignorant buffoon Donald Trump is their direct and stark opposite.

He is an example of life imitating art, and of political absurdist theater as national policy. 2016 was Trump's year: on Election Day the movie "Idiocracy" somehow combined with the white supremacist fantasies of "The Turner Diaries" and a bad political thriller written by Tom Clancy or Dan Brown to hoist him to power. People of conscience watched Trump's ascendancy in disbelief. This could not be happening ... except that it was. The counterfactual and "what if?" scenario about fascism coming to America was no longer the stuff of speculative fiction or pulp magazines and comic books.

If Donald Trump's ascendance to power is (poorly written) fiction made real, it resonates in an eerie way with a little-appreciated short story from several decades ago.

The 1994 TV short film "Space Traders," directed by Reginald Hudlin of "House Party" fame, was based on a story of the same name by the late Derrick Bell and aired as part of an anthology called "Cosmic Slop." It explores what happens when extraterrestrials made "first contact" with the United States  -- using a holographic projection of Ronald Reagan -- and offer to solve all of the country's economic and environment problems. As proof of their power, the aliens turn the Statue of Liberty into solid gold and clean the polluted air over Los Angeles and Denver. The extraterrestrials have a price for this service. All black Americans with skin darker than a brown paper bag must to be given to the aliens, for purposes unknown.

Will African-Americans become food, pets, subjects for experimentation? Perhaps they will be feasted, protected or worshiped? The extraterrestrials provide no answers. In an ultimate solution to the centuries-old "Negro Question," a Republican president and his administration (aided by a black conservative) debate the merits of the offer and eventually decide that the American people should vote on the matter. Black Americans are a minority group. Consequently, they are outvoted by the majority. Of course, this outcome has the superficial veneer of being "fair," because the outcome was "democratic." The safety, security, and freedom of black Americans are treated as something illusory, debatable propositions instead of inalienable civil and human rights. "Space Traders" concludes with millions of black Americans -- much like their ancestors who were loaded into the bowels of slave ships centuries before -- being marched at gunpoint into the cargo holds of the alien vessels.

"Space Traders" is unapologetically direct. As with Kevin Willmott's alternate-history mockumentary "C.S.A.: The Confederate States of America," the politics of "Space Traders" are transparent. The film's allusions are even more so. This makes "Space Traders" brutally efficient -- the film is a hammer and everything it hits is a nail -- in highlighting how the social and political condition of black Americans (and to varying degrees, other minority groups) has historically been one of vulnerability, contingent citizenship, precariousness and what Cornel West has memorably described as "niggerization."

In thinking about the power of "niggerization" around the world, one should also take account of James Baldwin's refusal of the "white gaze," of the way white supremacy tries to define the humanity of black people. This is how he explained it in the documentary "Take This Hammer":

Now here in this country we’ve got something called a nigger. It doesn’t, in such terms, I beg you to remark, exist in any other country in the world. We have invented the nigger. I didn’t invent him. White people invented him. ... I know and have always known —  and really always, that is part of the agony — I’ve always known that I’m not a nigger. But if I am not the nigger, and if it’s true that your invention reveals you, then who is the nigger? I am not the victim here. I know one thing from another. I know I was born, I’m going to suffer, and I’m going to die. The only way you get through life is to know the worst things about it. I know that a person is more important than anything else, anything else. I learned this because I’ve had to learn it. But you still think, I gather, that the nigger is necessary. Well, he’s unnecessary to me, so he must be necessary to you. I’m going to give you your problem back. You’re the nigger, baby, it isn’t me.

These are the feelings and sentiments now being experienced by many tens of millions of black Americans and others (Muslims, Arabs, Hispanics and Latinos, gays and lesbians, women and other marginalized groups) because of the election of Donald Trump.

Why do they feel this way?

Donald Trump drew on violence, racism, authoritarianism and ethnocentrism to win the White House. He promised to have mass deportations of millions of people, slurred entire ethnic groups as rapists, murderers and terrorists, wants to allow police to further violate the constitutional rights (as well as safety and dignity) of blacks and Latinos in the interest of fighting crime, and is eager to take away women's reproductive rights and reverse the hard-won civil rights of gays and lesbians. In supporting him, Donald Trump's voters made a transactional decision in the voting booth. They chose to hurt their fellow citizens because of a belief that Trump would elevate them over other Americans as well as provide economic opportunities that were heretofore somehow denied to white people. Trump's election has also been one more step in the extremely dangerous mainstreaming of overt white supremacy and white nationalism as merely an "alternative" point of view -- instead of something that should be anathema to post-Civil Rights-era public discourse.

Looking toward the immediate future, it would be great to be able to say that 2017 will be better than the tumultuous and traumatic 2016. But sometimes the truth provides no comfort.

I have been rereading Studs Terkel and his amazing interviews with Americans during the Great Depression and World War II. I have also been reflecting on my conversations with my father, who lived during that era and fought in North Africa during the war. In both Terkel's work and my father's stories there was always a sense of hope and optimism, a sense that America would be OK and that our future was bright. With the election of Donald Trump, I, like many other Americans, no longer believe that such an outcome is assured.