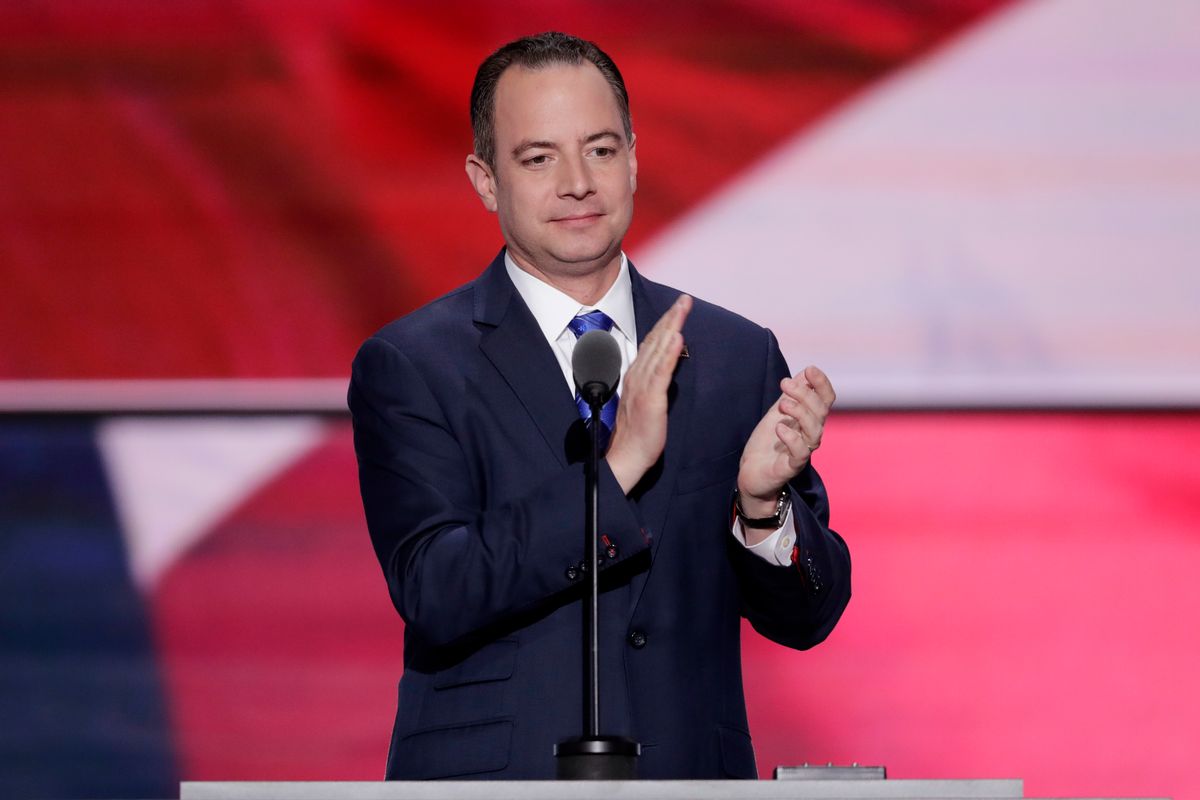 Republican National Committee Chairman Reince Priebus, who will soon enter the White House as President-elect Donald Trump's chief of staff, appeared on Fox News' "The O'Reilly Factor" on Thursday night to defend his boss' dismissive attitude toward allegations that Russian hackers helped him win the election.

"Right now we're just not in a position to sit here and respond to all of these details, before we have a full-blown intelligence report on this matter," Preibus said.

After pointing out that no concrete evidence has yet been provided as proof of Russia's involvement in the hacking, and claiming that many of the intelligence agencies disagree with each other, Priebus tried to reassure substitute host Eric Bolling that Trump takes these allegations very seriously.

"The president-elect agrees with this: We agree that foreign governments shouldn't be hacking American institutions, period," Priebus said. "So it's not like we condone the hacking of institutions and entities and businesses in America. Of course not. It's wrong and it's something that we don't agree with."

But when reports that Russia had hacked into the Democratic National Committee's emails first came out, Trump responded by encouraging them.

"I will tell you this, Russia: If you’re listening, I hope you’re able to find the 30,000 emails that are missing," Trump said at a news conference in Florida in July. "I think you will probably be rewarded mightily by our press."

"That’s going to be up to him and he is going to sit down and talk to his leadership at the Defense Department and State and in the White House and make those decisions, Eric," Priebus said.

Priebus' avoidance of the issue is consistent with how the Trump team has responded since Obama's sanctions were announced on Thursday. Former campaign manager and impending White House counsel Kellyanne Conway accused Obama of trying to "box in" Trump with the sanctions, while incoming press secretary Sean Spicer asked why he had never "seen an interview where anyone at the DNC was ever asked a question about whether they take any responsibility for what clearly appears to be a lax effort on them to protect their own networks."

These positions contradict the stances taken by many of Trump's fellow Republicans, including influential foreign policy leaders Sen. John McCain of Arizona and Sen. Lindsey Graham of South Carolina.