Recognizing that the optics of gutting an independent ethics committee were horrific, the GOP is reneging — for now 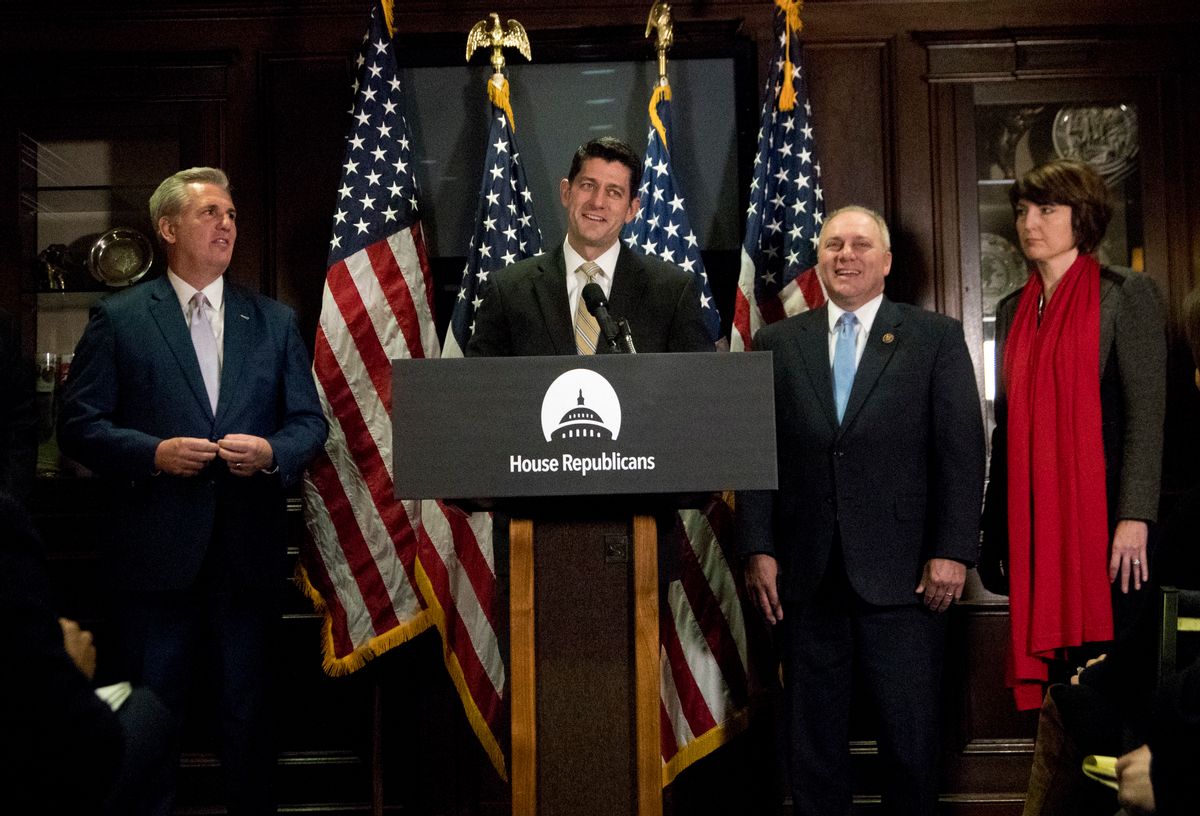 In an emergency conference meeting, House Republicans have unanimously agreed to scrap plans to gut the Office of Congressional Ethics — for now, at least.

Reacting to the bad optics of having the first session of the Republican-led 115th Congress open with the disempowerment of a vital ethics watchdog, the GOP has apparently withdrawn the Goodlatte amendment, which would have seriously limited how Republicans could be disciplined. According to reports, Republicans were bombarded with calls about the ethics vote.

Tellingly, President-elect Donald Trump criticized the Goodlatte amendment on Twitter — not because he found it ethically troubling, but because he believed the timing was off.

With all that Congress has to work on, do they really have to make the weakening of the Independent Ethics Watchdog, as unfair as it

........may be, their number one act and priority. Focus on tax reform, healthcare and so many other things of far greater importance! #DTS

Trump's reaction was similar to that of Sean Spicer, who he has tapped to be his press secretary. "It's not a question of strengthening or weakening, it's a question of priorities," Spicer told reporters at the time. He later added that Vice President-elect Mike Pence "equally shares" Trump's own concerns about the timing of the ethics announcement.

House Speaker Paul Ryan had taken a slightly different tack, defending the House's decision to gut the committee while seeming to acknowledge that they were opening themselves up to criticism for doing so.

"But the Office is not controlled by the Committee, and I expect that oversight authority to be exercised solely to ensure the Office is properly following its rules and laws, just as any government entity should," Ryan said in a statement. "I have made clear to the new Chair of the House Ethics Committee that it is not to interfere with the Office’s investigations or prevent it from doing its job. All members of Congress are required to earn the public’s trust every single day, and this House will hold members accountable to the people."

Both Ryan and House Majority Leader Kevin McCarthy, Republican from California, reportedly spoke out against the Goodlatte amendment at the time.