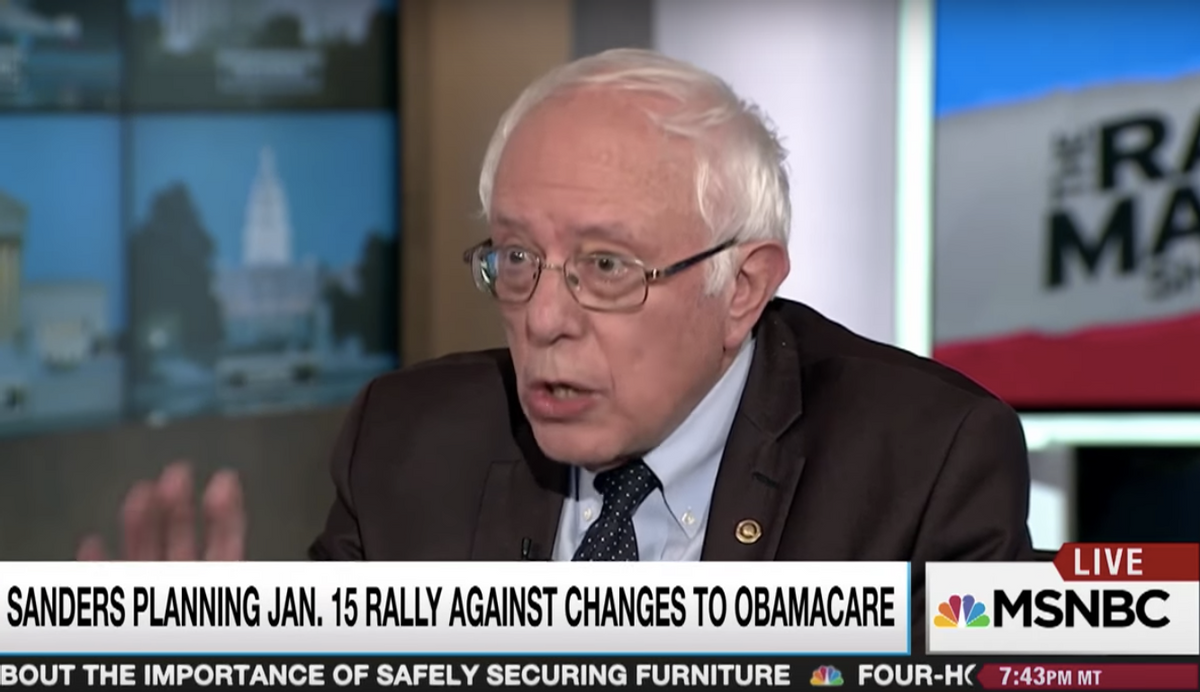 Sen. Bernie Sanders wants Democrats to know that the Republicans do not have a mandate to govern — and that they have a way of fighting.

"Rachel, when people say ‘Ah, you know, I am giving up, I’m in despair,’ forget about that," Sanders told MSNBC's Rachel Maddow Tuesday night. "You have to fight back as people have throughout the history of this country. Our people have stood up and fought back. And the most important point as I said a moment ago, all of these issues, the majority of the people are with us. We have got to go out and reach out to people."

Sanders also pointed out that, despite the setback to progressivism caused by Donald Trump's victory, the trends of history have still overall pushed things in their direction.

"Well 60, 70 years ago, black kids in the South were going to segregated schools, could not drink in a white water fountain," Sanders said. "People fought back. A woman lost her run for president this year. A hundred years ago today women did not even have the right to vote, couldn’t go to the schools they wanted."

Sanders also used the interview to discuss his plan for a series of Democratic rallies on Jan. 15 in opposition to the Republican Party's determination to repeal the Affordable Care Act (colloquially known as Obamacare) without replacing it with a viable alternative. This will almost certainly throw the 22 million people who were enrolled under that program off of their health insurance plans.

Watch the two parts below: