Elizabeth Warren announces she's running for re-election: "This isn't the fight we were expecting to fight" 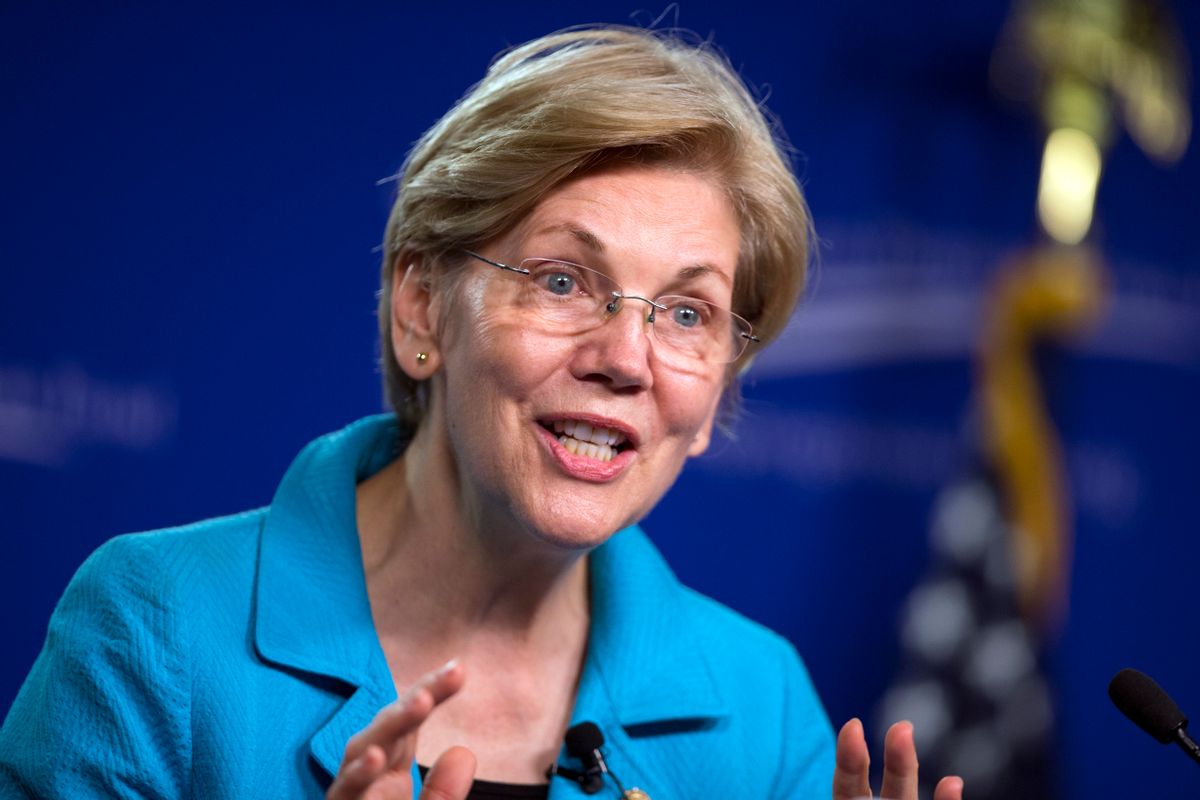 Sen. Elizabeth Warren of Massachusetts, long a favorite of progressive Democrats, has announced that she's running for reelection in 2018.

"Nobody expected 2017 to start this way. This isn’t the fight we were expecting to fight," Warren said in a blog post published Friday morning.

But this is the fight that’s in front of us. And the people of Massachusetts didn’t send me to Washington to roll over and play dead while Donald Trump and his team of billionaires, bigots, and Wall Street bankers crush the working people of our Commonwealth and this country.

This is no time to quit.

I will fight today, tomorrow, next week, this year, next year and as long as I’m standing to build a future – not just for some of our kids, but for all of our kids. That’s why I wanted to let you know that I am running for re-election in Massachusetts in 2018.

Warren is widely regarded as a frontrunner for the 2020 Democratic presidential nomination due to her strong support of Wall Street regulations and workers' rights. Her request to join the Senate Armed Services Committee in December, which was granted, has also been viewed as a sign that she's trying to beef up her resume in order to be better qualified for the presidency.

One possible opponent standing in Warren's way, though, is former baseball pitcher Curt Schilling. In addition to hinting back in October that he is thinking of running against Warren, Schilling has also become notorious for his outspoken far right views. He was fired from ESPN in April due to a transphobic tweet and has accused the Baseball Hall of Fame of refusing to induct him because of his support for Donald Trump.