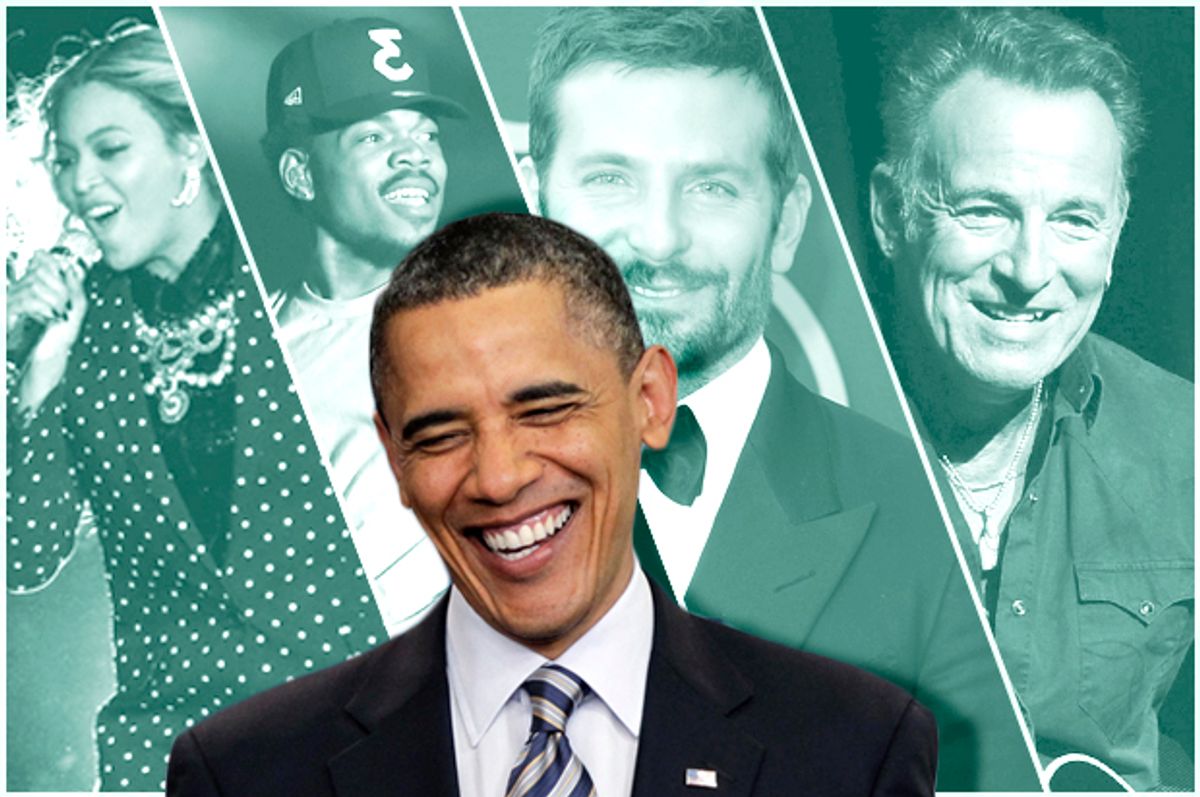 President-elect Donald Trump, despite his protestations to the contrary, is clearly miffed that no A-list celebrities want to celebrate his upcoming inauguration. This makes it all the sweeter that President Barack Obama's farewell party is going to out-star power him by several galaxies.

Despite reports that Trump was furious over Hollywood's repeated inauguration snubs, he attempted last month to pass off this snubbing on Twitter as a sign that he was shunning them and totally not the other way around.

It has already been reported that Elton John, Garth Brooks, and Andrea Bocelli declined invitations, while the administration was unable to get either Justin Timberlake or Bruno Mars to perform. The celebrities they have been able to snag are much less impressive, including Kid Rock, Ted Nugent, the Rockettes, and the Mormon Tabernacle Choir.