WikiLeaks alleges someone in the White House is leaking things, and that's making them mad

WikiLeaks is tweeting out against leaks that it doesn't want leaked 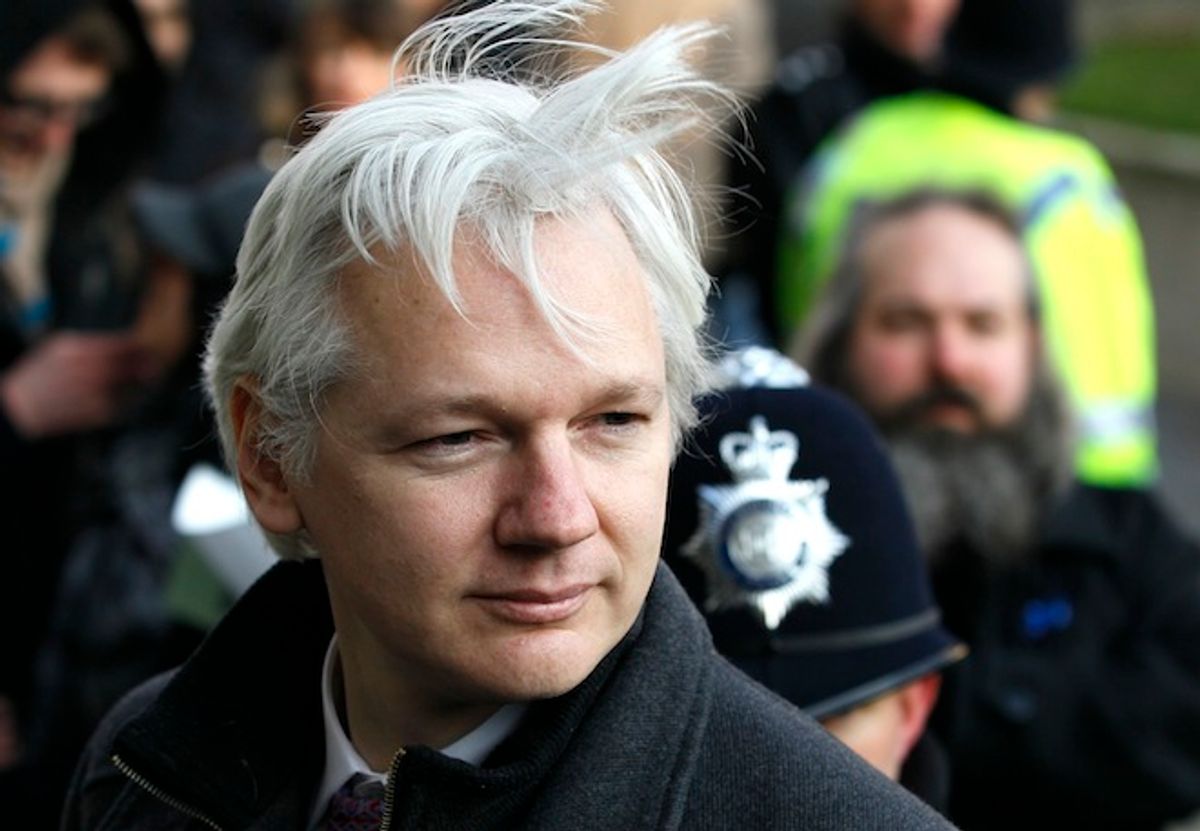 WikiLeaks sent out a tweet on Friday morning angrily claiming, without evidence, that the Obama administration and CIA leaked an intelligence report on Russian hacking to NBC.

The Obama admin/CIA is illegally funneling TOP SECRET//COMINT information to NBC for political reasons before PEOTUS even gets to read it.

They doubled down on their outrage later that same day.

Exactly. But it is also it is well below WikiLeaks standards: No docs published and not falsifiable. Admin flagrantly breaking own laws. https://t.co/k6afeiAHJN

The WikiLeaks account, widely believed to be manned by Julian Assange himself, sounded suspiciously similar to an accusation made against the Obama administration by President-elect Donald Trump on Thursday night.

How did NBC get "an exclusive look into the top secret report he (Obama) was presented?" Who gave them this report and why? Politics!

While it may seem bizarre for an organization ostensibly dedicated to transparency to denounce leaks, this isn't the first time that Assange has taken that position. When the Panama Papers were leaked in April and embarrassed members of Russia's political and financial elite, WikiLeaks denounced them as an "attack story on Putin" funded by the United States government and billionaire George Soros — charges that it made without evidence.

#PanamaPapers Putin attack was produced by OCCRP which targets Russia & former USSR and was funded by USAID & Soros. pic.twitter.com/tgeKfLuROn

US govt funded #PanamaPapers attack story on Putin via USAID. Some good journalists but no model for integrity. pic.twitter.com/5MnZbB6Zwz

UPDATE: It looks like WikiLeaks may have a powerful backer.

I am asking the chairs of the House and Senate committees to investigate top secret intelligence shared with NBC prior to me seeing it.