Don’t let racists fool you: The Chicago kidnapping isn’t about Black Lives Matter. It’s about the violence faced by people with disabilities 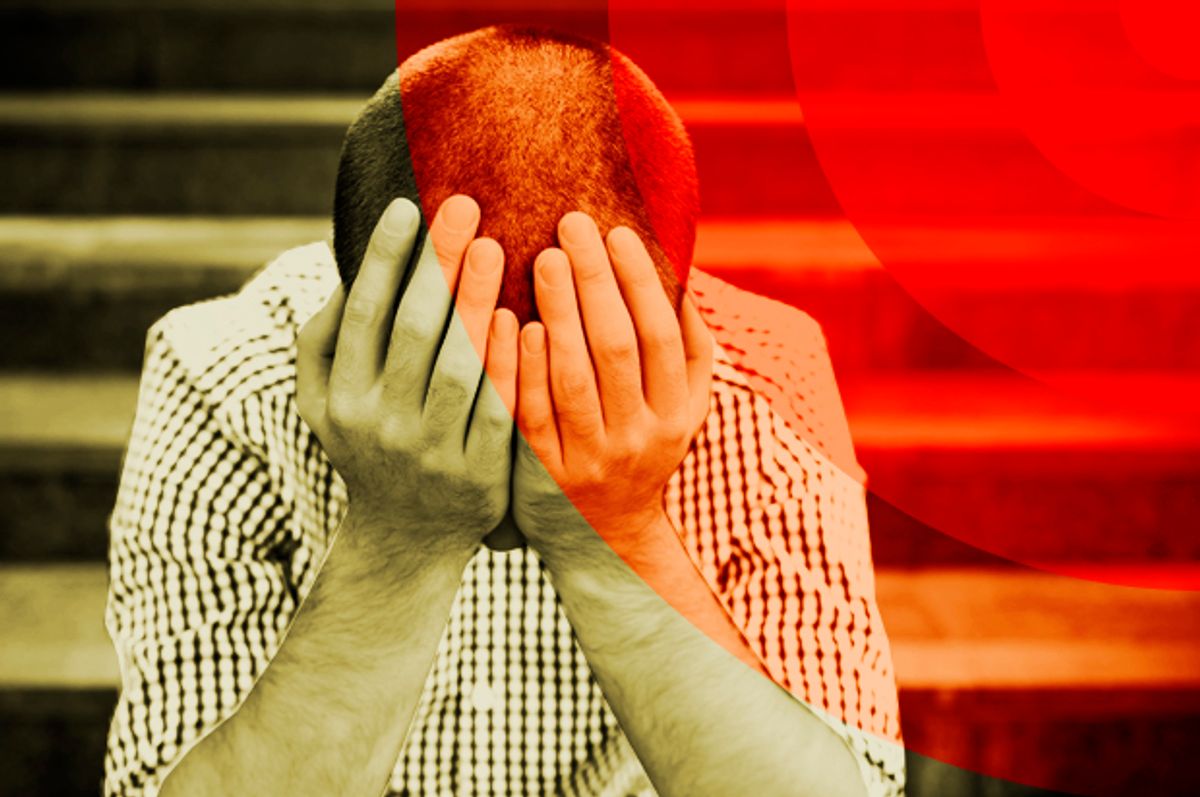 A brutal crime in Chicago shocked the nation earlier this week after four teenagers kidnapped an 18-year-old student and tormented him over Facebook Live — punching him, kicking him, and tearing off his clothing while he screamed for help. What made the crime a front page story, however, isn’t that it was live-streamed over social media: The perpetrators — Jordan Hill, Tesfaye Cooper, Brittany Covington, and Tanishia Covington — invoked the name of the president-elect during the attack. “F**k Trump!” the assailants yelled. “F**k white people!”

Since video of the attack went viral, racists have used the footage as evidence of the scourge of black-on-white crime, a phenomenon white nationalist leaders say the media ignored.

Richard Spencer, an alt-right leader infamously referred to as the “dapper white nationalist” in a Mother Jones story published earlier this year, used the incident as a marketing tool in a series of tweets published Wednesday. “This isn't even the first instance of terrorism against whites by anti-Trump #blacklivesmatter supporters in Chicago,” Spencer wrote, adding later in the day:

“Remember the #BLMKidnapping every time some journalist lies about my white advocacy organization and calls it a hate group.”

In the latter tweet, Spencer refers to a hashtag that trended after the attack, one that attempted to pin the violence on Black Lives Matter, the national network of advocates for racial equality. Deray McKesson, a Baltimore-based activist who has become one of the faces of the BLM movement, tweeted: “It goes without saying that the actions being branded by the far-right as the ‘BLM Kidnapping’ have nothing to do w/ the movement.”

While white nationalists use the incident to stoke fears of black people targeting innocent whites, the truth is that hate crimes against white people are relatively rare. 2012 statistics from the Federal Bureau of Investigations show that of the 3,467 hate crimes reported to police that year, 66.2 percent were motivated by racial animus against black people. This is despite the fact that African-Americans make up just 13.3 percent of the U.S. population, according to 2015 statistics from the Census Bureau. Meanwhile, just 22 percent of bias attacks were anti-white.

Instead, this incident is a reminder of the violence that people with disabilities experience in everyday life. The young student, whose name has not been published in the press to protect the privacy of his family, has an intellectual disability, which means that his brain processes information differently than the rest of ours. He was a classmate of Jordan Hill, who invited him over for a “slumber party.”

People with disabilities aren’t often the targets of hate crimes. FBI data shows that just over one percent of people who suffer a bias attack have a mental or physical impairment. Instead this population, which totals over 63 million Americans, is more likely to be the victim of other types of crimes — including rape.

According to the Washington Coalition of Sexual Assault Programs, 80 percent of women with a disability report being assaulted by a friend, family member, or a stranger. That also includes 30 percent of disabled men. Many of these crimes take place in their youth. The WCSAP claims that male adolescents with a hearing impairment are five times more likely than their peers to be a rape survivor. Young girls who are deaf or otherwise hard of hearing are twice as likely to be sexually assaulted as girls who aren’t hearing impaired.

When dealing with police, those with disabilities often face a lot of the same struggles that non-white people do, subject to extraordinary, disproportionate harm. A 2016 report from the  Ruderman Family Foundation showed that differently abled persons make up between a third to one half of all people killed by law enforcement every year.

Robert Ethan Saylor, a 26-year-old with Down syndrome, was called “Ethan” by his family. He went to see the Kathryn Bigelow film “Zero Dark Thirty,” which details the hunt and capture of Osama Bin Laden, with his caretaker on Jan. 12, 2013. After seeing the movie, Saylor decided he wanted to watch it again and went back into the theater, despite the fact that he hadn’t purchased a ticket. Although his caretaker warned police, who were called to the scene to remove him from the theater, that Saylor would “freak out” if touched, he was dragged out of the facility as he yelled for help.

Saylor, whose mother was just five minutes away from the scene of the accident, would die of asphyxiation in the struggle with police. As the young man was thrown to the floor and handcuffed, the cartilage in his throat fractured. His siblings remember Saylor as someone who looked up to law enforcement officials as role models, collecting cop badges and other police paraphernalia.

Saylor’s case, which might remind you of Eric Garner, the man suffocated by police officers as he protested that he couldn’t breathe, is one of many.

There’s Antonio Love, a deaf man who was pepper sprayed and tasered by police in the bathroom of a Dollar General in 2009 because he couldn’t hear the command by police to come of the facility. Ernest Griglen, who is diabetic, was brutally beaten by police in 2008 who thought he was driving drunk. At the time of his beating, Griglen was experiencing insulin shock. Six years later, Natasha McKenna, who was schizophrenic, was stripped naked and tasered four times in her cell because she wouldn’t come out of her cell. As she died, she protested, “You promised you wouldn’t kill me.”

In fact, many of the cases of police brutality you’ve heard about in the media intersect with disability in crucial ways. Sandra Bland, who was removed from her vehicle and tossed to the ground following a routine traffic stop in 2015, had a history of depression. The 28-year-old was later found hanged in her jail cell. Laquan McDonald, a Chicago teen whose death made national headlines after being gunned down by a white cop in 2014, had a learning disability, as well as post-traumatic stress disorder.

These aspects of police violence are rarely reported on, but these details are crucial and often make the difference between life and death. Garner, a Staten Island man who was selling cigarettes on the street when he was assaulted by police, was asthmatic.

As The Daily Beast’s Elizabeth Heideman reports, police do receive training on how to respond to people with disabilities, but that education is limited. Law enforcement officials are instructed to issue simple, clear commands in order to prevent difficult situations from escalating further, like “Get on the ground!” and “Drop that!” But those instructions wouldn’t have helped Love, because he wouldn’t have been able to understand them. This training needs to be expanded in a way that recognizes the unique challenges the community faces and how to handle them.

This attack isn’t about what people like Spencer want you to believe it is. White supremacists hope to use this incident to stoke the flames of racial hate, but it’s about a society that lacks compassion for people with disabilities and a nation that still doesn’t know how to address it. Too many differently abled people are assaulted, hurt, and killed every year, and their stories rarely become trending topics. It’s time to start telling them.