"Oh yeah, I've done lots and lots of therapy over the years and I got sober": Sex Pistols guitarist Steve Jones' memoir

In "Lonely Boy: Tales of A Sex Pistol," Jones journeys from kleptomaniac punk in gritty London to L.A. disc jockey 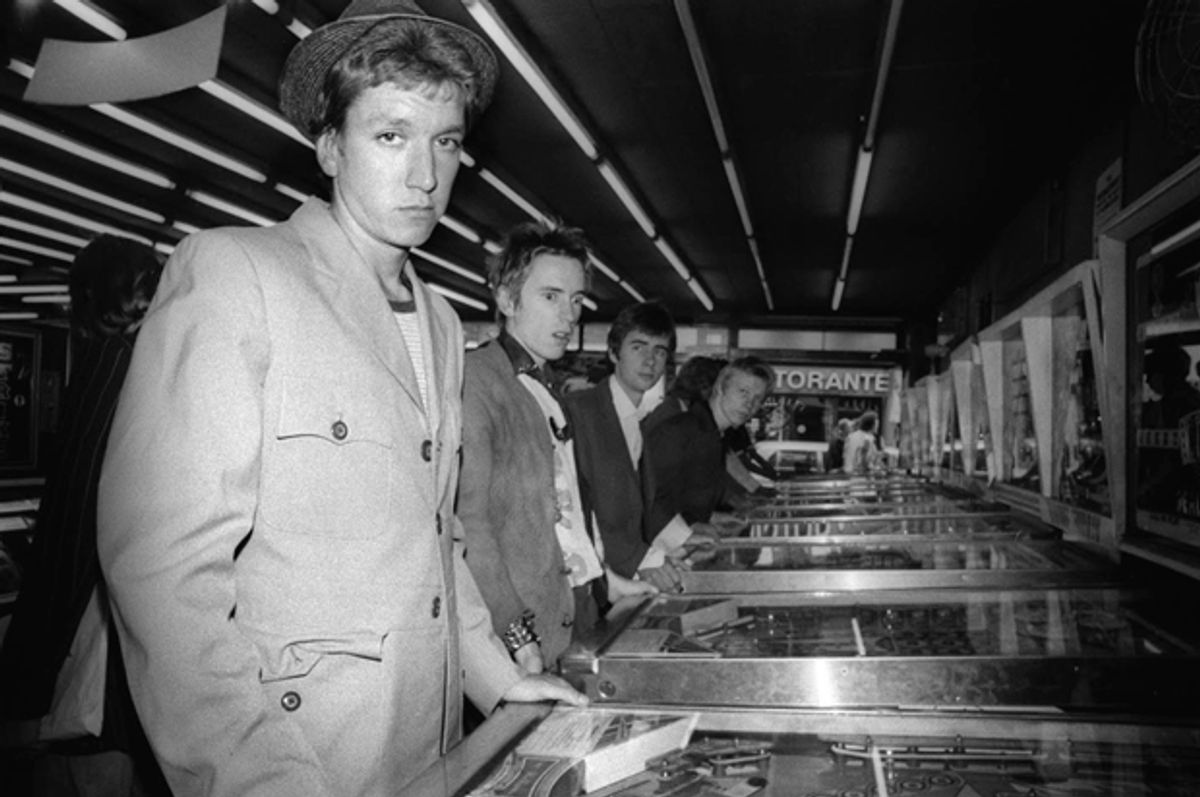 Most rock legends don’t get second acts but Sex Pistols guitarist Steve Jones has had about three of four. Over nearly 15 years now, he has been hosting an inspired radio show out of Los Angeles, titled “Jonesy’s Jukebox” and that functions as an alternative to what he calls “the same 20 songs everybody plays.” He has appeared in cult classic films ("Ladies and Gentlemen the Fabulous Stains") and on cable ("Californication," "Portlandia"), and now at the age of 61 Jones is publishing with Da Capo Press his memoir, "Lonely Boy: Tales of a Sex Pistol," with Chrissie Hynde writing the forward.

Jones sat down with Salon to discuss his considerable legacy, the problem with his adopted hometown and his penchant for the five-finger discount.

So in the book you admit you have a “dodgy” memory. I was wondering if you did any delving into your archives or exercises or hypnosis or anything to jog your brain before you started writing?

No, not really. The more I got into it, the more things come up. And of course when I finished it a lot more shit came up, and I'm like, "Ah shit. I wish I would have put that in there." I've got a lot of help from the drummer from the Sex Pistols [Paul Cook, who served as an editor]. His memory's better than mine.

I really don't read books to be honest with you. I'll just look at the bits, if there's bits of me in there and any pictures.

What about Rotten’s? You write, “Let’s leave John Rotten out of this one for a while. He’s had his say a few times.”

He's always had a go at me but I take it with a pinch of salt at this point.

You write about your childhood and hating your surroundings. Pretty bleak stuff. Once you got out of Shepherd's Bush [in London] and started seeing the world, that must have been incredible for a kid. Making money.

I didn't really make a lot of money in the Pistols. There was money being made but we weren't seeing much of it, but it was great whatever way you look at it. Having money or not having money to me it was all exciting; life was exciting. There's a whole world out there. I didn't want to stay at home because I didn't like my stepfather and it was just like I'd go out into the world and just try to explore. Unfortunately I was a kleptomaniac and so my whole world was really run by "what am I going to need today?"

Were you clinically a kleptomaniac? Like you couldn’t help stealing?

It was all I did. It was my drive. I never woke up thinking, Oh I'm going to go and sit in the park and look at trees. It was all about what am I going to get today. It was a survival mechanism is what it was. It gave me a purpose to keep going and it was exciting. Just to sit still would have been torture to me back then when I was a kid. I had to be on the move.

This might be too personal a question but have you gone through therapy since then and tried to figure out some of this stuff that was motivating you?

Oh yeah, I've done lots and lots of therapy over the years and I got sober.

Some punks might be surprised that Rod Stewart was an early hero of yours.

I was just smitten, smitten with him at the age of 15. Rod Stewart to me was like the ultimate guy. I just owe Rod Stewart hook, line and sinker. And Bowie.

Now for years there was a rumor that you stole some of Bowie’s equipment at the very last Ziggy Stardust show. The famous show at the Hammersmith Odeon [on July 3, 1973]. It’s become kind of an urban legend that you were the culprit.

I have a radio show and I had Tony Visconti and the [Spiders’] drummer Woody Woodmansey come on the show prior to their gig at the Wiltern [last year as a Bowie tribute band]. And on the show, I made an amends to Woody Woodmansey when he was on the air. I didn't tell him I was going to make amends and he didn't know about some of the stuff that I stole. I said, "Listen, I stole a couple of your cymbals."

I didn't know how he was going to react but he was like, "Really? You did?"

I said, "Look, how much can I give you for the cymbals?"

Let's talk about Sid briefly. What is something that people don't get about Sid Vicious because there has been books and movies and even you say that it's obvious that “kids today don't give a shit that Sid couldn't play bass, that they loved him because he looked so fucking good.” But he was a lot smarter than people think he was right?

Yeah, he was no fool. He was no idiot. He was very intuitive. Unfortunately, he got clouded by the drugs and when that chick came around, Nancy, it was . . . he could have been a contender, Sid.

I've got to ask you about British rock stars and Los Angeles because you've been in L.A. about what, like 30 years now?

Is it the sunshine compared to England? What is the appeal? Is it the opportunity?

It's Hollywood; it's sunny; the girls are better looking. There's a combination of things. It's kind of a spiritual place although there is a fucking 10 million douche bags who live here right now.