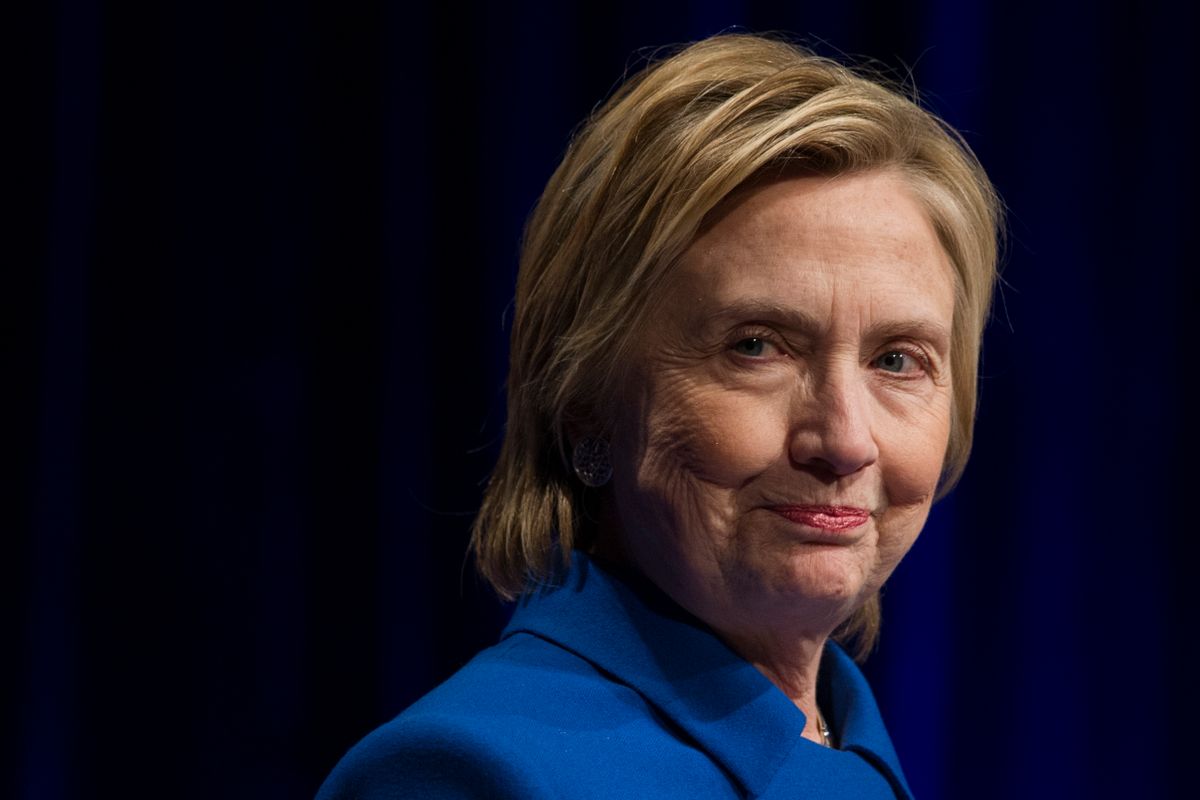 FILE - In this Wednesday, Nov. 16, 2016, file photo, Hillary Clinton addresses the Children's Defense Fund's Beat the Odds celebration at the Newseum in Washington. A federal court in New York is scheduled to release redacted copies Tuesday, Dec. 20, of the search warrant that allowed the FBI to dig into a trove of Clinton emails days before the presidential election. (AP Photo/Cliff Owen, File) (Associated Press)
--

In addition to the audience chanting, "We love you, Hillary" and "God bless you," the former secretary of state and her spouse, former president Bill Clinton, appeared in selfies with their fans, as Slate reported on Monday.

The Clintons also received kind words from a cast member delivering the show's goodbye message. "There’s a lot of really awesome famous and notable people here today," said actress Patrice Covington. She then added, "I’m not going to call all of them out — I know you already know them." After that, she waved at the Clintons.

The reaction to Hillary Clinton's attendance at "The Color Purple" performance brings to mind the very different response that Vice President-elect Mike Pence elicited when he attended a performance of "Hamilton" in November. In addition to being booed by the audience (a reaction that the cast discouraged), he was treated to a speech by actor Brandon Dixon.

"We, sir — we are the diverse America who are alarmed and anxious that your new administration will not protect us, our planet, our children, our parents, or defend us and uphold our inalienable rights," Dixon said at the time. "We truly hope that this show has inspired you to uphold our American values and to work on behalf of all of us."

Trump later blasted the "Hamilton" cast on Twitter as follows:

Our wonderful future V.P. Mike Pence was harassed last night at the theater by the cast of Hamilton, cameras blazing.This should not happen!

The Theater must always be a safe and special place.The cast of Hamilton was very rude last night to a very good man, Mike Pence. Apologize!

The cast and producers of Hamilton, which I hear is highly overrated, should immediately apologize to Mike Pence for their terrible behavior

It remains to be seen whether Trump will acknowledge the positive reception received by the Clintons in the "safe and special space" known as American theater.