Experts: Sessions's 600-acre subsurface oil rights lease — next to a wildlife preserve — is a conflict of interest 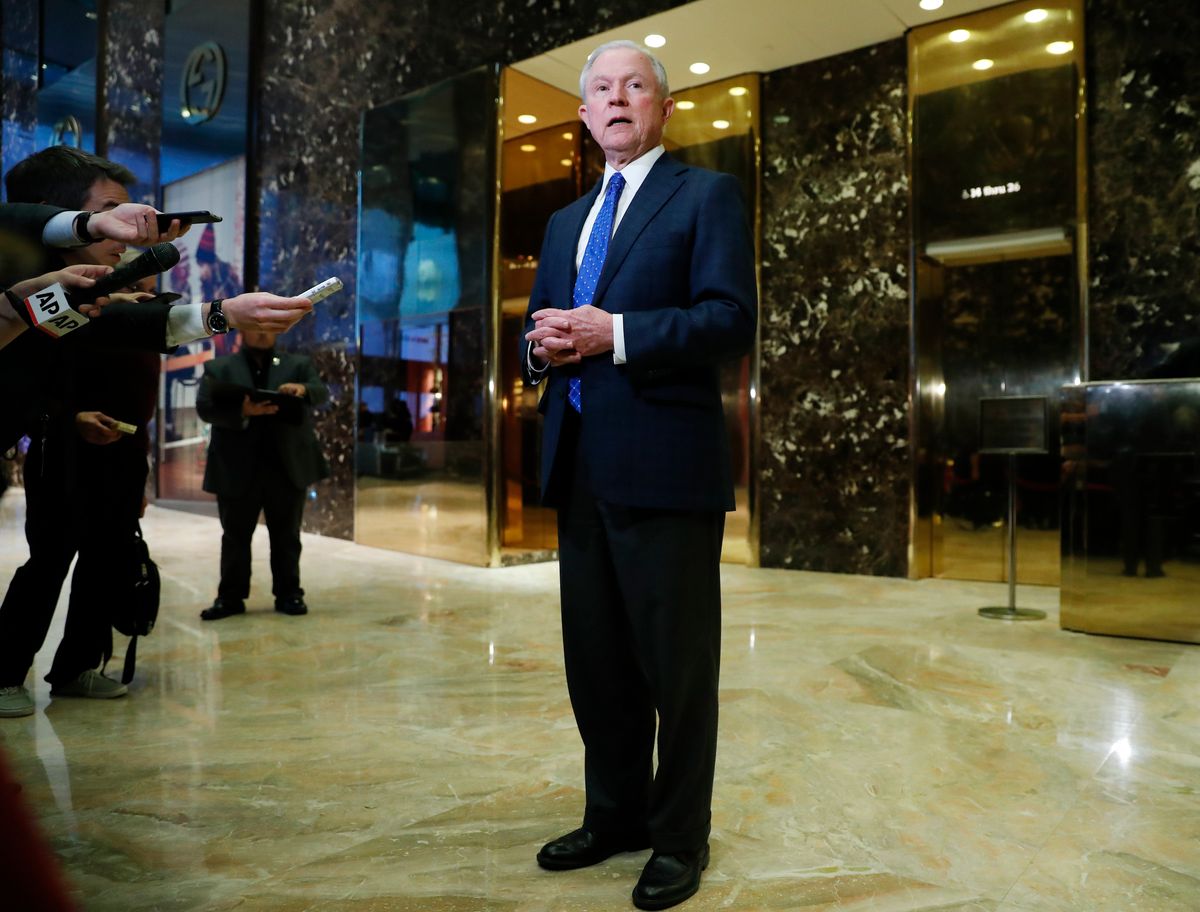 As if his abysmal civil rights record wasn't enough to disqualify Sen. Jeff Sessions from becoming attorney general, its now come forward that the Alabama conservative failed to report revenue from the oil he owns beneath a federal wildlife preserve.

Prior to his confirmation hearing on Tuesday, a slew of ethics experts warned The Washington Post that Sessions's failure to disclose these revenues to the Office of Government Ethics presents a blatant conflict of interest in his assets.

The Alabama records show that Sessions owns subsurface rights to oil and other minerals on more than 600 acres in his home state, some of which are adjacent to a federal wildlife preserve.

The holdings are small, producing revenue in the range of $4,700 annually. But the interests were not disclosed on forms sent by Sessions to the Office of Government Ethics, which reviews the assets of Cabinet nominees for potential conflicts of interest.

Charles Cooper, an attorney who assisted Sessions ahead of Tuesday's confirmation hearing, told The Post that the Alabama senator listed the revenue as "rent or royalties."

A mineral rights lease, however, requires that Sessions disclose more than revenue.

"Office of Government Ethics guidance clearly states with regard to mineral rights leases that filers must disclose their real estate holding as well as the identity of the lessee and the specific type of resources being extracted," Bryson Morgan, a former investigative counsel to the Office of Congressional Ethics, told The Post.

"The fact that his oil is in a federal wildlife refuge means he should not be involved in DOJ policies concerning drilling or environmental issues," argued Trevor Potter, an ethics lawyer who has advised several GOP presidential candidates. "Clearly he should have disclosed the asset."