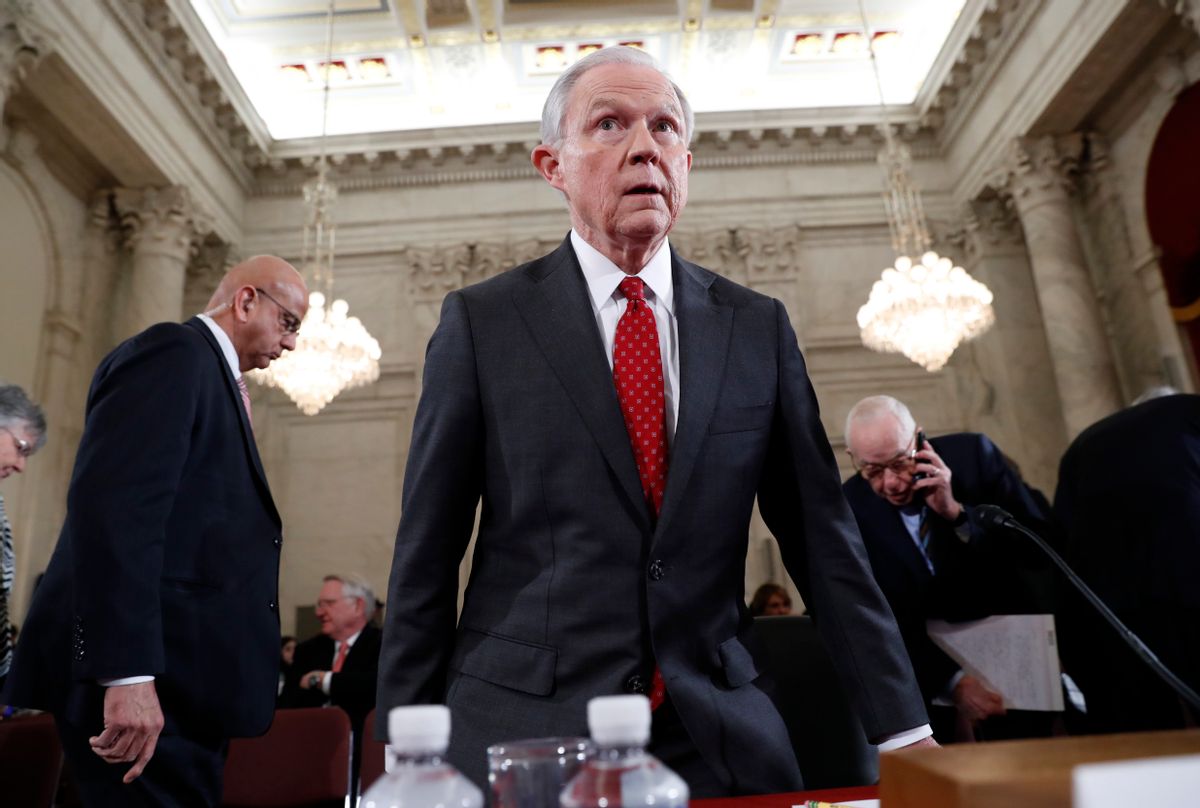 Coretta Scott King, the widow of civil rights leader Martin Luther King Jr., wrote a letter and statement in 1986 denouncing Jeff Sessions as a racial reactionary who would "irreparably damage the work of my husband" when he had been nominated for a federal judgeship.

The King's letter alleged that Sessions had targeted African-Americans for voter-fraud prosecution despite the lack of evidence against them, but ignored cases that could have been made against their white counterparts. Her argument was that these decisions constituted deliberate efforts to suppress the vote of minorities.

King's letter and statement has surfaced as Sessions continues to undergo a heated confirmation hearing on Wednesday.

"I never declared that the NAACP was 'un-American' or that a civil-rights attorney was a 'disgrace to his race,'" Sessions claimed during the hearings on Tuesday, even though he did not dispute these claims during his 1986 hearing.

Here's the text of King's letter:

I write to express my sincere opposition to the confirmation of Jefferson B. Sessions as a federal district court judge for the Southern District of Alabama. My professional and personal roots in Alabama are deep and lasting. Anyone who has used the power of his office as United States Attorney to intimidate and chill the free exercise of the ballot by citizens should not be elevated to our courts. Mr. Sessions has used the awesome powers of his office in a shabby attempt to intimidate and frighten elderly black voters. For this reprehensible conduct, he should not be rewarded with a federal judgeship.

I regret that a long-standing commitment prevents me from appearing in person to testify against this nominee. However, I have attached a copy of my statement opposing Mr. Sessions' confirmation and I request that my statement as well as this be made a part of the hearing record.

I do sincerely urge you to oppose the confirmation of Mr. Sessions.

Read her full statement that accompanied the letter.