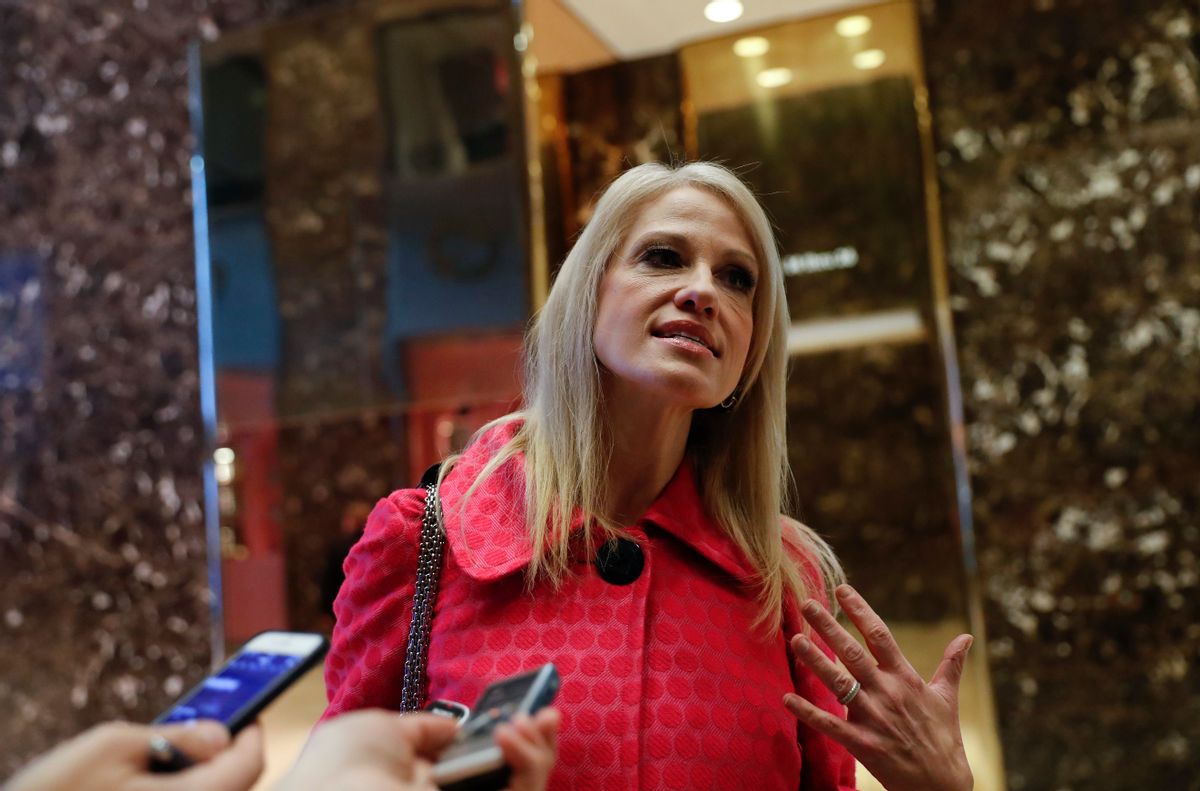 James Clapper, the director of national intelligence, issued a statement on Wednesday night expressing "profound dismay" to President-elect Donald Trump about the leaks of a dossier indicating that Russian intelligence had gathered compromising material about him. In the process, he contradicted incoming White House counselor Kellyanne Conway, who has claimed that Trump had not been briefed on the report's findings.

"This evening, I had the opportunity to speak with President-elect Donald Trump to discuss recent media reports about our briefing last Friday," Clapper wrote. "I expressed my profound dismay at the leaks that have been appearing in the press, and we both agreed that they are extremely corrosive and damaging to our national security."

Clapper's memo also explained that the controversial dossier is "not a U.S. intelligence community product and that I do not believe the leaks came from within the IC."

He later added that a two-page summary had been included in his briefing because "part of our obligation is to ensure that policymakers are provided with the fullest possible picture of any matters that might affect national security."

The confirmation that Clapper had briefed the president-elect on the dossier contradicted statements by incoming White House counselor Kellyanne Conway, who told Seth Meyers on Tuesday night that Trump "has said that he is not aware of" having been briefed on its contents. In the same appearance, Conway had reiterated Trump's assertion that the dossier was leaked by the intelligence community.

"Nothing’s been confirmed," Conway said to Meyers. "And, I have to say, as an American citizen — regardless of your party and if you don’t like politics at all . . . we should be concerned that intelligence officials leak to the press and won’t go and tell the president-elect or the president of the United States himself, now Mr. Obama, what the information is. They would rather go tell the press. "