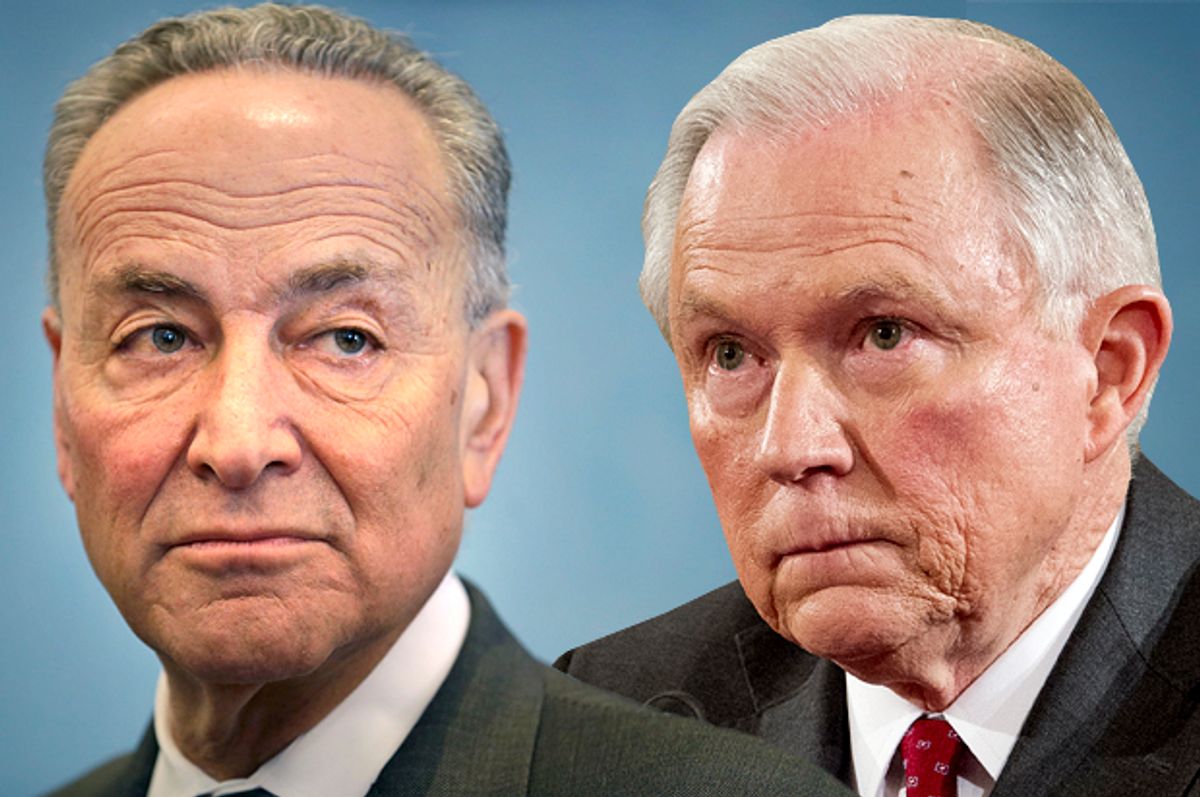 Senate Minority Leader Chuck Schumer may have thrown in a few kind words in his recent statement about Sen. Jeff Sessions, but the bottom line is clear — he will not support Sessions' nomination to be America's next attorney general.

Chuck Schumer will oppose Sessions as AG: "I am not confident in Senator Sessions' ability to be a defender of the rights of all Americans." pic.twitter.com/621zDe0RI9

"Senator Jeff Sessions is a colleague and a friend," Schumer began in a statement released on Wednesday. After describing how Schumer and Sessions had worked closely together on issues like trade policy, the Senate Minority Leader explained that "the Attorney General of the United States has a sacred obligation to enforce our laws and uphold the constitution." This includes "ensuring the rights of all Americans: immigrants, minorities, young and old, gay and straight, disabled and not."

Schumer ultimately concludes that "after reviewing his record and giving careful consideration to his answers during the hearing, I am not confident in Sen. Sessions' ability to be a defender of the rights of all Americans, or to serve as an independent check on the incoming administration. I am also deeply concerned by his views on immigration, which I saw firsthand during the push for comprehensive immigration reform. For those reasons, I will oppose his nomination to serve as the next attorney general."

Sen. Cory Booker of New Jersey took the unprecedented step on Wednesday of testifying against one of his own Senate colleagues over a cabinet post.

"I know my colleagues are unhappy that I am breaking with Senate tradition," Booker conceded. He argued, though, that Sessions had shown tremendous "hostility" toward the concept of racial justice throughout his career. "In a choice between standing with Senate norms and standing up for what my conscience tells me is best for our country, I will always choose conscience and country," Booker declared.