Trump is airing his anti-intelligence community grievances on Twitter again 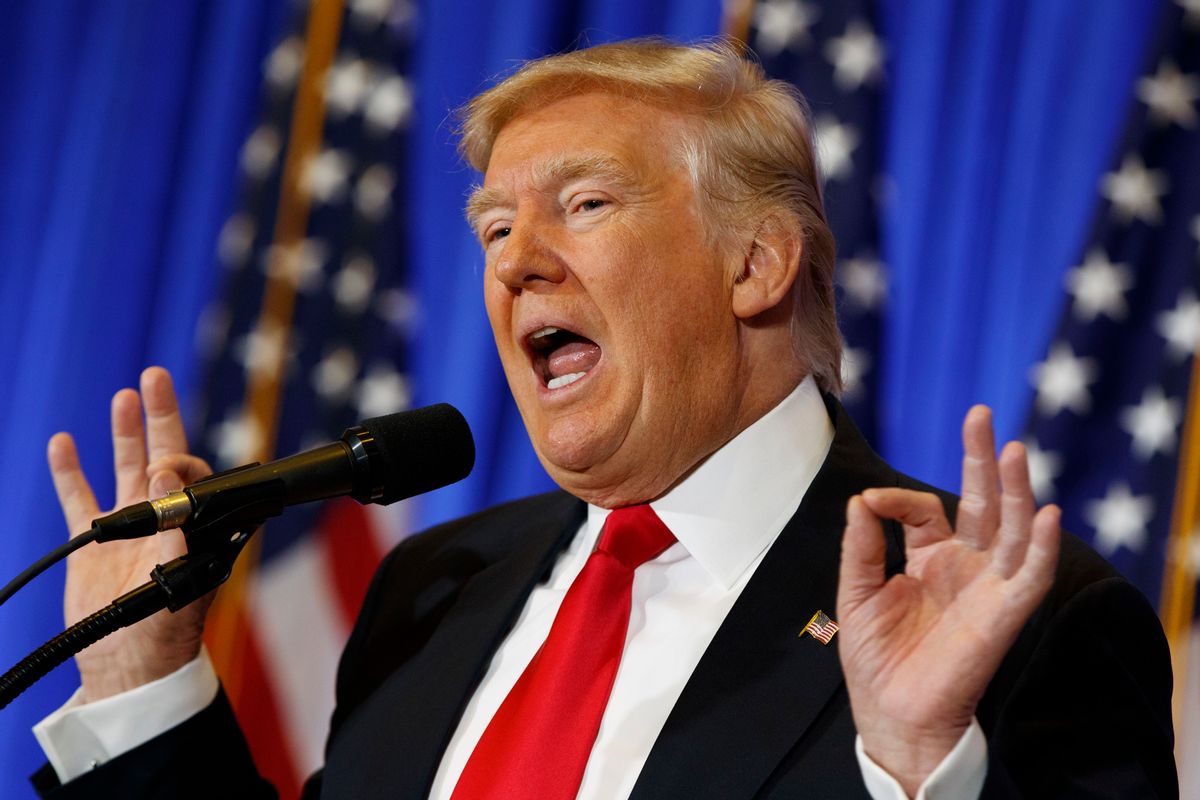 FILE - In this Jan. 11, 2017 file photo, President-elect Donald Trump speaks during a news conference in the lobby of Trump Tower in New York. Trump has promised to donate to the Treasury "profits" from foreign governments officials staying at his hotels. But he left unawares many questions about the practicalities, pitfalls and accountability. (AP Photo/Evan Vucci, File) (AP)
--

President-elect Donald Trump can't seem to quit his anger toward the intelligence community, as indicated by his latest Twitter rant on Friday morning.

It now turns out that the phony allegations against me were put together by my political opponents and a failed spy afraid of being sued....

Totally made up facts by sleazebag political operatives, both Democrats and Republicans - FAKE NEWS! Russia says nothing exists. Probably...

released by "Intelligence" even knowing there is no proof, and never will be. My people will have a full report on hacking within 90 days! — Donald J. Trump (@realDonaldTrump) January 13, 2017

The 35-page dossier alleging that Trump had been compromised by the Russian government was compiled by Christopher Steele, a former intelligence officer who worked for the British CIA equivalent, MI6. Although the American intelligence community had no role in acquiring the information contained within the document, they provided a summary to both Trump and President Barack Obama. The intelligence community also determined that Steele had a credible reputation.

Director of National Intelligence James Clapper has made it clear that he expressed "profound dismay" to the president-elect about the fact that the report managed to get publicized. Trump acknowledged Clapper's position in a Twitter post on Thursday. But the incoming president interpreted that differently.

James Clapper called me yesterday to denounce the false and fictitious report that was illegally circulated. Made up, phony facts.Too bad!

Vice President Joe Biden's office confirmed on Thursday that both he and President Obama were briefed on the dossier because intelligence officers felt a responsibility to do so (since they would also be telling Trump). According to Biden's office, the president's reaction to the dossier was to ask, "What does this have to do with anything?"