After more than a yearlong investigation, the Justice Department has issued a damning report about Chicago cops 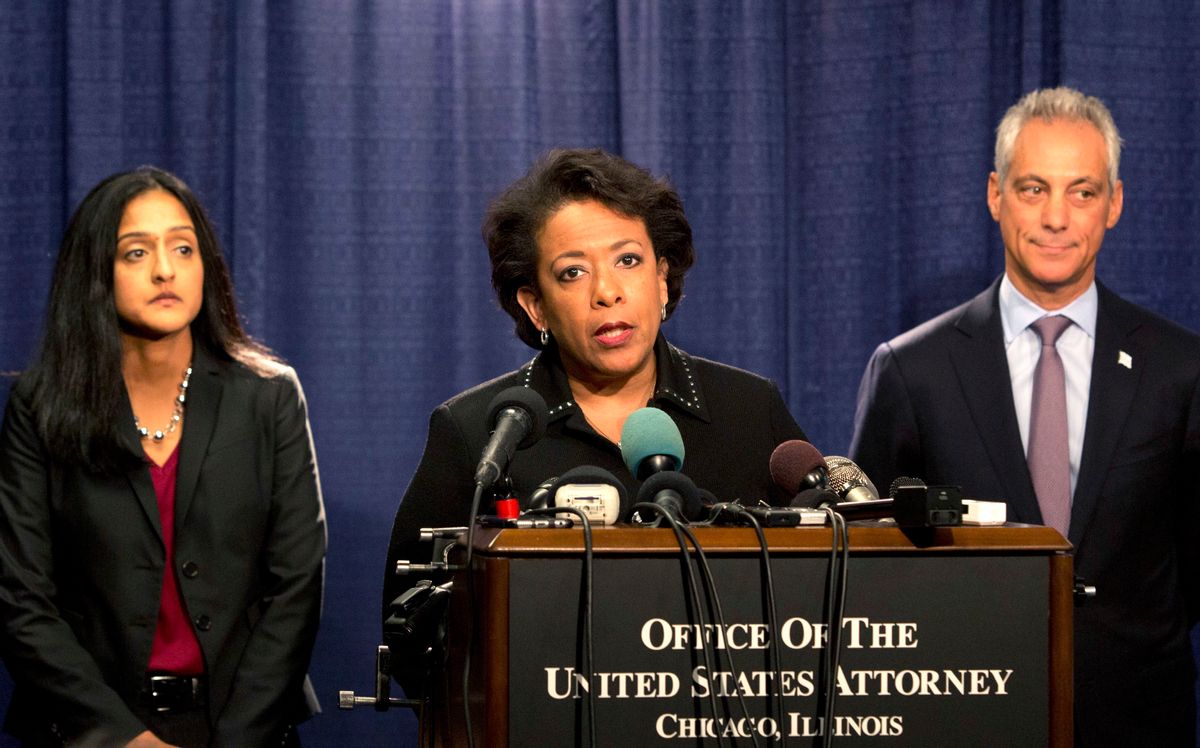 After more than a year of investigation, the Justice Department released an official report on Friday that condemned the Chicago Police Department for lacking accountability, frequently abusing its power, and targeting racial minorities.

The Chicago Police "has helped create a culture in which officers expect to use force and not be questioned about the need for or propriety of that use," according to the report. It also found that "officers exhibit poor discipline when discharging their weapons and engage in tactics that endanger themselves and public safety, including failing to await backup when they safely could and should; using unsound tactics in approaching vehicles; and using their own vehicles in a manner that is dangerous."

Notably, the report said that there are "serious concerns about the prevalence of racially discriminatory conduct by some CPD officers."

It cited statistics that the CPD used force almost 10 times more often against African-Americans than whites. These findings were particularly telling given that a major catalyst for the investigation was the fatal shooting of an African-American teenager, Laquan McDonald, by a white police officer despite walking away and none of the other officers feeling the need to shoot him.

"CPD does not give its officers the training they need to do their jobs safely, effectively and lawfully," said Attorney General Loretta Lynch said Friday while announcing the report's findings. "It fails to properly collect and analyze data, including data on misconduct complaints and training deficiencies, and it does not adequately review use-of-force incidents to determine whether force was appropriate or lawful or whether the use of force could've been avoided altogether."

The other main findings of the report include that officers in the department have "engaged in a pattern or practice of using force, including deadly force, that is unreasonable, in violation of the Fourth Amendment." It cites as examples "shooting at fleeing suspects who presented no immediate threat; shooting at vehicles without justification; using less-lethal force, including tasers, against people who pose no threat; using force to retaliate against and punish individuals; and using excessive force against juveniles."

It also found that the CPD committed practices which "contribute to the pattern or practice of excessive force," including not de-escalating situations or using crisis intervention techniques in lieu of force, unnecessarily endangering officers or causing shootings, and not accurately documenting and reviewing when officers use force. In addition, it found that the city doesn't investigate the majority of cases it is legally required to, slants its investigations in favor of the officers, and doesn't choose appropriate disciplinary actions.

Finally the report discussed other "systemic deficiencies," including "inadequate training and supervision, insufficient support for officer wellness and safety, data collection systems that impede transparency, a promotions system seen as political and unfair by officers, and failure to adequately address racially discriminatory conduct by officers — which in some respects is caused by deficiencies in CPD's systems of training, supervision, and accountability — and the corrosive effect on police legitimacy of excessive force, which falls most heavily on Chicago's communities of color."