Trump isn’t even president yet, but he’s already eroding our democracy 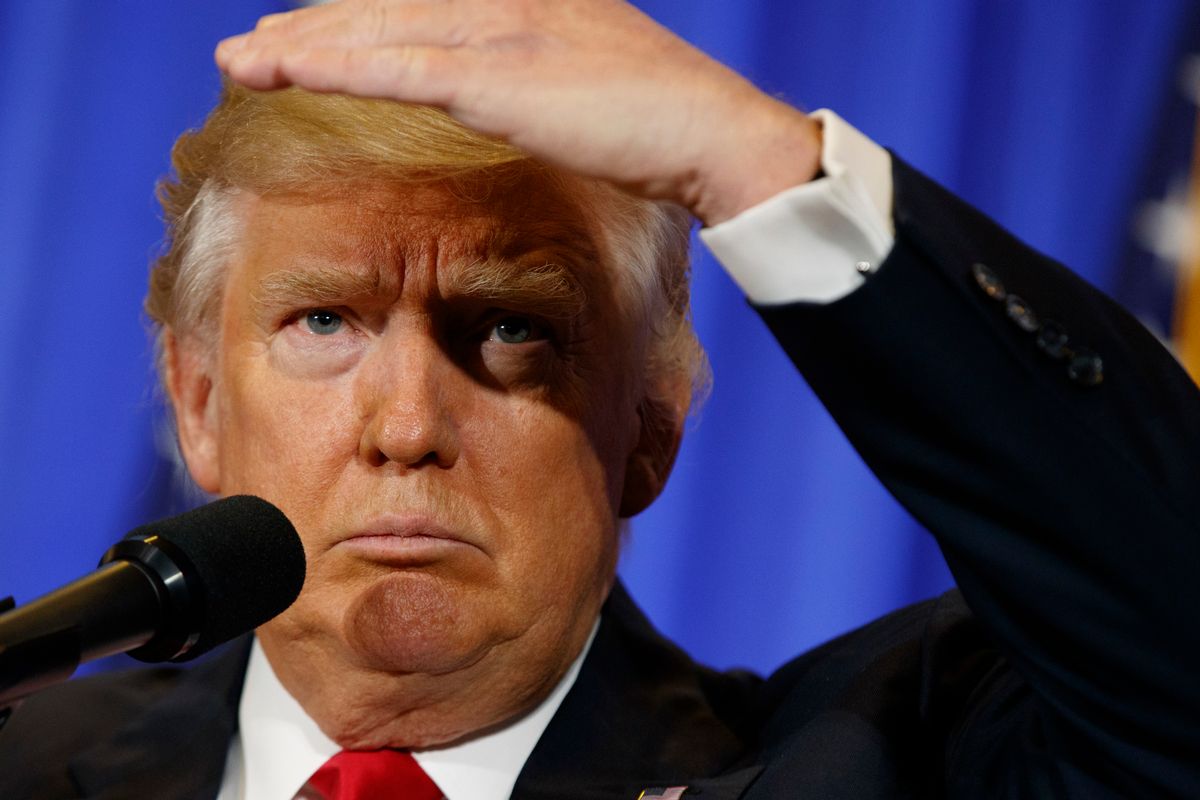 1. Trump refused to answer questions from reporters who have run stories he doesn’t like, or from news outlets that have criticized him. This is a blatant attempt to control the news media by making them reluctant to run negatives stories about Trump for fear they’ll be frozen out.

2. He loaded the audience with paid staffers who cheered his statements and jeered at reporters. Never before has a president-elect or president held a news conference larded with paid staffers, designed to give the impression that the media are divided between those who support him and those who criticize him.

3. He continued calling the media “dishonest.” This is part of Trump’s continuing effort to discredit the press and to reduce public confidence in it.

5. He repeatedly lied, and the media in attendance weren’t allowed to question him on his lies. A sampling of Trump lies from his “news conference” are below.

(1) “It’s very familiar territory, news conferences, because we used to give them on an almost daily basis.” Wrong. His last news conference was July 27.

(2) Trump claimed credit for Chrysler and Ford announcing more production in the United States. Wrong. Sergio Marchionne, the Fiat Chrysler chief executive, said Chrysler’s plan had been in the works for more than a year and had nothing to do with Trump. Marchionne credited the decision to talks with the United Auto Workers.

Analysts say Ford’s decision to expand in Michigan rather than in Mexico had mostly to do with the company’s long-term plans to invest in electric vehicles. It’s easier for companies to find highly skilled workers to build new products, such as electric cars, in the United States than in Mexico.

(3) “When we lost 22 million names and everything else that was hacked recently, [the press] didn’t make a big deal out of that.” Wrong. The Chinese hack of 22 million accounts at the Office of Personnel Management was front-page news.

(5) “I have no deals that could happen in Russia, because we’ve stayed away. And I have no loans with Russia.” Wrong. Trump repeatedly sought deals in Russia. In a 2008 speech, Donald Trump Jr. said “Russians make up a pretty disproportionate cross-section of a lot of our assets,” and “we see a lot of money pouring in from Russia.”

It’s another example of Trump’s attempt to control the media. Trump isn’t even president yet, but he’s already eroding our democracy.