No easy walk to freedom: MLK's anti-racism crusade needs to be renewed in today's world

By Julius A. Amin 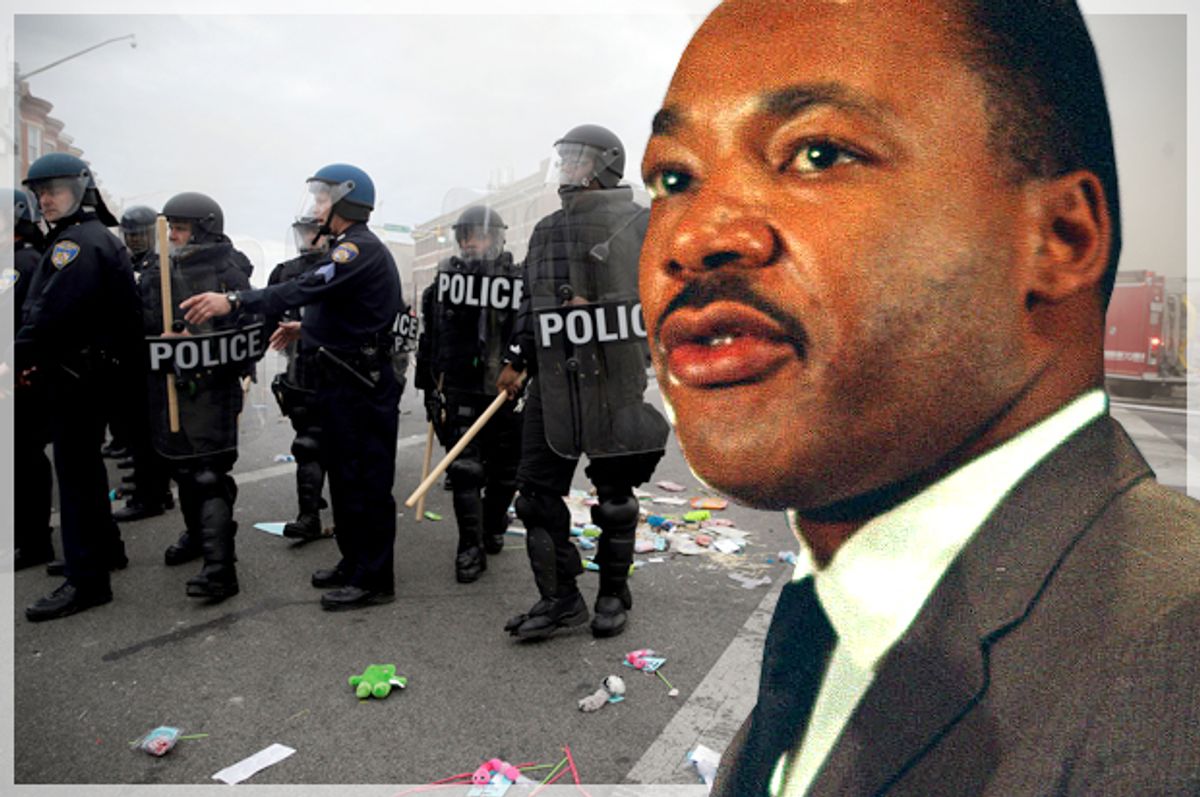 Reverend Martin Luther King Jr. was 39 years old when he was assassinated. Schools, streets and children are named in his honor in Africa. In America, he is honored with a public holiday.

All over the world, King is known as someone who fought for human causes. At a time when racial violence and arrogance in the United States and elsewhere is experiencing a rapid resurgence, King’s holiday is a reminder that much needs to be done to create a more inclusive global community.

In America, the past two years have been tumultuous and each day the racial crises multiply. In South Africa, unresolved racial problems and deteriorating economic conditions have created uncertainty. In several other African nations incidents of ethnic conflict have multiplied.

Martin Luther King and the world

But King’s holiday must be contextualized within a larger global struggle against racism and hatred. During the slave trade millions were enslaved under the justification that Africans were savages and primitive.

Those arguments endured and were used to justify anti-black violence. In Africa, Europeans replaced slavery with colonialism and in America, slavery was replaced with the Jim Crow system which struck terror among blacks. Colonialism and Jim Crow dehumanized blacks and left a legacy of black inferiority.

They developed networks across the oceans. A recent example of such interaction was the significant role played by African nations and African-Americans in the global struggle against apartheid in South Africa.

African and African-American collaboration is deeply rooted in history. In the ante-bellum era:

In Africa itself, extraordinary people rose to lead the anti colonialism struggles. These included:

King’s holiday demands that Africans revisit those values and continue with the anti-racism crusade.

King’s life stands as a testament to courage, determination and hope. His legacy reminds us that each generation has an obligation not just to live off its inheritance but to add something to what it inherited. The protest for rights must continue until the tide is turned, he noted.

King ranks among the top revolutionaries in modern times. It took a revolutionary to desegregate buses in the American South.

Less than a year after bus desegregation in Montgomery, Alabama, King went to Ghana for that nation’s Independence Day festivities. It was King’s first time in Africa.

The year was 1957 and Ghana had just gained independence from Britain. King observed:

"Both segregation in America and colonialism in Africa were based on the same thing — white supremacy and contempt for life."

The Ghanaian experience confirmed that non-violence was an effective strategy. King returned to the United States reassured, determined and more focused. He saw segregation and poverty as two sides of the same coin. He told an audience:

"There are few things more thoroughly sinful than economic injustice."

He summoned everyone to reject what he referred to as "the triple interlocking evils of racism, exploitation and militarism."

A year before he died he stated that most Americans were “unconscious racists," and as such the way to eliminate racism was to advocate focus on the “root causes." He called for a “restructuring of the very architecture of American society."

He repeatedly spoke of the “underprivileged," “the hungry," the marginalized and the excluded. He forced society to reflect on issues of social justice and white privilege. It was a message which resonated with contemporary African society.

Africa is blessed with much wealth but it remains a continent with an economic structure of the rich getting richer and the poor getting poorer. African nations continue to lead on a misery index: highest rate of infant mortality, lowest life expectancy, lowest per capita income, rampant disease and massive corruption.

Another pathway for growth

Given the historic African and African-American collaboration, African-Americans must do more to ensure that the United States pursues a more humane policy towards Africa.

It is no longer sufficient for U.S.-African policy to focus mostly on sites for military bases or lectures on how to elect participatory governments. Africa and its resources are vital to the global community.

Africans must stop the inter-ethnic and religious violence, and reverse a culture of corruption which has crippled the continent in so many ways. On this King holiday they should revisit the work and activities of King and other leading black nationalists. They must realize, as Nelson Mandela, wrote that, "There is no easy walk to freedom."

Julius A. Amin is a professor in the Department of History at the University of Dayton.

By Julius A. Amin

MORE FROM Julius A. Amin