Donald Trump is still wildly unpopular, and most Americans want to see his tax returns

Donald Trump's tax returns may be coming back to haunt him 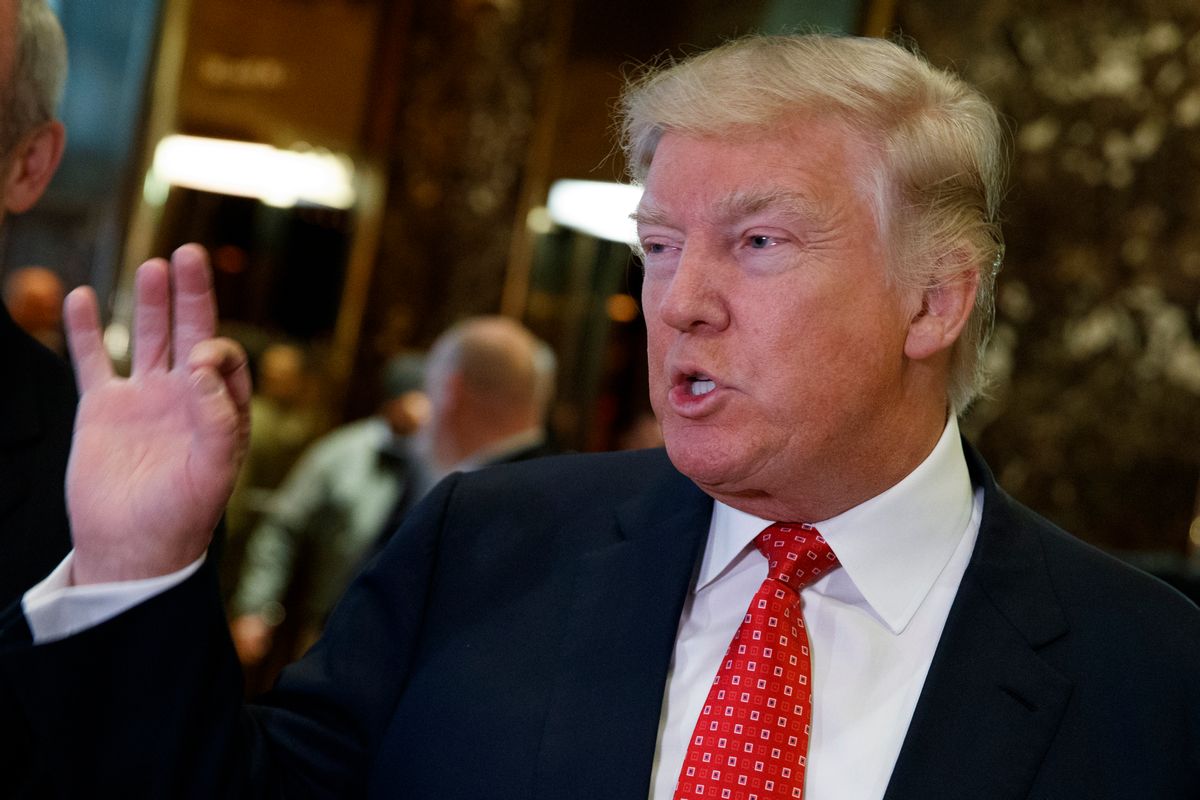 Regardless of what the president-elect prefers to believe, three out of every four Americans want Donald Trump to release his tax returns.

An overwhelming majority of Americans — 74 percent — believe Trump should release his tax returns, according to a poll released by ABC News/Washington Post on Monday. This includes 49 percent of Trump's own supporters, as well as 94 percent of Clinton's supporters and 83 percent of respondents who either supported another candidate or none at all.

The news is a little better for Trump when it comes to broader ethical issues, although it's still unfavorable. Fewer than half of respondents believe Trump is following federal ethics laws (43 percent), while 44 percent thought he is not and 13 percent provided a different answer. That said, 52 percent of respondents were satisfied with Trump's plan to place his businesses in a trust managed by his sons as a way of preventing conflicts of interest, with 42 percent saying he should sell his businesses. More importantly, there was a sharp partisan divide in how these ethical issues were perceived — 79 percent of Republicans say Trump is complying with ethics laws, 72 percent of Democrats say he is not, and independents are split (44 percent say he is complying, 43 percent say he is not).

These poll numbers are part of an overall downward trend that has plagued Trump since his upset election victory in November.

While a majority of Americans have supported the transitions of the presidents who came immediately before Donald Trump — 83 percent for Barack Obama, 61 percent for George W. Bush, and 68 percent for Bill Clinton — only 44 percent approved of Trump's transition, according to a Gallup poll released last week. Similarly, only 52 percent of respondents gave positive scores to Trump's cabinet appointments, compared to 44 percent who rated them below average or poor.