Republicans say the act hinders drilling, logging and other activities 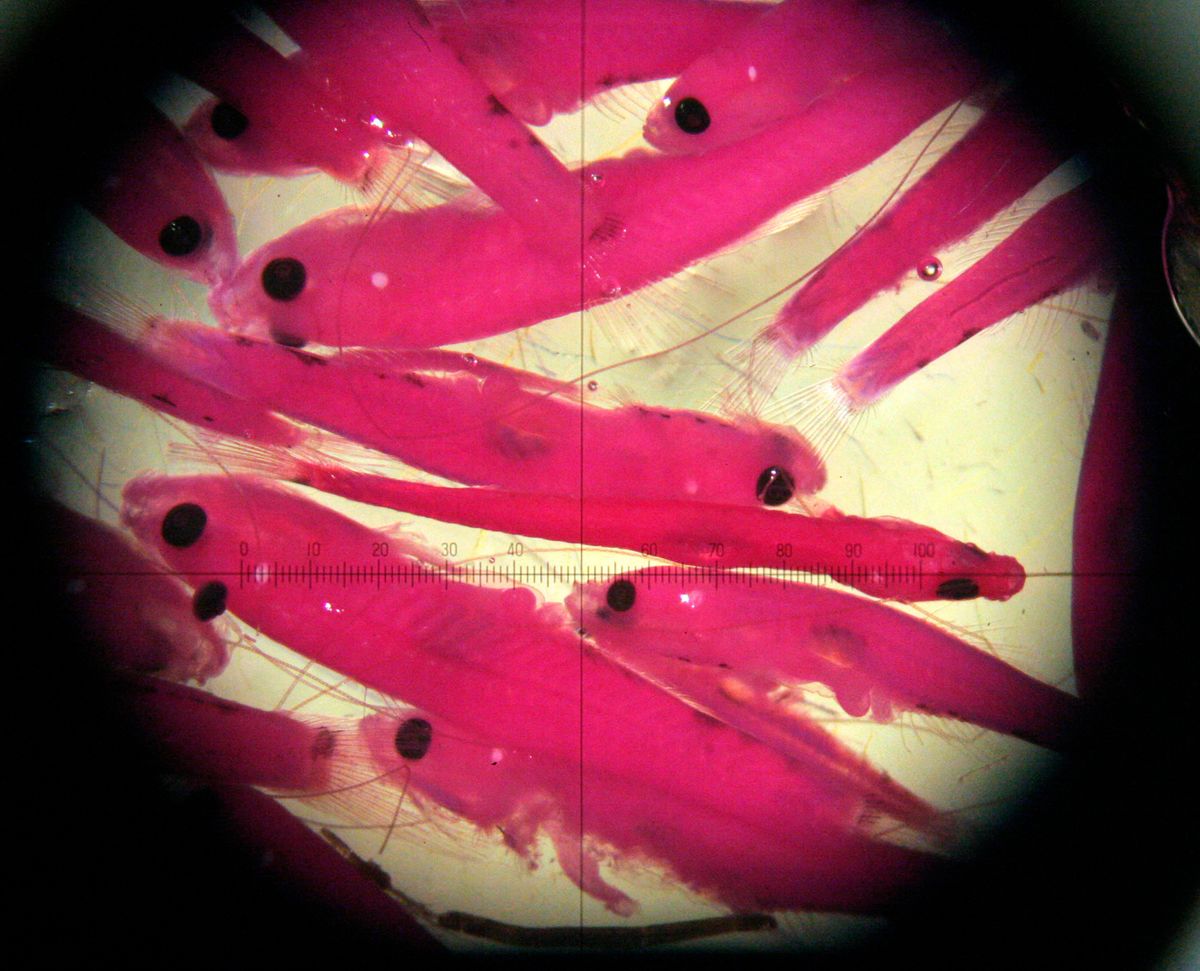 FILE - In this July 25, 2005, file photo, tiny fish, including delta smelt, caught in the Sacramento-San Joaquin River Delta, are seen through a microscope at a California Department of Fish and Game laboratory in Stockton, Calif. In control of Congress and soon the White House, Republicans are readying plans to roll back the influence of the Endangered Species Act, one of the government's most powerful conservation tools, after decades of complaints that it hinders drilling, logging and other activities. (AP Photo/Rich Pedroncelli, File) (AP)
--

BILLINGS, Mont. — In control of Congress and soon the White House, Republicans are readying plans to roll back the influence of the Endangered Species Act, one of the government's most powerful conservation tools, after decades of complaints that it hinders drilling, logging and other activities.

Over the past eight years, GOP lawmakers sponsored dozens of measures aimed at curtailing the landmark law or putting species such as gray wolves and sage grouse out of its reach. Almost all were blocked by Democrats and the White House or lawsuits from environmentalists.

Now, with the ascension of President-elect Donald Trump, Republicans see an opportunity to advance broad changes to a law they contend has been exploited by wildlife advocates to block economic development.

"It has never been used for the rehabilitation of species. It's been used for control of the land," said House Natural Resources Committee Chairman Rob Bishop. "We've missed the entire purpose of the Endangered Species Act. It has been hijacked."

Bishop said he "would love to invalidate" the law and would need other lawmakers' cooperation.

The 1973 act was ushered though Congress nearly unanimously, in part to stave off extinction of the national symbol, the bald eagle. Eagle populations have since rebounded, and the birds were taken off the threatened and endangered list in 2007.

In the eagles' place, another emblematic species — the wolf — has emerged as a prime example of what critics say is wrong with the current law: seemingly endless litigation that offers federal protection for species long after government biologists conclude that they have recovered.

Wolf attacks on livestock have provoked hostility against the law, which keeps the animals off-limits to hunting in most states. Other species have attracted similar ire — Canada lynx for halting logging projects, the lesser prairie chicken for impeding oil and gas development and salmon for blocking efforts to reallocate water in California.

Reforms proposed by Republicans include placing limits on lawsuits that have been used to maintain protections for some species and force decisions on others, as well as adopting a cap on how many species can be protected and giving states a greater say in the process.

Wildlife advocates are bracing for changes that could make it harder to add species to the protected list and to usher them through to recovery. Dozens are due for decisions this year, including the Pacific walrus and the North American wolverine, two victims of potential habitat loss due to climate change.

"Any species that gets in the way of a congressional initiative or some kind of development will be clearly at risk," said Jamie Rappaport Clark, president of Defenders of Wildlife and a former Fish and Wildlife Service director under President Bill Clinton. "The political lineup is as unfavorable to the Endangered Species Act as I can remember."

More than 1,600 plants and animals in the U.S. are now shielded by the law. Hundreds more are under consideration for protections. Republicans complain that fewer than 70 have recovered and had protections lifted.

"That tension just continues to expand," said Jason Shogren, professor of natural resource conservation at the University of Wyoming. "Like a pressure cooker, every now and then, you've got to let out some steam or it's really going to blow."

Spokesman Mike Danylak said Barrasso will seek to "strengthen and modernize" the management of endangered species but offered no specifics.

Barrasso's predecessor, Sen. Jim Inhofe of Oklahoma, suggested in an interview that one species should be removed from the list every time another is added. Another Republican, Alaska Sen. Dan Sullivan, said he wants to limit applications for protections to one species at a time.

In the House, Rep. Tom McClintock of California, chairman of the House Subcommittee on Federal Lands, said he wants to ease logging restrictions in national forests to reduce tree density blamed for catastrophic wildfires.

Some Democrats, too, have been frustrated with the law: Minnesota Rep. Collin Peterson and two other Democrats joined 11 Republicans last week on a bill to end protections for wolves in the Great Lakes and Wyoming.

Simply by striking a few key words from the law, it could be transformed from a tool to protect huge areas of habitat for imperiled species into little more than limits on hunting for protected animals, said J.B. Ruhl, a Vanderbilt University law professor considered a leading expert on the act.

Trump's position is unclear. A strong advocate for energy development, he has lamented environmental policies he says hinder drilling. But his appointment of Montana Rep. Ryan Zinke as Interior secretary was seen by some conservationists as a signal that Trump will support protections for public lands to the benefit of fish and wildlife.

The Trump transition team did not respond to requests for comment. The incoming administration already has immigration, the health care law repeal and infrastructure improvements atop its agenda.

If the administration or Congress wants to gut the law, "they certainly can do it," Vermont Law School professor Patrick Parenteau said. "The real question with the Endangered Species Act is where does it rank?"

Advocates and senior Obama administration officials argue the law's success is best measured by extinctions avoided — for 99 percent of protected species, including black-footed ferrets, whooping cranes, American crocodiles and hundreds of others.

"There's a lot of evidence that some species are conservation-reliant," Ruhl said. Political fights over certain species have dragged out for decades, he added, because recovering them from "the brink of extinction is a lot harder than we thought."