Wilbur Ross, the billionaire "king of bankruptcy," offshored thousands of jobs in just over a decade 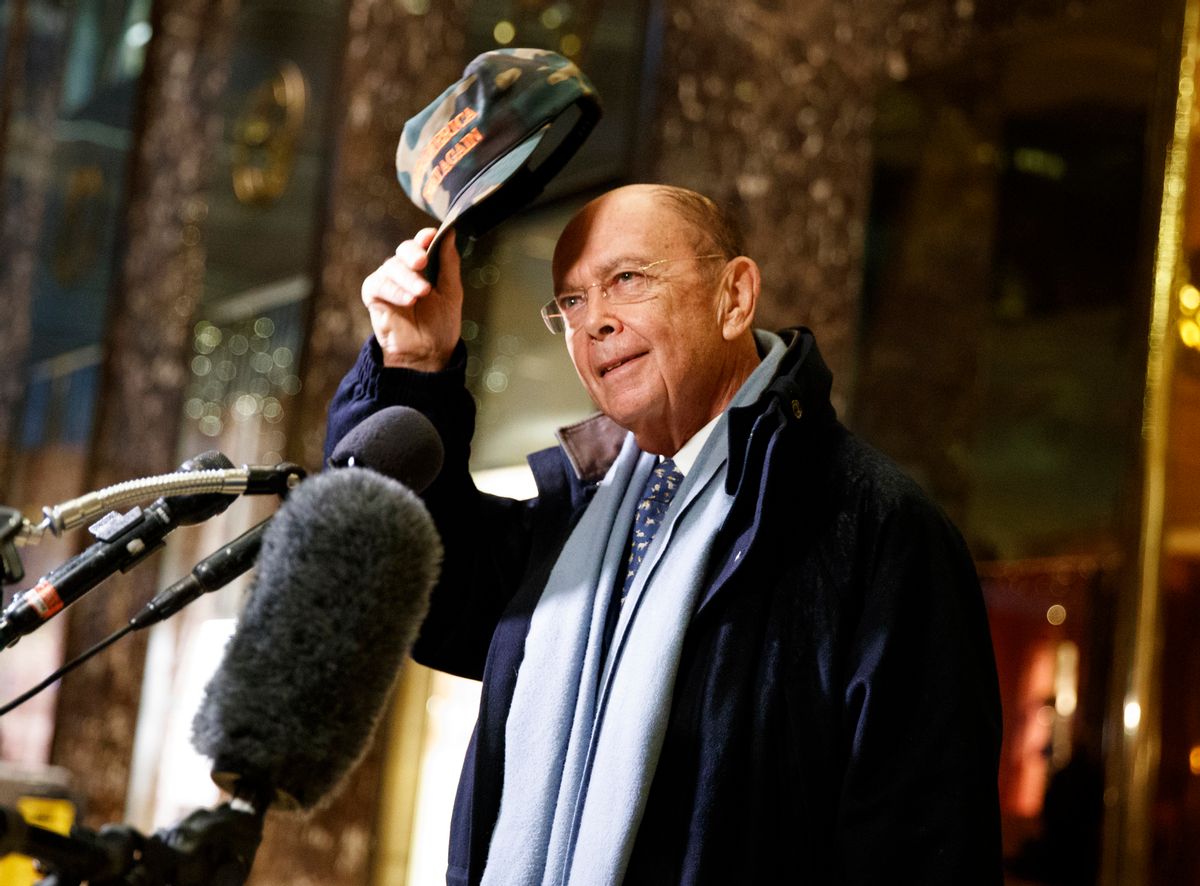 President-elect Donald Trump may like to tout his opposition to offshoring jobs on Twitter, but his choice of secretary of commerce conflicts with that agenda.

country and with the massive cost reductions I have negotiated on military purchases and more, I believe the people are seeing "big stuff."

Companies controlled by Wilbur Ross, a billionaire known as "the king of bankruptcy" for buying struggling businesses and turning them around into profitability, cut roughly 2,700 jobs since 2004 by shipping their production into other countries, according to data obtained by Reuters under a Freedom of Information Act request on Tuesday. These included textile, finance, and auto-parts companies.

While this background isn't necessarily surprising for a Republican political appointment — 2012 Republican presidential nominee Mitt Romney came under fire for investing in companies that shipped jobs overseas — it calls into question Trump's commitment to keeping American jobs in this country. Trump has repeatedly tried to take credit for saving jobs by either inflating the numbers or flat-out lying about his own efforts.

And, of course, he has also taken to a great deal of tough talk on Twitter.

The U.S. is going to substantialy reduce taxes and regulations on businesses, but any business that leaves our country for another country,

fires its employees, builds a new factory or plant in the other country, and then thinks it will sell its product back into the U.S. ......

without retribution or consequence, is WRONG! There will be a tax on our soon to be strong border of 35% for these companies ......

It remains to be seen whether Trump's rhetoric or Ross's business background will prevail in determining whether American jobs are actually kept in America.