Trump has yet to show he will Make America Great Again, but he has certainly made Goldman Sachs even richer 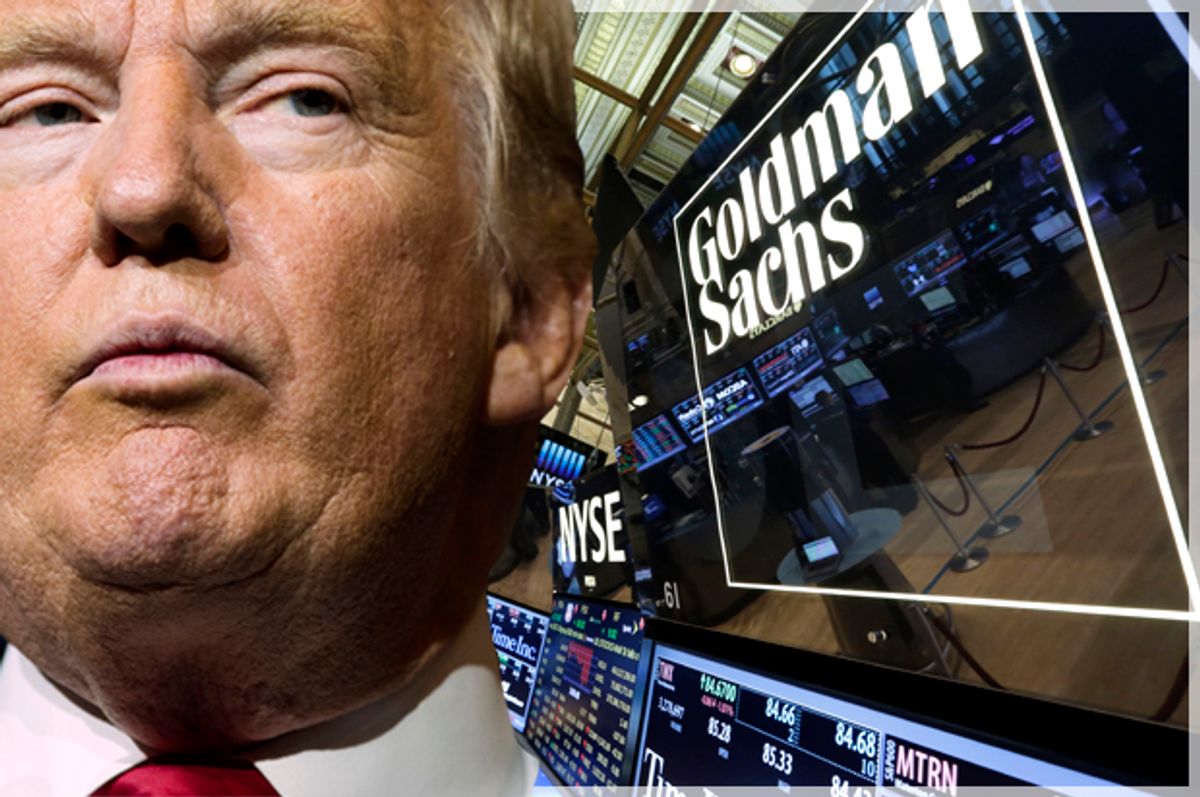 Goldman Sachs reported an almost fourfold increase in its quarterly profit on Wednesday due, in large part, to the increase in trading that has occurred since Donald Trump defeated Hillary Clinton in the 2016 presidential election.

In terms of net income attributable to common shareholders, the financial behemoth saw a jump from $574 million from last year's fourth quarter to $2.15 billion in this year's fourth quarter, according to a report by Fortune on Wednesday. Earnings per share likewise saw a tremendous increase, skyrocketing from $1.27 to $5.08. This figure also held when adjusted, surpassing the average estimate of $4.82 that analysts predicted. Finally, revenue from trading currencies, commodities, and fixed-income securities increased by 78.3 percent to a cool $2 billion.

Despite running for president as a populist and pledging to "drain the swamp," Trump's administration has so far been disturbingly friendly to Goldman Sachs, which had to pay $5.06 billion due to the fact that its sale of unsound mortgage-backed securities from 2005 to 2007 contributed substantially to the 2008 financial crisis. His administration has been stocked with Goldman Sachs alumni, including former banker Steve Bannon, whom he appointed as chief strategist. He also brought in former partner Steven Mnuchin, who he appointed as secretary of the treasury, former chief operating officer Gary Cohn, who he appointed as director of the National Economic Council and former banker Anthony Scaramucci, who has worked as a transition adviser.

Trump also appointed Wall Street lawyer Jay Clayton as head of the Securities and Exchange Commission. Although Clayton has never directly worked for Goldman Sachs, he has represented them as a client, and his wife Gretchen is a wealth management adviser there.