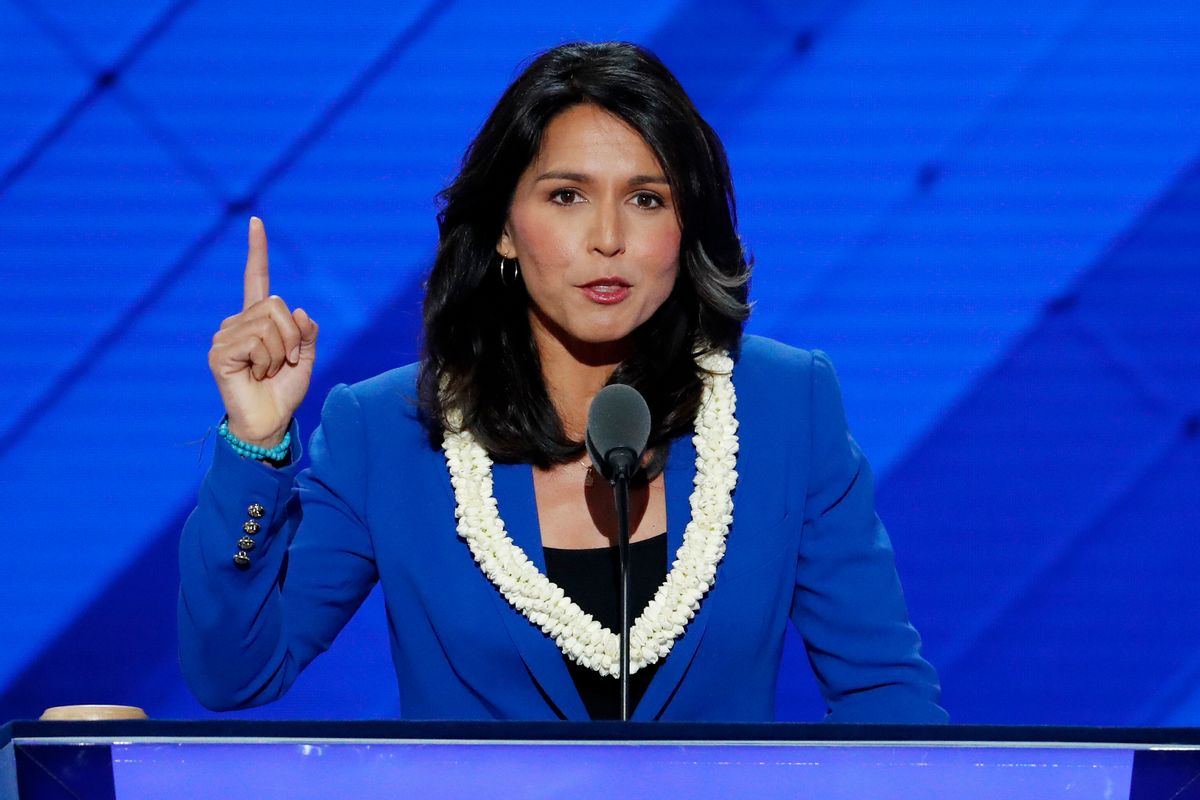 Rep. Tulsi Gabbard, a sophomore Hawaii Democrat and Iraq War veteran, recently embarked on what her office called a "fact-finding" mission to Damascus, in Syria.

Congressional travel to the devastated country is exceedingly rare, especially as fighting continues in direct violation of a recent cease-fire agreement brokered by Turkey and Russia. This week, Syrian government forces backed by Lebanese militants attempted to recapture a rebel-controlled area near Damascus that includes a pumping station that supplies most of the city’s water.

Spokeswoman Emily Latimer told FP that Gabbard "felt it was important to meet with a number of individuals and groups, including religious leaders, humanitarian workers, refugees, and government and community leaders."

"Gabbard has long been committed to peace and ending counterproductive, interventionist wars," Latimer added, declining to disclose whether her boss had met with Syrian President Bashar al-Assad.

Gabbard's foreign policy stances — e.g. that Assad should remain in power for so long as the U.S. is battling ISIS — starkly contrasts those of most House Democrats.

"I don't think Assad should be removed," she told CNN's Chris Cuomo in November. "If Assad is removed and overthrown, ISIS, al Qaeda, Al Nustra, these Islamic extremist groups will walk straight in and take over all of Syria . . . they will be even stronger."

The Washington Post called Gabbard "The Democrat that Republicans love and the DNC can’t control." And as The Atlantic notes, she is a favorite of former Breitbart News chairman and current top adviser to isolationist President-elect Donald Trump, Steve Bannon.

Bannon . . . has praised Gabbard’s views on guns — she supports some gun restrictions, but not others; her alignment with Republican senators on Syrian refugees coming to the U.S.; and, of course, Islamist terrorism. Indeed, Gabbard’s name was not among the 169 Democratic lawmakers who wrote to Trump criticizing his hiring of Bannon.

In 2016, Gabbard resigned as vice chair of the Democratic National Committee in order to throw her support behind Bernie Sanders, citing, "my strong belief that we must end the interventionist, regime change policies that have cost us so much."

"This is not just another 'issue.' This is THE issue, and it’s deeply personal to me," she continued in an email to the DNC obtained by Politico. "This is why I’ve decided to resign as vice chair of the DNC so that I can support Bernie Sanders in his efforts to earn the Democratic nomination in the 2016 presidential race."