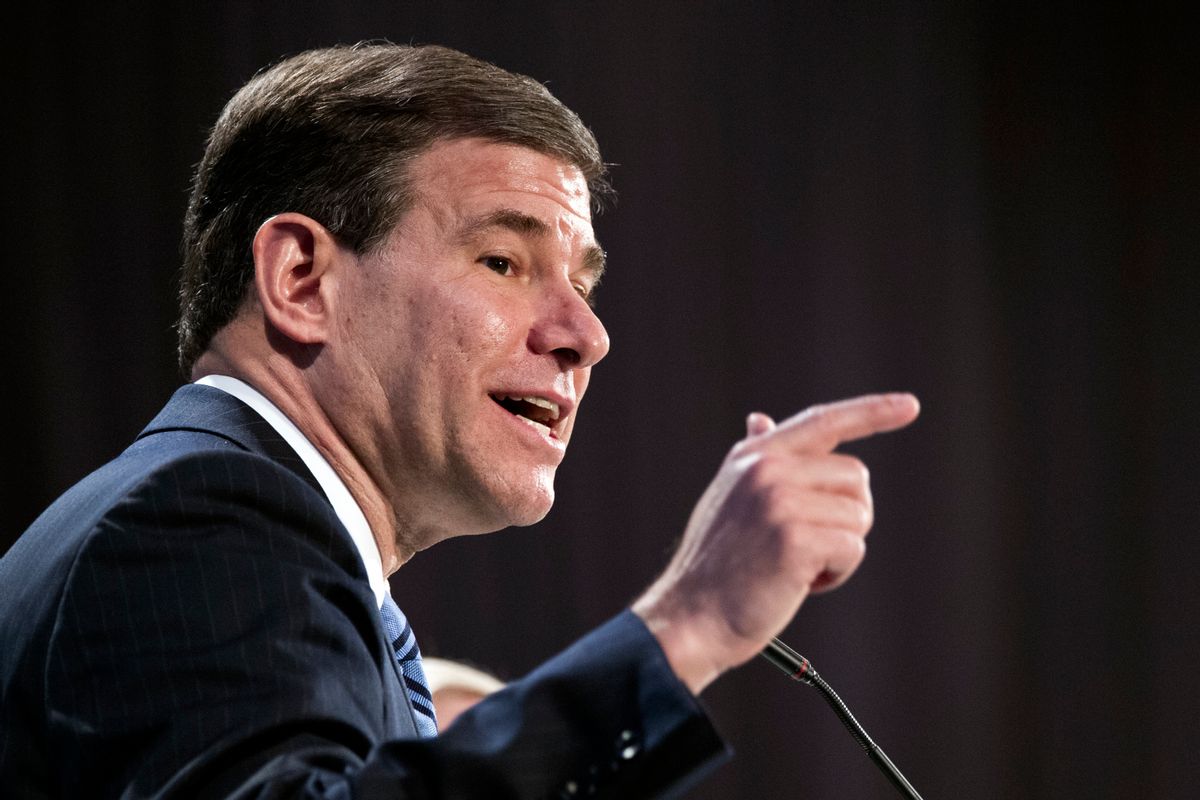 FILE - In this Nov. 17, 2016, file photo, Judge William Pryor, U.S. Court of Appeals, Eleventh Circuit, moderates a panel discussion during the Federalist Society's National Lawyers Convention in Washington. President-elect Donald Trump has met with one of the judges on his short list for potential Supreme Court nominees, less than two weeks before he is expected to announce his choice for the nation’s highest court. Pryor met with Trump in New York on Jan. 14, said two people familiar with the meeting. (AP Photo/Cliff Owen, File) (AP)
--

WASHINGTON — President-elect Donald Trump has met with one of the judges on his short list for potential Supreme Court nominees, less than two weeks before he is expected to announce his choice for the nation's highest court.

Judge William Pryor, an Alabama-based judge on the 11th U.S. Circuit Court of Appeals, met with Trump in New York on Saturday, said two people familiar with the meeting. They spoke on condition of anonymity because the meeting had not been publicly announced.

Trump said last week that he would select a candidate to fill the seat of the late Justice Antonin Scalia within his first two weeks in office. He has promised to seek someone in the conservative's mold and said he is working from a list of 21 people, mainly conservative state and federal judges in their 50s.

For nearly a year, the court has had only eight justices, which means they can deadlock at 4-4 on decisions.

The likely confirmation of Trump's choice by a Republican-controlled Senate would restore a fifth vote for conservative outcomes in cases involving voting rights, the power of unions and in class-action lawsuits, lost with Scalia's death. Trump also has said he wants an abortion opponent on the bench, although it would take a second Trump appointee to bring about dramatic change on that issue.

Trump hinted last February that he had two favorites on the list of 21, Pryor and Sykes, although there is no indication that he's made a final decision.

Many factors come into play in choosing a Supreme Court justice, including age and gender. Typically, presidents seek nominees who have the potential for a long tenure in the lifetime appointments, seeking nominees under 60 years old. Pryor is 54.

Trump's victory rewarded Senate Majority Leader Mitch McConnell's strategy of refusing all year even to consider President Barack Obama's nomination of Judge Merrick Garland to take Scalia's seat. McConnell announced on the night that Scalia died that the vacancy should be filled not by Obama, but by the next president. The Kentucky Republican was criticized for his stance by Obama, other Democrats and many legal scholars.

Pryor also is a member of the U.S. Sentencing Commission, an independent agency that sets sentencing guidelines for the federal courts.

He was the Alabama's attorney general from 1997 to 2004. His predecessor in that job, Sen. Jeff Sessions, is Trump's pick for U.S. attorney general, and the two — both natives of the city of Mobile, are said to have a close working relationship.

In a statement in 2005 following Pryor's nomination to the Eleventh Circuit, Sessions hailed Pryor as someone who "personally does not believe in abortion. He does not believe it is right. He believes it is wrong."

Pryor once called the 1973 landmark abortion decision, Roe v. Wade, the "worst abomination in the history of constitutional law."

He has also warned against the danger of "activist judges" influenced by personal beliefs. When he was appointed to the Eleventh Circuit, he said he would put his personal feelings aside and follow legal precedent.

Locally, Pryor had a reputation as a scholarly attorney general, more interested in the law than rough-and-tumble politics.

After getting a ninth justice on the court, the next big question will be whether liberal Justices Ruth Bader Ginsburg and Stephen Breyer, and Justice Anthony Kennedy, the pivotal vote closest to the court's center, will retire during a Trump administration or try to stay on the bench in the hope that Trump is not re-elected in 2020. Ginsburg is 83, Kennedy is 80 and Breyer is 78.